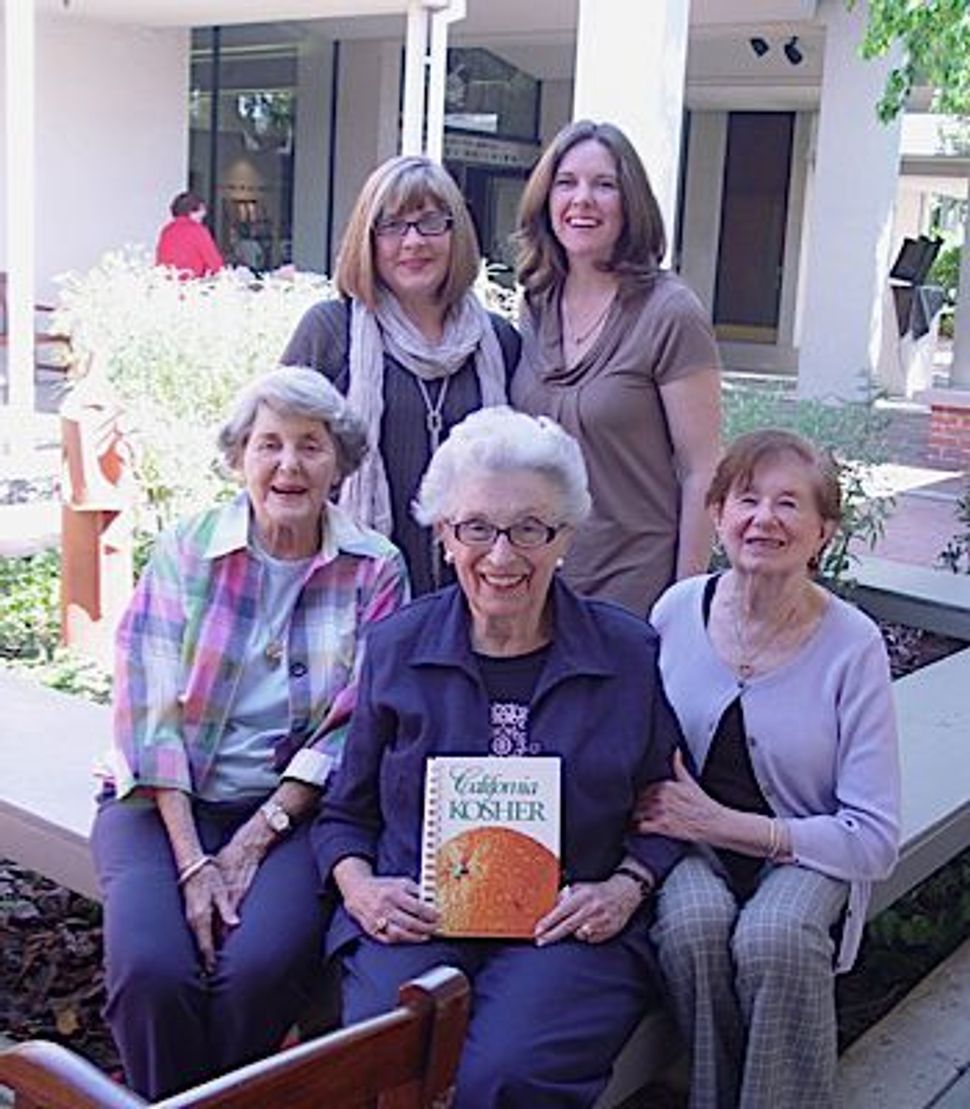 “California Kosher,” reshaped a generation of Californians’ understanding of kosher cuisine when it came out in 1991. The book was intended to celebrate the variety of fresh fruits and vegetables available in California virtually year round and the diverse cultural and culinary influences surrounding the Los Angeles Jewish community, says Pearl Roseman the editor of the book. In honor of the book’s 20th anniversary this year, an expanded and updated edition will be printed and an accompanying blog highlighting California Jewish cuisine is already up and running.

While “California Kosher” does have its traditional tzimmes, kugel and rugelach recipes, it has many more lighter, contemporary recipes such as Orange-Carrot Souffle, Chinese coleslaw, Leslie’s Mexican gefilte fish, Chile Relleno Casserole, Japanese-Style Chicken in a Pot and matzo lasagna.

Published by the Women’s League of Adat Ari El, the oldest and one of the largest synagogues in Los Angeles’ San Fernando Valley, it’s not your typical sisterhood cookbook. It has gone through eight printings and ranks well within Amazon.com’s top 100 regional cooking, food and wine books for California and the West.

Complementing the book is the blog California Kosher Cooks launched last year by Christine Prell and Lena Labowe, co-vice president’s of Adat Ari El’s Cookbook Committee, which is responsible for the cookbook.

“We see the blog as starting a new food conversation within our congregation and beyond,” said Prell. “We’re approaching our first Passover with the blog and we’ll be looking at the response to different types of recipes, comments and contributions from cooks.”

Recent recipes featured on the blog include a BBQ wings and pareve ranch dressing from congregation member and pastry chef Eitan Loewenstein, who created the recipe as a respite from the sweet flavors he usually works with. Anyone, shul member or not, can submit recipes to the blog as long as it is an original recipe that follows the laws of kashrut, she said.

At the first meeting of the Cook Book Committee to discuss the new recipes to be included in the second edition, Prell said there were notable differences from the original recipes.

“It’s very interesting to see how much has changed in the recipes,” she said. “We didn’t get many recipes for beef, but we got a ton of recipes for fish. Many fewer recipes call for canned ingredients. They tend to use more whole foods and to be lighter in terms of calories, salt, sugar and cholesterol.”

Submissions can be sent to californiakoshercooks@gmail.com.

Jeannette M. Hartman is an independent health and food writer. She is fascinated by the role that food plays in good health and the complex social, spiritual, environmental and economic issues involved in the act of sitting down to a meal.