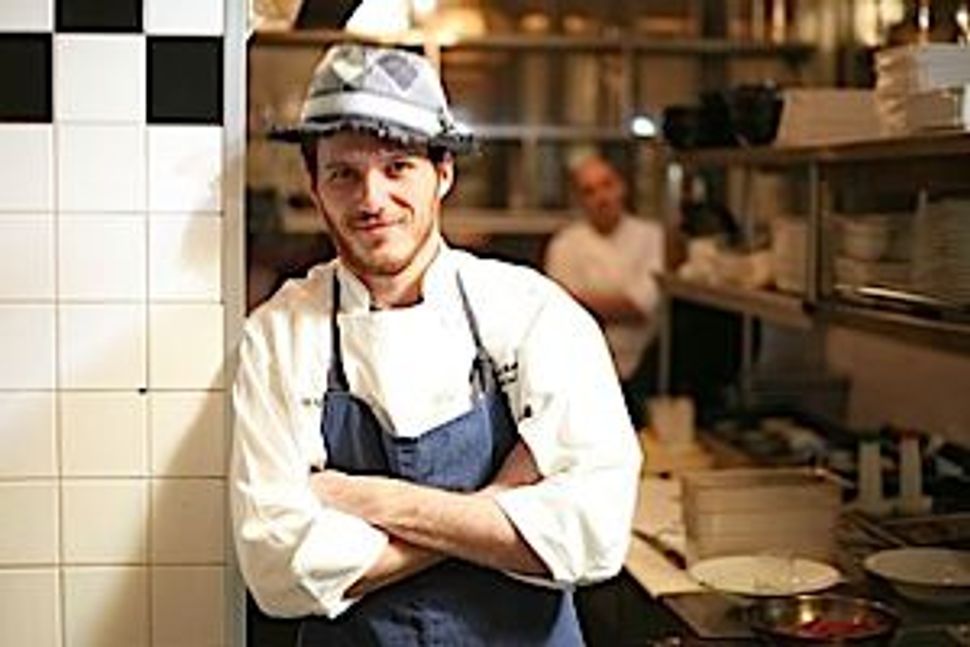 Image by Courtesy of Sixth and I

Let’s face it, the deli is simply not Washington D.C.’s forte. The city, which is increasingly gaining attention for its emphasis on thoughtfully minded food, has always seemed happy to let New York and Montreal have that honor.

But that may change on May 20, when a kosher deli on wheels backed by some serious star power rolls out onto city streets. The food truck, Sixth & Rye, is a project of the non-denominational Sixth & I synagogue. Former “Top Chef”-testant Spike Mendelsohn and personal chef Chef Malcolm Mitchell will be serving up nouveau deli fare to customers around the district on Friday afternoons this summer and into the fall.

The truck’s signature dish will be a smoked corned beef sandwich with mustard on rye. “It’ll be an old school Montreal smoked meat sandwich,” said Mendelsohn, who grew up in Montreal, but made with “slightly different pickling juices and spices.” While the menu is not finalized, Mendelsohn said diners can also expect latkes and matzo ball soup. He plans to serve up a slight riff on the classics, “I’ll put my take on it, it’ll be with a twist, but not too far from the norm,” he commented.

With a nod to New York’s deli scene, the truck will bring down New York dill pickles for sale and stock black and white cookies for dessert. Diners can also pick up their Shabbat challahs from the deli. Menu items will range from $2 – $12.

The idea for the food truck came from the synagogue’s “Next Great Idea for the New Year” contest, in which community members sent in potential projects for the congregation. Over 100 entries came in, but the deli-on-wheels concept struck a chord with the synagogue’s team, who had long lamented the lack of good deli close by. “We don’t have wonderful New York or Montreal Jewish delis… And we thought of deli as the essence of Jewish food,” said synagogue director Esther Safron Foer. “We can think of no better way to fuse traditional with contemporary than by bringing classic Jewish fare that has transcended generations to the forefront of the latest local trend,” she also noted.

The truck will be staffed by Mitchell, Sixth & I staff and surprise “local Jewish celebrities,” says Safron Foer. Mendelsohn, who owns two D.C. restaurants — Good Stuff Eatery and We, The Pizza — will be working mostly behind the scenes on the project crafting the menu and recipes. He’s also using the project to “test the waters,” he says. “You might see a Mendelsohn’s butcher shop in the future… I could see Mendelsohn’s deli with smoked fish, meat, knishes, matzo ball soup… an old school Jewish deli in D.C. — call it Mendelsohn’s.”

While this is his first foray into cooking deli fare, Mendelsohn is well acquainted with preparing Jewish food. He cooked with his mother at Sixth & I for a Latke Mania Hanukkah event and was the second “Top Chef” contestant from his season to put a spin on Jewish food. The first, Nikki Cascone, opened Octavia’s Porch, a restaurant that serves “global Jewish cuisine” last year in New York.

Sixth and Rye will park itself in different neighborhoods throughout the district. You can track them on twitter @sixthandrye.