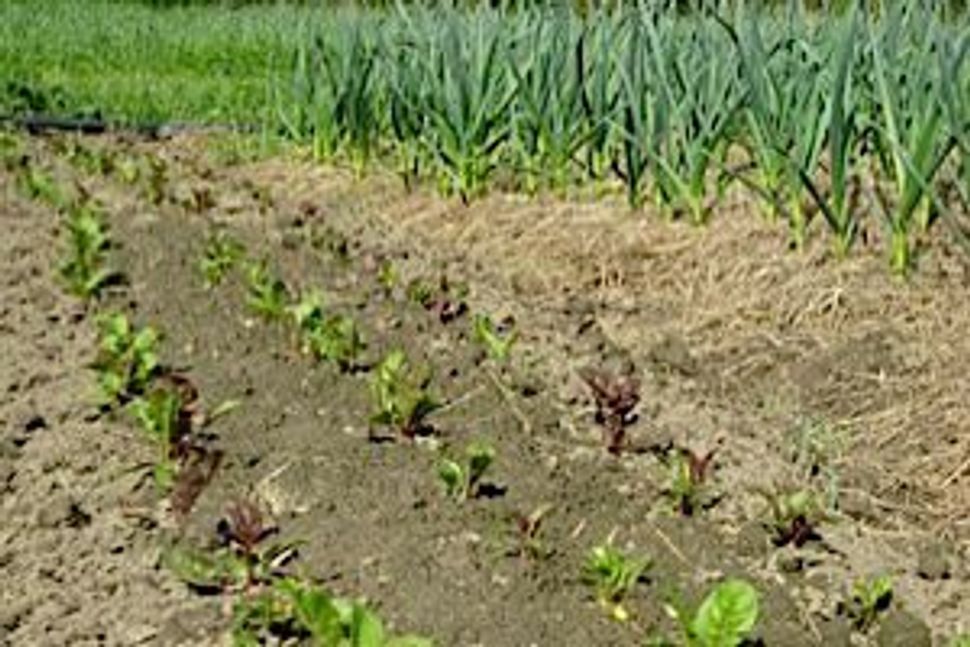 Many years ago, as I was just beginning to learn about eating locally, I took what felt like a big step: I promised myself I would only eat strawberries in the summer, when they were ripe in New York where I lived. I would celebrate summer with the sweet red juiciness of freshly-picked strawberries, and cast away their pallid, California-born cousins that would appear on fruit platters and dipped in chocolate at other times of the year. The switch hit home an important lesson: Eating with the seasons brought new treats with the passing of time. Waiting for those strawberries, I noticed the seasons change…and I enjoyed those strawberries ten times more than I had before, having waited so long to eat them once again.

In practice, the pressure of waiting for the next harvest is something we’ve largely relieved ourselves of, thanks to refrigeration, transportation and new varieties bred to withstand season bending production and travel. But Jewish tradition still retains something of that eager countdown towards a new crop: counting the Omer.

The Omer is a period of 49 days between Passover and Shavuot, and every day is counted according to a special formula: Today is the X day of the omer, which is X weeks and X days of the Omer. Every day, a notch, inching closer. To what?

In ancient Israel, Passover marked the time of the barley harvest, and was celebrated by ridding the house of the previous year’s grain. Wheat – a finer, tastier grain – matured later, and was harvested for the holiday of Shavuot. In counting the Omer, we count not only the days between the holidays, but between crops, anticipation building with every numbered night.

With a few exceptions, our wheat and barley tend to be grown in far away places, and since we enjoy them mostly as flour or already milled seeds, we don’t have nearly the same sense of them as “fresh” or new crops. However – there are plenty of other crops we can use to countdown instead!

In the Northeast, many vegetable farms will start their Community-Supported Agriculture deliveries in early June – right around the time of Shavuot. In a CSA, people sign up for a share of produce from a farm for the entire season; they pay in advance, and wait for the farmer to share their bounty throughout the season. Unless farmers have season extension options such as row-covers or greenhouses, their first crops will be ready around the beginning of June. For these farmers springtime is a dizzying season of counting: this many trays of beet seedlings, that many trays of golden beets, this many rows, that many beds. Easter Egg and English Breakfast and other radish varieties to be sown in bunches of five, seeds poked into the soil in alternating rows of three and two. Seven weeks, and they’ll be ready for bunching. Lots of numbers, lots of counting.

The early weeks of June in the Northeast will bring CSA deliveries of spinach and snap peas, scallions and radishes. Strawberries for the lucky! Cilantro, parsley, chives. Perhaps some rhubarb. Mesculun mix and maybe a head or two of lettuce. And chard and kale and garlic scapes will soon follow.

Not only farmers are counting, but the CSA members themselves. They know that somewhere, in a field not too far from where they live, tiny seedlings are basking in the gentle spring sun, soaking up water, putting down roots, growing into beautiful vegetables that will soon adorn their tables. They know the season is changing, and the signal for the change will be the first CSA pick up. They’ll delight in the first fruits of the land, and know that the season of counting and waiting is over.

Whether you’ve signed up for a CSA share this season, or not, consider counting the Omer by your local harvest. Ask the farmers at your greenmarket what they plan to be harvesting in early June. Then count the days until it arrives.