Siach: Embracing the Complexities of an International Conversation 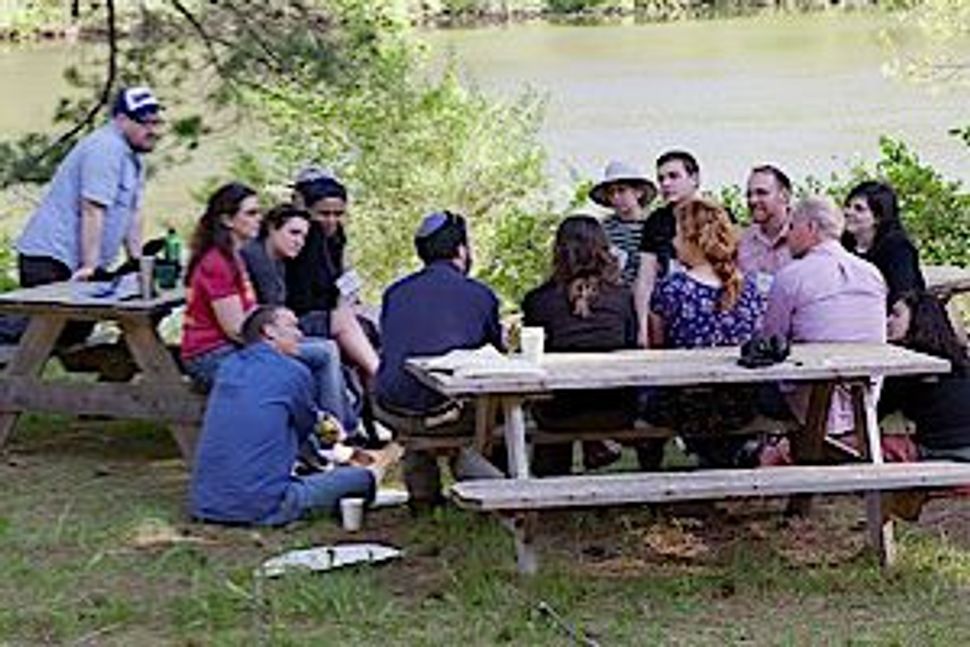 In the course of our day-to-day work, each of us has our own specialties, our own strengths and our own peculiarities. When we come together in partnership, we can build upon each others strengths to make a greater whole. Siach: An Environment and Social Justice Conversation brought together 120 environment and social justice activists from North America, Europe, and Israel this past weekend, to meet each other, network and begin to think about ways to collaborate and work together.

Over the course of the weekend, what emerged was a gathering that embodied the value of partnership that it espoused (Siach was a collaboration between Hazon in the US, Bema’aglei Tzedek in Israel, and Jewish Social Action Forum in the UK, and was generously supported by UJA-Federation of New York), along with some heated debate about how to pursue Jewish justice. The conference was ambitious in its aspirations to bring together many different groups with disparate viewpoints on food and environmental justice issues and widely differing opinions on Israeli policy.

For a number of people the relationships between food and environmental issues, or between food and social justice issues were not entirely straightforward. These differing viewpoints and professional and personal experiences created rich and intense conversation throughout the weekend.

Representative of various food justice initiatives chatted with one another, expressing their means of producing just food. Eiran Davies who helped launch a farm Shabbaton program outside London; Elik Almog, from Tor Hamidbar, an organization that runs a coffee shop in Be’er Sheva employing at risk youth and operates a sustainability center to help develop urban farms and gardens; Einat Kramer from Teva Ivri (Jewish Nature) and Gidi Kroch from Leket Israel, each brought something different to the conversation over the weekend.

In one session Naomi Tzur, Deputy Mayor of Jerusalem, said that when the city of Jerusalem protects the 500 million birds that migrate over Jerusalem twice a year, the city is protecting the global food chain. As one participant commented, “This is a beautiful image that conveys the feeling that I had at the conference that as each of us does our part, whatever our issue and wherever we live, we are contributing to fulfilling a Jewish mission across space and time.”

Within this diverse international gathering, it was also critical to address that fact that Israel occupies a complicated place in the international Jewish social justice community. While this hot button issue often leads to heated fights or avoidance of the issues, the conference provided a platform for the group to raise the questions, concerns, and challenges that were the subtext behind all of the conversations leading up to this moment. The “elephants in the room” stampeded out and participants had a frank and emotional conversation. Everyone heard things that they agreed with and things that they didn’t – expanding the complexity of the conversation.

As one participant reflected, “There were some tough moments as Israelis and diaspora Jews shared their feelings, but what emerged was a stronger sense that we are part of one Jewish family. I was particularly moved when one Israeli described how she always knew she was supposed to be connected to Jews in the diaspora, but she had never actually encountered any of us as equals before.”

Another participant, who is involved in with Friends by Nature, a community empowerment organization that works to create change from within different Ethiopian communities in Israel, told the entire group that when he came to Israel from Ethiopia he came as a Jew. But over the years he had become an Israeli. The conference had rekindled his Jewish identity.

Judith Belasco is the Director of Food Programs at Hazon where she guides all of Hazon’s Food Programs and the expansion of our food work. She hopes to see you in August at the Hazon Food Conference.

Siach: Embracing the Complexities of an International Conversation