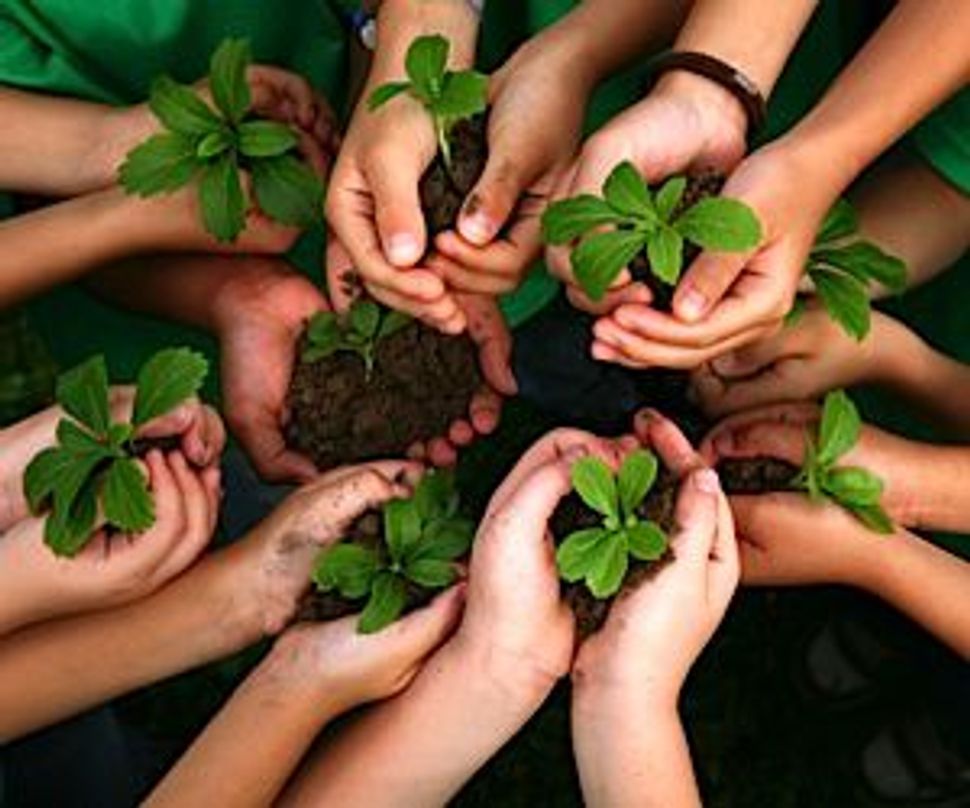 Some are doing it to answer the first lady’s call to fight childhood obesity. Others are doing it as a way of answering the Jewish call of shmirat haguf, or taking care of one’s body. Either way, Jewish summer camps of all sorts throughout the country are increasingly focusing on healthy eating and helping kids make educated food choices.

Some, like Pinemere Camp in Pennsylvania, have been making small changes, like serving water and sugar-free “bug juice” instead of sweetened drinks and soda at meals, while others have completely overhauled their menus to serve mainly organic, vegetarian or vegan fare. But in all cases, the message to the campers is “to be conscious that what goes into your body is healthy,” as Alyssa Golob, director of Camp Butwin in St. Paul, Minn., put it.

Camp Butwin, like many Jewish camps now, has a vegetable garden on its property, which is tended by campers and integrated into the camp’s educational program. Not only do the children learn hands-on about how fruits and vegetables are grown, but they also get to cook and eat what they harvest. Camp Butwin, a JCC day camp, participates in the JCC Association’s new “JCC Grows” program, which committed one-third of the country’s JCC’s to develop producing gardens and food-related programs such as farmers’ markets and community-supported agriculture sites (CSA’s) over the next three years.

Pattie Cippi Harte, a JCCA vice president, personally promised Michelle Obama that the organization would support her “Let’s Move: America’s Move to Raise a Healthy Generation of Kids” campaign in this way during a meeting at the White House last November.

Camp Milldale of the JCC of Greater Baltimore, which also has agricultural activities built into its program at neighboring Kayam Farm, has campers bring their own lunches from home. Director David Mitnick says that he publishes a list of healthy foods and snacks for parents to send, but that he can’t dictate what goes into kids’ lunch bags. Instead, he plays games like “Wacky Lunch Wednesday,” (a version is “Mystery Lunch Mondays”) in which kids draw cards from a basket and if they have the food listed on the card — like kale chips, carrots, yogurt or string cheese in their lunch bag, they get a prize. “Once the kids see that the biggest prizes go to the healthiest foods, we start seeing those foods show up more and more in kids’ lunches. Camp is about informal education,” Mitnick reflected.

On the other hand, at the JCC Camps at Medford in southern NJ, lunch is provided to all 1,550 campers at the largest JCC camp in America. Here the kitchen staff has to prepare 2,300 lunches per day, and this year those lunches will include freshly cooked pasta with fresh cheese and sauce rather than reheated frozen meals they’ve served in the past. According to camp director Aaron Greenberg, this is part of a move away from additives, preservatives and sodium. Other recent changes to the menu have included chicken tenders instead of chicken nuggets and fresh fruit and portion-control cookie and pretzel packets for snacks.

At sleep away camps, salad bars have become a mainstay. At Camp Judaea in North Carolina, more and more varied fruits and vegetables (some from the camp’s own garden) have been added to the salad bar. “The campers love going to the salad bar at every meal,” reported director David Weiss. “It’s a real treat, a real grown-up thing to do.”

Camp Tawonga, near Yosemite in northern California is sending out a dozen teens this summer to learn about agricultural production beyond the camp garden. In a new program called Teen Service Learning: Food & Farm, they will take a two week-long road trip through California, working on farms and exploring food-related issues like sustainability and bio-dynamics through a Jewish lens.

Ramah Outdoor Adventure director Rabbi Eliav Bock has devoted a lot of time and effort to establish relationships with local organic, sustainable and fair trade vendors, working out food donations and bulk price deals, like the 480 gallons of organic milk that was just donated to the camp by a local farm. The realization that “we spend more time eating than anything else at camp, other than sleeping” led Bock to hire a food education specialist and a new head chef, who specializes in vegetarian cuisine and makes his own fresh non-meat protein sources like seitan and tempeh (meat is only served once a week, on Shabbat).

There has been a real effort in the past few years to reduce the amount of refined sugar in campers’ diets, according to Rebecca Meyer, one of the assistant directors at Tawonga. At her camp, this has translated, for instance, into fruit only for dessert at lunchtime.

But all camp directors agree that completely removing sweets from camp life is not the way to go. At Ramah, treats are served on Shabbat, ice cream on July 4th, and cold soda at the end of long backpacking trips. “We are all about moderation,” explains Bock.

Ruben Arquilevich, director of URJ Camp Newman in northern California echoes Bock’s sentiment. At his camp, where Kabbalat Shabbat services are held in the camp’s vineyards to make the connection between Jewish blessings and the sustenance of the land, and most of the food served is prepared from fresh ingredients, sugar cereals are also available. He believes that kids need to be given options if they are to learn about balance, and that a sugary treat once in a while during an active camp summer is just fine. “We all know that if you are too strict, it backfires,” he said. “Moreover, you don’t want to take away the simple joys that create those sweet associations with camp.”