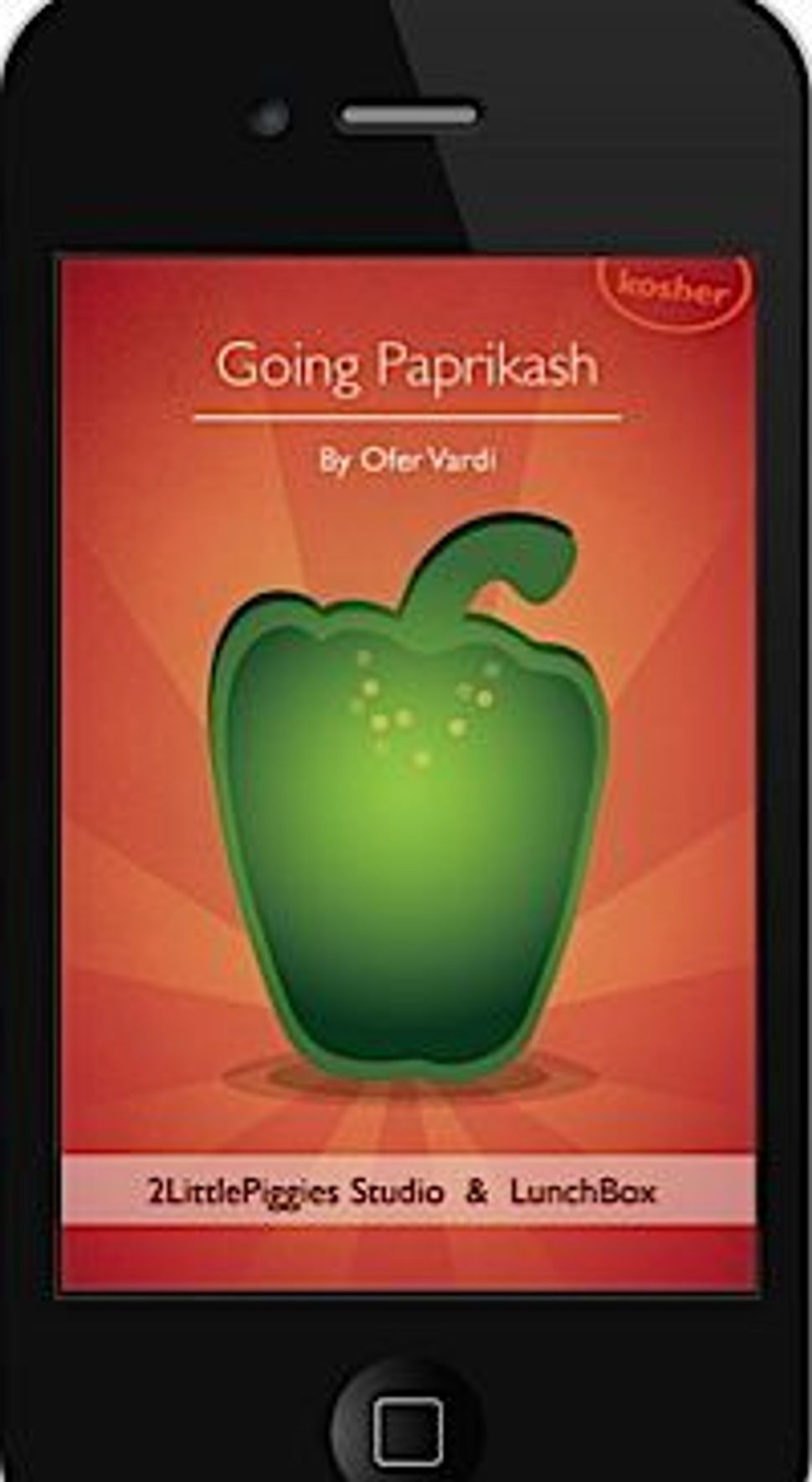 When Ofer Vardi’s Hungarian grandmother passed away in 2001, he and his family realized that a culinary era was over. Struck with panic, Vardi, a journalist, knew that he had to preserve her recipes, and thereby her memory — and fast. “I just sat down and thought what are we going to eat now?” recalls Vardi, who lives in Tel Aviv. “I started to think and to write the memories and recipes of course and it actually came from that place. I missed her and I missed her cooking and I just wrote about it.”

What began as a blog turned into a weekly column for Israeli news site Ynet, which naturally evolved into a Hebrew-language cookbook. Vardi says that “It started for me, for myself. When I started to write the blog I realized there are so many people all over who miss their grandmother’s cooking; it was very nice to hear about it and know that I’m not alone with these feelings.”

The first book to be published by Vardi’s publishing house, LunchBox, “Goulash Legolash” (Hebrew for “Goulash for Surfers”, and a play on words), came out in Hebrew in 2009. Rather than a traditional cookbook, “Goulash for Surfers” is presented as recipe cards in a box to mimic his grandmother’s recipe box. Next it was released as an iPhone app in Hebrew and, most recently, Vardi’s cookbook has made its English debut as Going Paprikash, an app for iPhone and iPad.

Going Paprikash is a moving collection of recipes and narratives from Vardi’s grandmother that tells not only her story, but also that of Hungarian Jewry in the 20th century. It is a rare example of a cookbook dedicated to Hungarian-Jewish food.

Although Budapest is home to the world’s second-largest synagogue, Hungary’s Jews have a long and conflicted history. Prior to World War II, there were about (825,000 Jews in the country)[http://www.jewishvirtuallibrary.org/jsource/vjw/Hungary.html]. More than half a million of Hungary’s Jews perished in the Holocaust, and thousands more fled to escape the communist rule that followed. Today the population of Jews in Hungary lingers somewhere between 50,000 and 100,000, with only a small observant community.

Vardi’s grandparents survived the Holocaust in Hungary but moved to Israel after the failed 1956 Revolution against the communist government. Vardi incorporates his family’s stories into the app, and each recipe contains a heartfelt introduction that somehow relates to the dish, usually through a personal anecdote. The recipe for cholent, for example, tells the tale of his grandmother’s close call in 1944. Hundreds of Jews had obtained sponsorship from Sweden and were crowded around a building in Budapest, waiting to leave. Vardi’s grandmother, then 27 years old, was suddenly hit with a pang of remorse about abandoning her country and turned around to go home. “Minutes later…she heard the echo of gunshots,” Vardi relays in the book. The group with which she had just been waiting was massacred.

Other stories are more cheery, as is the one that proceeds “Singles-Catching Soup,” a beef-shoulder soup made with parsley root, carrot, peas, mushrooms, celery root, kohlrabi and a roux. Here, Vardi recounts the tale of how his grandparents met and fell in love, then introduces this soup, said to ensnare potential lovers.

Hungarian-Jewish cuisine remains one of the lasting legacies of a people diminished and dispersed all over the world. The biggest difference, Vardi explains, between Jewish and non-Jewish Hungarian food is sour cream. “Hungarians put sour cream on everything, really everything,” he says. While chicken paprikash, for example, is traditionally thickened with sour cream, in Vardi’s kosher rendition the sauce gets body from a nondairy roux. Goose liver is another hallmark of Hungarian-Jewish cuisine.

In honor of his grandmother’s memory, and that of Hungarian-Jewish cuisine, Going Paprikash is kosher. Vardi includes an extensive holiday section with traditional Ashkenazi offerings, such as matzo balls for Passover and gefilte fish for Rosh Hashanah. Most of the holiday recipes, though, have distinctly Hungarian touches, such as langosh, a fried bread dish, for Hanukkah, or chicken becsinalt, a chicken fricassee, for the meal before the Yom Kippur fast.

And Vardi takes advantage of the digital format of an app by including not only photos and recipes, but also short videos of his family and Hungarian music, which can be played in the background while perusing. It is a deeply personal and touching glimpse into a family. Vardi says, “This book is lovingly dedicated to everyone who longs for rakott krumpli, paprikás csirke, gombóc and, in general, to all who miss Grandma’s cooking, no matter if Grandma is Hungarian or not.” Indeed, it is a loving tribute to grandmothers everywhere, and an attempt to preserve the rich Hungarian-Jewish culinary legacy.

Going Paprikash is available on the iTunes app store.

Chef’s note: The batter is meant to be rather runny, much thinner than regular pancake batter. It’s important to make sure the crepes are especially thin. Various recipes for fillings follow. In addition, they can also be filled with cocoa, sugar, jam, ground cinnamon and sugar, chestnut cream and whatever else you can dream up.

1) Whisk egg, milk, oil, soda water, flour and salt until a smooth and lump-free batter forms. Place the batter in the fridge for at least an hour.

2) Heat a pan well — one with low sides is preferable — and lightly grease.

3) Pour a ladle full of batter into the pan. Shake the pan around so that the batter spreads out in an even layer. Fry on each side until lightly golden.

1) Whip the egg whites to light peaks. Stir the remaining ingredients together in a separate bowl.

2) Fold in the egg whites into the other mixture.

3) Spread each crepe with a spoonful of filling, and roll. Serve with sour cream and powdered sugar.