Setting the Table: Framing the Conversation of a Jewish Dinner Table 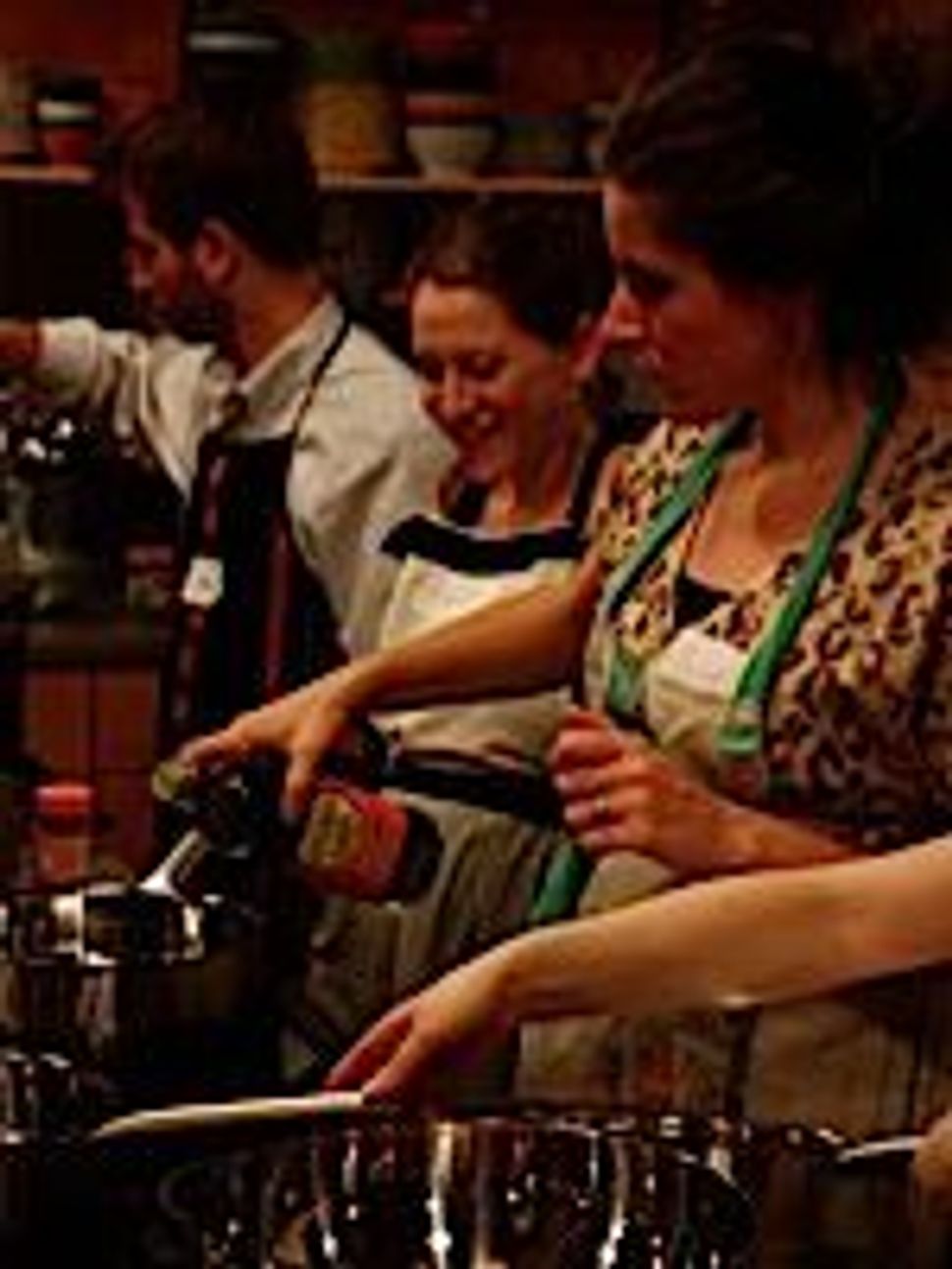 Image by Courtesy of Hazon

Starting a family commences a period of change. Expectant parents very quickly transition from thinking for themselves to providing for a new life, and the preparation and anticipation can be overwhelming. Especially when thinking about how we want to feed our new families.

This spring, Hazon piloted a new program, called Setting the Table, designed to help couples think through these challenges with a Jewish lens. Setting the Table, generously supported by UJA-Federation of New York, brought together three couples in Brownstone Brooklyn for a series of cooking classes and communal meals exploring Jewish ideas around the table.

Each session in this four part series featured cooking instruction led by chef and Jewish educator Linda Lantos. Participants learned essential tips and cooking techniques that will help them prepare healthy meals for their growing families. Each session, participants made three or four different dishes highlighting seasonal and local ingredients, and enjoyed them together around a communal table. One of the dishes was packaged for the freezer, to be eaten after their new baby arrives. Throughout the program, they prepared food that spanned the culinary spectrum, from a curried red lentil soup, to a roasted spring asparagus salad, to homemade whole-wheat challah.

Following the cooking portion of the evening, participants gathered around the table to enjoy the fruit of their labor and to learn from and grapple with ancient and contemporary texts focused on the experience of a family dinner table. The discussions led the participants to think about how they wanted to frame their family’s experience around the table. Participants discussed texts such as: “If three have eaten at one table and have spoken over it words of Torah, it is as if they had eaten from the table of God, for it is written (Ezekiel 41:22) AND ‘He said to me, ‘This is the table that stands before God.’” (Pirke Avot 3:4).

Participants discovered that “words of Torah” can be understood in their broadest sense. Whether it was for celebration or commemoration, they all recalled joyous gatherings around family tables and expressed their wish to create a similar environment for their children. What does it mean then to create this environment within a Jewish context?

One participant, who immigrated to the United States from the former Soviet Union as a child, expressed that growing up he did not have positive experiences with religious observance. He felt so uncomfortable and alienated that by the age of 12 he was totally turned off to Judaism. And through the program, he is seeing a way to be able to access part of Judaism as he begins to consider the life he and his wife will be building with their new child.

Everyone brings their own experience and identity to the communal table. Sharing a meal and conversation can create bonds between people that last for years. Creating a family space around the table, within the context of Jewish life, can be one of the most powerful ways to create positive family relationships.

If you are an expectant parent and you live in Brooklyn, we would love for you to participate in Setting the Table this fall. Visit www.hazon.org/settingthetable for more information.

Daniel Infeld is the Food Programs Fellow at Hazon and a recent graduate of Clark University. Daniel lives in Brooklyn with his Girlfriend, and he loves spending time with friends and loved ones around the Shabbat table, and he is looking forward to spending time with you at the Hazon Food Conference.

Setting the Table: Framing the Conversation of a Jewish Dinner Table