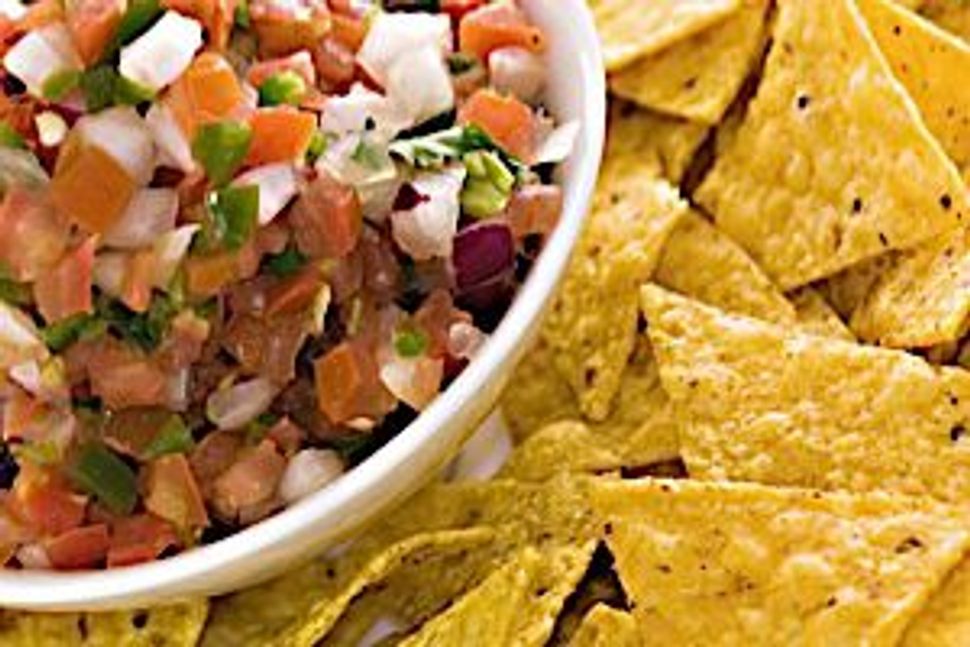 Geographically speaking, Mexico City is in North America, but it doesn’t quite feel that way. Known as the Distrito Federal (Federal District), it is the most important ﬁnancial, political and cultural city in Mexico, as well as an intense and beautiful place.

It is a city where the minimum wage is 57.50 pesos per day, ($4.80 USD), but service is always gracious. A city where the street stands sell better food than restaurants and where avocados are cheaper than apples. Best of all, it is a city where you don’t feel like you are missing out because you keep kosher.

Today, there are around 50,000 Jews, a mix of Ashkenazi and Sephardi, in Mexico, the vast majority of whom live in Mexico City. Sephardi Jews escaping the Spanish Inquisition arrived in Mexico in the 1500s, and the collapse of the Ottaman Empire in the early 1900s saw the arrival of Jews from Morocco, Turkey and parts of France. Ashkenzi Jews fleeing pogroms in Russian and Romania came to Mexico in the 1880s, later joined by Eastern European immigrants facing Nazi persecution in World War II.

There is no shortage of quality kosher restaurants in the city, but for the true foodie experience, you’ll want to eat like a local. The staple ingredients are always present, but the flavors vary greatly. Expect an abundance of corn, tortillas, beans, fresh salsa, cilantro and lime and a consistently excellent cuisine, on a low budget.

Don’t let the green walls and worn out decor of Restaurante Sinaí throw you off. This popular lunch spot located in the heart of the downtown working district serves authentic Mexican dishes cooked to perfection. Order the chicken served with mole poblano, a popular Mexican sauce that contains about twenty ingredients, including chili peppers and chocolate. The Molcajete De Carne is a traditional Mexican grinding stone bowl ﬁlled to the brim with a mouth watering combination of chorizo (spicy beef sausage), chicken strips, beef, grilled onions and jalapeños, served at your table bubbling in a hot sauce. Of course, corn tortillas and salsa are on the house, and the waiters will gladly serve you as many as you can eat.

Okay, so there is only one place to buy kosher street food in Mexico City. Even if there were more though, it couldn’t get much better than Kesaricas D´Mario. The traditional assortment of soft corn tortillas, made to order, include, quesadillas (half folded, crisp-fried corn tortillas), ﬂautas (rolled up, crisp-fried corn tortillas), sopes (circles of fried cornmeal dough) and chalupas (small cups of fried cornmeal dough), with your choice of ﬁlling including queso (cheese), nopales (cactus) and frijoles (refried beans). Top everything with complimentary salsa and guacamole. When you can’t look at another tortilla, order the ensalada, a crispy base of grilled cheese, topped with lettuce and fried vegetables. Save the best for last, and try the deep fried plantains, drizzled with caramel, sugar, jam and/or cream. Warning: The milk-crate seating by the stand is great for people watching, but it may lead to an extra gluttonous experience.

For under $10 in New York City, you’ll be lucky to walk away with a tuna salad and coffee for lunch. At Aka Kosher, for under $10, you will be served: warm corn tortillas and salsa, followed by a three course meal of soup, a main dish of grilled meat, chicken or ﬁsh, served with a side of rice and salad, followed by the dessert of the day, coffee and tea. Enjoy the unlimited guava juice with your meal.

The catch…your table is in a kosher supermarket in an underground car park. The food isn’t gourmet, but it’s tasty! It’s also worth checking out the range of tequilas and sotols, (a distilled spirit made from a native Mexican plant) sold at the supermarket, as most of them can only be found in Mexico, and cost about $14 a bottle. Also, try the kosher imitation chicharrones (deep fried pork rinds), a popular snack in Mexico.

Tacos ﬁlled with beef, onions and tomatoes, grilled chicken and steak, fresh pitas stuffed with hummus and falafel, warm tortillas served with red and green salsa, at Piny Tacos Kosher, they manage to get it all right. Like other Mexican establishments, the amazing food makes up for the lack of ambiance. The hosts will let you order right until closing time. A favorite midnight meal is the grilled hearts and livers, wrapped in warm tortillas and dipped in spicy salsa. Everything is reasonably priced, and even after throwing in a few beers, the bill is still small enough to make you want to come back the following night.

Mangoes in Mexico City are abundant, cheap and delicious. Conveniently, you can buy diced mango chunks in large cups from fruit vendors all over the city streets. Papaya, pineapple, melon and coconut can also be added to your personal mix. Follow local custom and top the fruit with a generous dose of fresh lime and chili powder (many chili powders are kosher certified, and vendors will gladly show you the container on request). Always use your better judgment when choosing where to eat; some stands are cleaner than others.