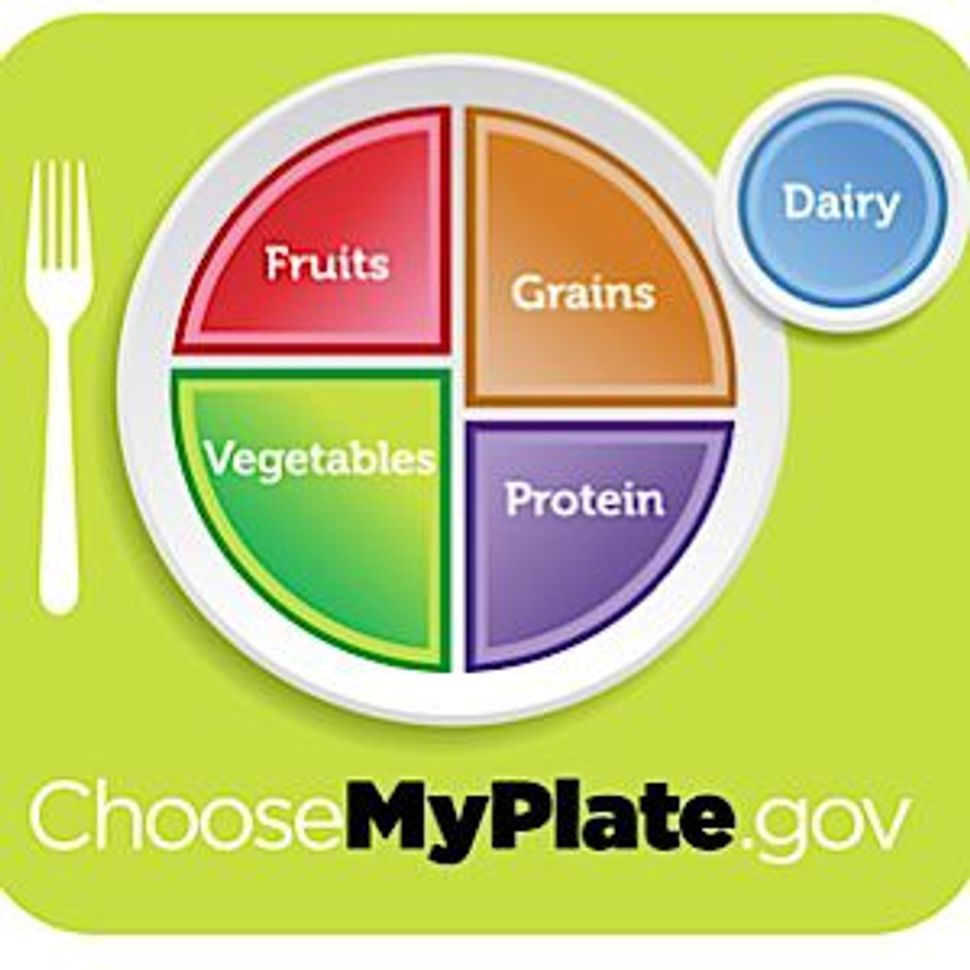 Since the earliest days of colonial America, our government has been involved in guiding consumer food choices. Through graphics, public service announcements, and food labeling, the government has been in the business of helping us decide what and how much to eat. Last Thursday, the USDA and First Lady Michelle Obama continued this tradition by unveiling MyPlate.

MyPlate attempts to take the mystery out of choosing healthy portions for your meal. Previous images, including the most recent food pyramid guided consumers towards how many servings of each food group they needed to consume each day. The earlier graphic representations, though, were confusing and unclear. As the First Lady explained during the launch event, “That’s why I like the MyPlate approach so much, because when it comes to eating, what’s more useful than a plate? What’s more simple than a plate? This is a quick, simple reminder for all of us to be more mindful of the foods that we’re eating.”

The MyPlate graphic brings to mind another famous symbolic representation of food on a plate, the Passover Seder plate. For thousands of years Jews have been passing along tradition around the Seder table, guided by the imagery of the Seder plate. And while the traditional Seder meal doesn’t necessarily promote healthy eating, the plate is a visual and visceral guide that uses food to stimulate discussion about ritual and tradition. It holds the key to the symbols of Passover. It is the central element to our celebration, and it helps us to understand our history and visualize our future.

MyPlate has a similar opportunity. Like the Seder plate, it is a powerful visual representation of food values, and it will help Americans to easily remember how much food they should be eating of each food category. The First Lady described how, as a mother, she is constantly bombarded with different messages, and she thought it was important that any new symbol be as simple as possible. “…As long as they’re eating proper portions, as long as half of their meal is fruits and vegetables alongside their lean proteins, whole grains and low-fat dairy, then we’re good. It’s as simple as that.”

While people probably won’t divide their portions into precise quarters on their plates, MyPlate has the power to be an important educational tool. When we begin to see it on our cereal boxes, in our text books, and in advertising, the message will sink in, especially for children. Like the Seder Plate, MyPlate can stimulate discussion about the food that is on our plates, and begin to help Americans live healthier lives.

Daniel Infeld is the Food Programs Fellow at Hazon, and a graduate of Clark University. Daniel lives in Brooklyn, and he loves spending time with friends and loved ones around the Shabbat table, and he is looking forward to spending time with you at the Hazon Food Conference