‘The Food of Spain’: Claudia Roden Looks Into the Country’s Delicious Past 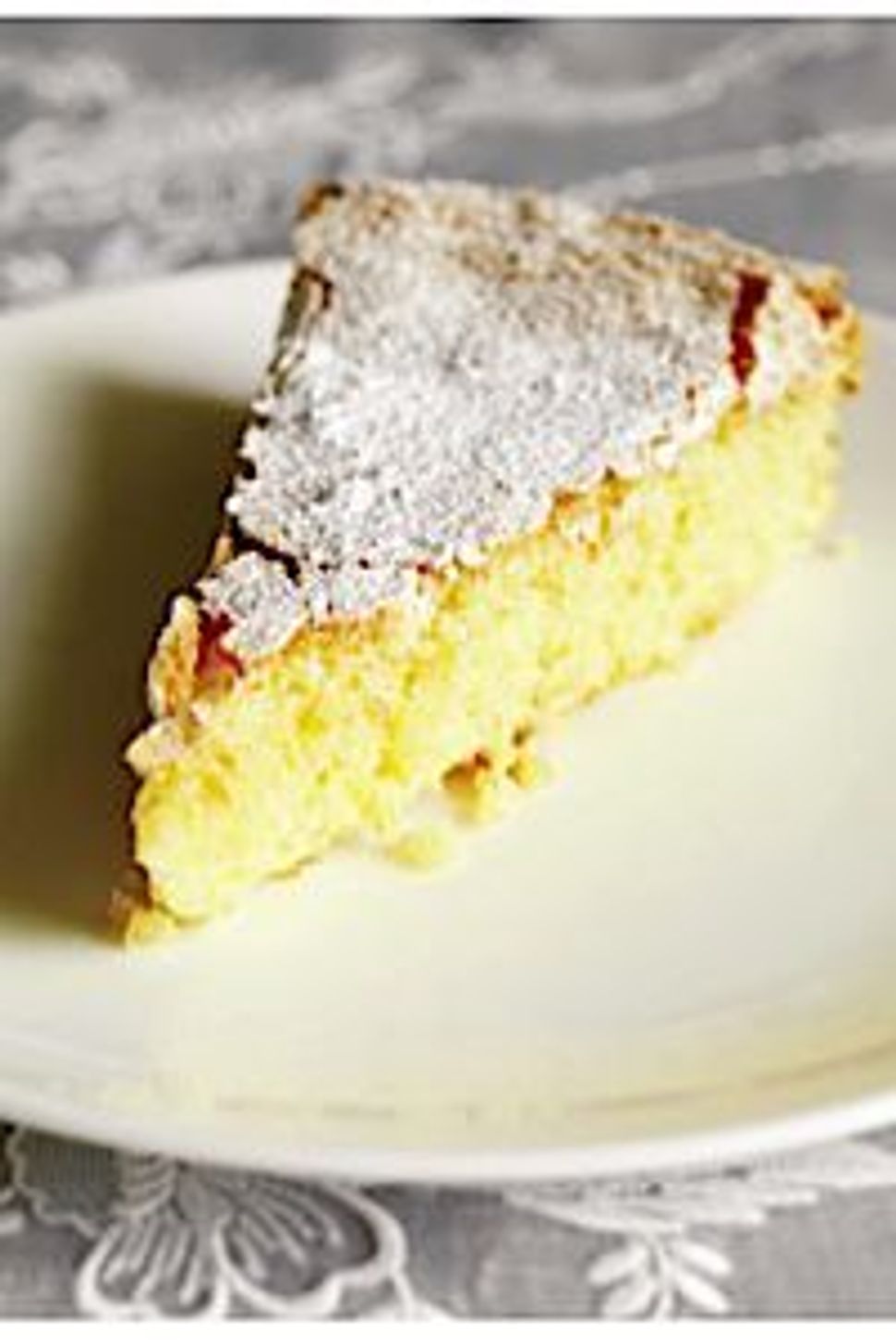 Writers like Julia Moskin at The New York Times and prominent members of the food community have pondered what will happen to Spanish cuisine without El Bulli. Some fear that the closing will hurt the country’s culinary tourism business; others hope it will allow light to shine on lesser-known chefs. But no one is certain.

Standing on a precipice, unsure of what lies ahead, is perhaps the best time to look backward. “You have to look into the past to understand Spain’s complex gastronomic map,” Roden writes. Her immense and exhaustive new book does just that. The tome is an indispensable guide to the country’s traditional cuisine, tracing the cultural and religious roots of many of its signature ingredients, dishes and culinary traditions.

The Jewish history of Spain is a tumultuous one, and its culinary influences are featured clearly in Roden’s book (her family also has Spanish roots). “Foods that were once associated only with Jews are common today in many parts of Spain,” she writes. Most diners and even chefs, however, may be unaware of the Jewish origins of their food, as the roots of the dishes go back to the time of the Inquisition and sometimes even earlier.

Jews who were forced into conversion during the Inquisition (called conversos) changed their diets and culinary traditions. They mixed Jewish cooking ways with nonkosher ingredients and often ate pork publically in order to “prove” their newfound faith and escape persecution. The mix of these traditions created recipes that were adopted by the Christian population and are now signature Spanish dishes.

Roden, in one of her numerous introductory chapters where she traces various origins of Spanish cuisine, tells of cumin-rubbed lamb, which was a staple of Jewish and Muslim households. After converting, this recipe was re-created by the conversos with pork, and ultimately became popular among the broader Spanish population.

The essential slow-cooked Spanish dish cocide madrileno, made with chickpeas, cabbage, various cuts of meat and sausages, most likely grew out of the Spanish-Jewish recipe for adafina, the local version of cholent, the one-pot slow-cooking Sabbath meal. Pork was added to the dish during the early days of the Inquisition, Roden explains before sharing an elaborate recipe. Preparing the dish without pork was a telling sign of a Jew living in secrecy, as was preparing other Sabbath dishes, like almodrote de berenjena (mashed eggplants and cheese and eggs).

Jewish culinary influence is also seen in the country’s sweets. As in Italy, many of Spain’s most iconic and delicious sweets historically were produced by nuns in convents, some of which were funded by wealthy conversos. Their endowment was thought to buy protection for their family and to ensure acceptance from their Christian neighbors. The widely available tarta de Santiago de Compostela, an almond cake that is made with orange-and-lemon zest and named for a cathedral to which pilgrims travel, was originally a Passover dish from Andalusia in the South. Fleeing the Berber Almohads in the 12th-century, Jews from the region brought the cake to Galicia in the northwest with them, Roden uncovered.

As well as whole dishes, Jewish touches are also seen in small additions of spices and ingredients that were associated with the community. Roden explains that Jews cooked all their dishes with olive oil instead of the more common butter or lard, to avoid mixing milk and meat. The scent of frying with olive oil led to a unique and identifiable smell of Jewish homes, as did their heavy use of garlic and onions. With the addition of tomatoes from the New World, this makes up the base of the Spanish sofrito, the base of countless Spanish dishes. Spices such as cinnamon, saffron, cumin, caraway and coriander were also associated with the community.

While Roden’s cookbook is far from kosher (“Jamon, dry cured ham, is now the best-loved food in Spain and the undisputed king of Spanish gastronomy,” she points out), the book provides readers with numerous recipes that are kosher or could easily be adapted with beef or chicken to create kosher renditions, like baked rice with currants and chickpeas and eggplant fritters soaked in milk and drizzled with honey.

The curious reader’s appetite is also sated with special notes on crucial ingredients like olive oil, vinegar and paprika and the origins of some of Spain’s most popular culinary traditions. (Tapas gained its name from a glass of port that was handed by innkeepers to stage coach drivers. A slice of ham called a “tapa,” or lid, was draped over the glass, the book explains). It is equally useful for those who wish to create a feast at home as it is for those who want to understand the history of Spanish cuisine.

And while Roden’s book is a thorough exploration of the past, it leaves the reader without estimations of what will happen to the cuisine of Spain next — in a world without El Bulli. But from her standpoint, one thing is certain: “They can’t go further than Ferran…. It’s impossible,” she told The New York Times.

Excerpted from “The Food of Spain” by Claudia Roden © 2011. Published by Ecco, an imprint of HarperCollins Publishers

This is a splendid cake. I have eaten almond cakes in other parts of Spain, but this one is special. Pilgrims and tourists who visit the great Cathedral of Santiago de Compostela in Galicia, where the relics of the apostle Saint James are believed to be buried, see the cake in the windows of every pastry shop and restaurant. It is usually marked with the shape of the cross of the Order of Santiago. I have watched the cake being made in many sizes, big and small, thin and thick, over a pastry tart base at a bakery called Capri in Pontevedra. This deliciously moist and fragrant homey version is without a base. There is sometimes a little cinnamon added, but I find that masks the delicate flavor of orange and almonds and prefer it without it.

When I suggested to a man associated with the tourist office in Galicia that the tarta was a Jewish Passover cake, I was dragged to a television studio to tell it to all. The hosts thought the idea made sense. The Galician city of Coruna is on the Jewish tourist route, because of its synagogue and old Jewish quarter. Jews from Andalusia, who fled from the Berber Almohads’ attempts to convert them in the 12th and 13th centuries, came to Galicia, where they planted grapevines and made wine.

The cake is normally made in a wide cake or tart pan and so it comes out low, but it is equally good as a thicker cake.

1) Finely grind the almonds in a food processor.

2) With an electric mixer, beat the egg yolks with the sugar to a smooth, pale cream. Beat in the zests and almond extract. Add the ground almonds, and mix very well.

4) Grease an 11-inch springform pan, preferably nonstick, with butter, and dust it with flour. Pour in the cake batter, and bake in a preheated 350 F oven for 40 minutes or until it feels firm to the touch. Let cool before turning out.

Variations
• Add 1 teaspoon cinnamon to the egg yolk and almond mixture.
• Majorca has a similar almond cake called gato d’ametla, which is flavored with the grated zest of 1 lemon, 1 teaspoon cinnamon, and sometimes a few drops of vanilla extract.
• In Navarre, the cake is covered with apricot jam

‘The Food of Spain’: Claudia Roden Looks Into the Country’s Delicious Past