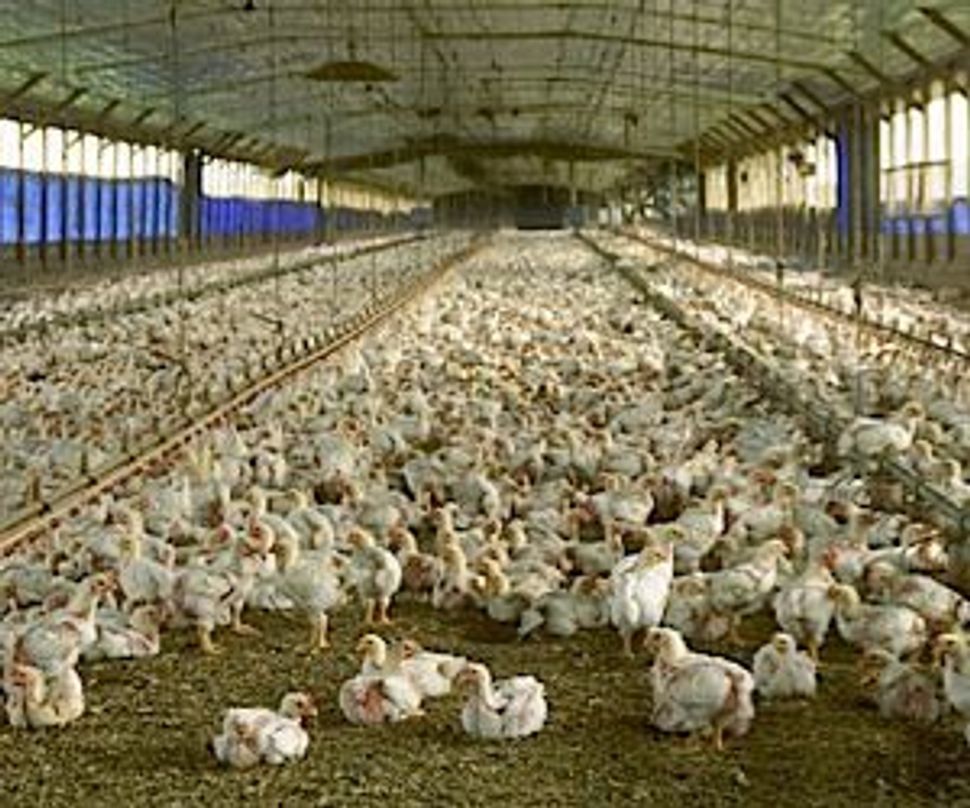 One of those questionable practices of CAFOs is the use of chemical and pharmaceutical additives in animal feed. For some meat producers, including KOL Foods, a company which I work for, that provides kosher, grass-fed and pasture-raised meat, the way to navigate the quagmire of regulations, human health concerns and environmental issues that stem from animal drug use is simple — don’t use the drugs at all. But for the meat that lines supermarket shelves, the story is a little different.

In CAFOs, animals are routinely given a complex mix of chemical and pharmaceutical feed additives in order to cheaply and quickly produce the meat that stocks supermarket shelves. These animal drugs, which promote maximum growth in minimum time and with minimum inputs, help the producers turn a profit, but they also create serious health and environmental concerns.

If an animal is sick, drugs that are used to make it healthy again are regulated by the USDA. But, if a drug used on an animal causes its meat to potentially make people sick, the issue moves into the FDA’s hands.

In order for a new animal drug to be approved, its makers have to demonstrate to the FDA that, for humans, the meat from animals treated with the drug has “a reasonable certainty of no harm.”

When new concerns are raised about already approved drugs, the process becomes more complex. The FDA must go through a formal hearing process in which they raise “serious questions” about the human health concerns stemming from use of the drug. If a judge rules in their favor, the burden of proof falls to the drug’s sponsor to demonstrate that use of the drug is safe.

In 1944, the FDA approved roxarsone, an arsenic-containing drug, for use in chicken feed for “for increased rate of weight gain, improved feed efficiency, and improved pigmentation” and “as an aid in the prevention of coccidiosis [a parasitic infestation].” Ever since, roxarsone has been widely used in the American poultry industry.

The poultry industry long maintained that using roxarsone is safe because it contains arsenic in a carbon-bound, organic form, distinct from the inorganic form of arsenic that is a known carcinogen and poison. Recently, however, scientific evidence has built that arsenic can convert to the more dangerous form, both inside chickens and inside the people who eat chicken meat.

On June 8th, the FDA released its own study in which it measured levels of inorganic arsenic in chickens, showing that the levels of this dangerous element were higher in the meat of chickens treated with roxarsone than in untreated chickens and thereby demonstrating that the use of roxarsone constitutes a risk to human health.

On the day that the FDA released its findings, Pfizer, roxarsone’s maker, announced its plans to end sales of the drug over the next 30 days. So far, the FDA has not moved to withdraw roxarsone’s approval, perhaps preempted by Pfizer’s voluntary action. Whether Pfizer was motivated by human health concerns, public relations concerns, or a desire to avoid an actual ban is difficult to discern, but the immediate result is undeniably positive.

Not only does ending roxarsone use reduce the arsenic on American plates, it also relieves environmental concerns stemming from the spread of arsenic-containing waste from treated chickens. The FDA’s jurisdiction allows it to move against an animal drug only for human health rather than environmental reasons, relegating this environmental victory to a fortunate side benefit.

Disappointingly, in the absence of an actual FDA ban of roxarsone, Pfizer retains the right to resume sales of roxarsone whenever it likes. Also, Pfizer continues to sell two other arsenic-containing poultry feed additives that are less well known, making the victory against roxarsone is still somewhat bittersweet.

The FDA and animal antibiotics

Another area in which animal drug use and human health concerns collide is in the area of antibiotic resistance. CAFO animals are treated with a slew of antibiotics, designed to prevent infection in these large, crowded, and dirty facilities rather than to cure diseases. This practice leads to concerns of antibiotic resistance, the creation of “superbugs” that don’t respond to the drugs that are supposed to treat them.

Whether or not antibiotic use in animals poses a risk to human health is a hotly contested question, with evidence mounting on both sides of the issue. To date, the FDA has withdrawn only one animal drug over human health concerns of drug resistance, despite the widespread use of many different antibiotics.

Given the existence of scientific evidence that animal antibiotic use causes problems of drug resistant bacteria in humans, the FDA’s inaction seems baffling. Unfortunately, the process of drug withdrawal is stacked against the FDA. In order to take action against a drug, the FDA must come up with the evidence of human health risk, and even then, its effort is wasted if the drug’s sponsor can refute the FDA’s claims. In a drawn-out battle of scientific evidence and legal processes, drug companies have a financial advantage, while the FDA is underfunded.

Where do we go from here?

In the case of roxarsone, the FDA’s research led to the removal of a human health risk from the American poultry industry. Hopefully, continued research by the FDA will lead to similar results, although more FDA funding is needed for the huge quantity of scientific evidence that would be needed to move against the many other risky animal drugs. In the long run, reorganization of the mess of federal agencies that share responsibility for different aspects of human health, animal health, and the intersection between them could result in a clearer focus on the health and environmental issues of industrial meat production.

Aside from raising concerns about FDA oversight, the issues of roxarsone and antibiotics raise other questions about industrial meat practices. Industrial meat comes from CAFOs where animals live in inhumane conditions, where waste is released into toxic “lagoons,” and where the use of chemical and pharmaceutical additives is the norm. If we stop to question these practices and their effects, we can choose not to support them by not buying meat that comes from CAFOs, by supporting alternative practices, and by being vocal about the need for change.

My own questioning of industrial (including kosher) meat practices has led me to intern with KOL Foods, allowing me to support meat produced in a ethical, health-protective, and environmentally-friendly way. When we think about the chicken on our Shabbat dinner table – where it comes from, who raised it, how it lived, how it got to our plates – we empower ourselves to take the action needed to make America’s food systems better.

Amy Radding is an intern at KOL Foods, a company that provides kosher meat produced in an ethical, health-protective, and environmentally-friendly way. She prefers her pharmaceutical-free, kosher, pasture-raised chicken spatchcocked and grilled under a brick with rosemary and lemon.