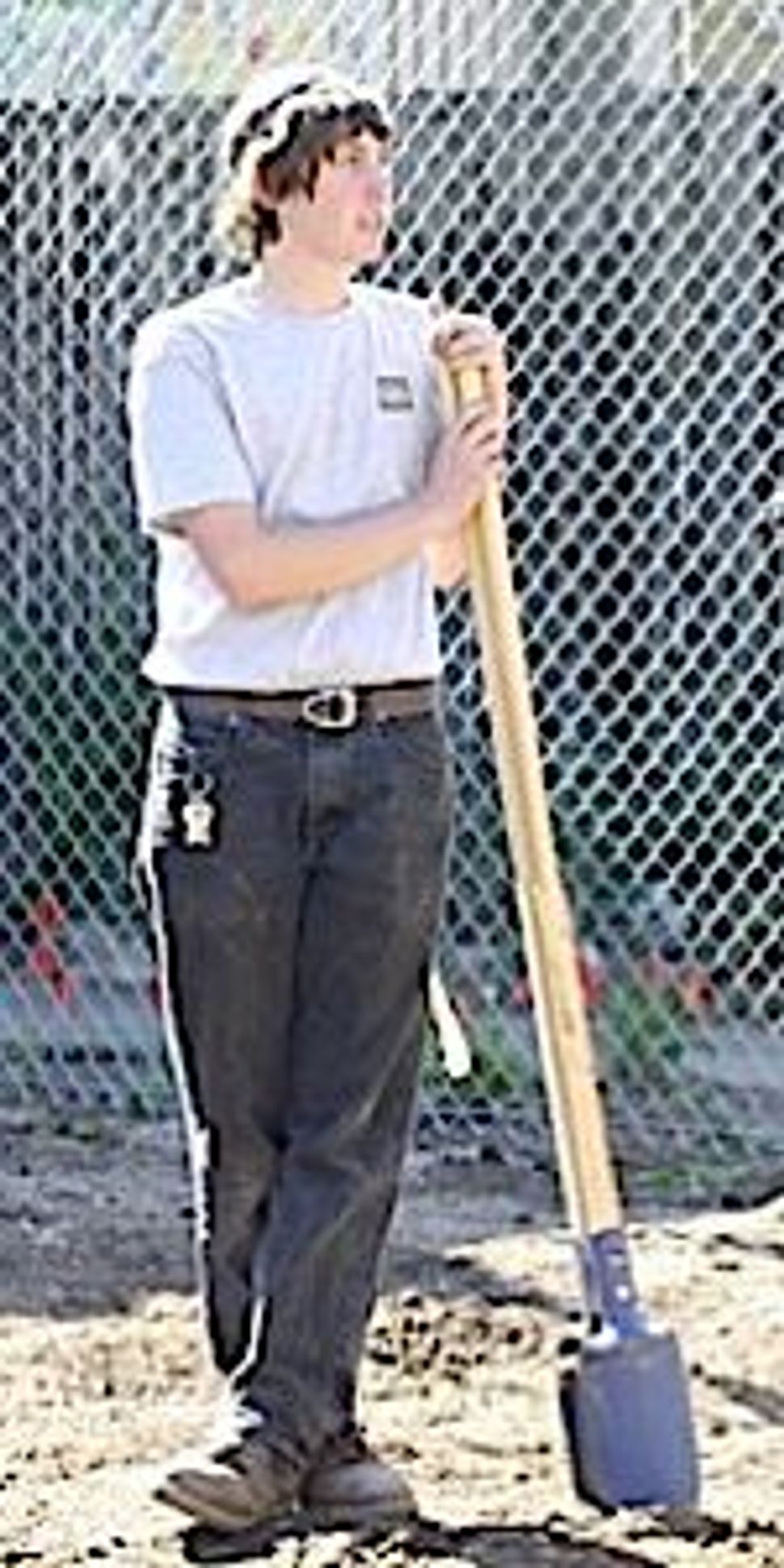 There could be no better place for the garden at Oceana High School in Pacifica, Calif., than where it is located — just outside the cafeteria. The 8,400-square-foot garden is a concrete reminder to the 600 students and 35 faculty members of the unique opportunity they have to personally engage in sustainable agriculture and learn about environmentalism and healthy eating.

The garden is there thanks to the vision and initiative of Naftali Moed, one of the school’s students. The 17-year-old senior recently won a $36,000 Diller Teen Tikkun Olam Award, given by the Helen Diller Family Foundation, a supporting foundation of San Francisco’s Jewish Community Endowment Fund, for his exceptional leadership in turning a gravel lot into a thriving mini-farm and site for environmental education.

The wiry, yarmulke-wearing Moed lives in Pacifica with his two mothers and his sister, Shoshana, who is a freshman at Oceana. The family are active members of the Coastside Jewish Community, an inclusive, nondenominational community of 80 families living in Pacifica, Half Moon Bay and the other coastal communities south of San Francisco.

A half-hour conversation with Moed makes abundantly clear the reason that he was singled out as a remarkable teen role model. Moed’s poise and ability to articulate a clear explanation of his project, his expert knowledge on and passion for gardening, and his evident concern for those around him make it more than likely we will be hearing much more about him and his contributions to Jewish environmentalism in the future.

Renee Ghert-Zand: How did the idea for the garden come about, and how have you turned it into a reality?

Naftali Moed: I did a volunteer internship with Pie Ranch [a local sustainable farm that focuses on food system education], and the work that I did there really inspired and motivated me. My primary goal at first was to share that inspiration and motivation and knowledge back with my community at home by starting the garden.

I started the process of writing grants at the beginning of my sophomore year, in the fall of 2009. Later I got the principal to help me edit them and get the information I needed. I also got teachers to sign on as supporters of the project. The process took six months from the time we started writing grants to the time we started receiving money. The longest part of the six months was the waiting.

What have been the most challenging and most rewarding aspects of building and operating the garden?

The garden was one of those “if you build it, they will come” things. For a fairly long time, all the initial physical work was being done by myself and a very small group of other students and teachers. But in the past year, since we’ve gotten the project much more up and off the ground (planting started in May 2010), the latest count has been around 200 Oceana student volunteers. They work in the garden during school, after school or in the summer. We also have about 30-40 people from the Pacifica community drop in to help with the work.

How has the garden been integrated into the life of the school?

Two years ago Laurie Hughes [the project’s mentor teacher] started teaching a cooking class, in part to help sustain the garden. This year the cooking class is going to be doing some gardening work, as are some environmental sciences classes. I’ve been working with a math teacher in trying to figure out a geometry project his class can do in the garden. One class has a garden advisory — the garden is basically its homeroom. Also, this year, the school has agreed to let me have an independent study period to do some of my work related to running to garden.

What are you growing in the garden, and what is being done with the produce?

There’s definitely a bit of a challenge here in Pacifica in terms of growing things with the fog and the climate limitations. We’ve had greens that have done very well, like kale, chard, collard greens, lots of lettuces. We’ve also done tomatoes and broccoli. This year we’ve had 80 or 90 strawberry plants that have been giving a lot of strawberries. We’ve never been able to get anything like corn or those warm weather crops to grow more than just a few feet. It’s a lot of trial and error, which is one of the fun things.

The garden produce goes to the volunteers, especially to those who have a lower income or limited access to healthy foods. Some is sold at a very affordable rate to Oceana teachers. A lot of neighbors in the community have urged us to consider running a little farm stand or farmers’ market in the future.

We are also raising chickens for eggs, which we have been supplying to the cooking class, the garden advisory, teachers and volunteers. Unfortunately, we can’t supply anything to the school’s cafeteria, because federal laws saying that food grown on sight can’t go to the cafeteria. It has something to do with a prohibition against competing with the government-subsidized school lunches served there. In the long run we’d like to try to address that.

How does your gardening play into your Jewish identity?

The garden definitely plays a lot into my Jewish identity. The place I credit my first gardening experience with is Camp Tawonga. I went there for nine summers. I learned a lot there, and even though I didn’t quite realize it then, it’s what got me interested in the whole gardening, environmental, and outdoors perspective. There are a lot of deep and literary connections. In the Bible there’s the concept of giving the land a Sabbatical. There are other connections in terms of stewardship and respect for the land and natural resources that you can certainly find in the Torah. I know I am implementing Jewish values in the garden, but it’s hard in a public school, because you need to be considerate and respect the fact that it’s a religion-free environment.

…I think it’s great that more Jews are reconnecting with the land and the environment, and going back to that lifestyle. I’m excited about all the Jewish farms and gardens being started around the country, where many ideas from the Torah are being carried out in modern sustainable agriculture.

What are your post-high school plans, what are you planning to do with the award money, and what will happen to the garden once you graduate?

We’re definitely working on a succession plan. There are a lot of great students, including my sister, who have stepped up, especially this past summer. We are seeing how we can train either one person or a group of people to continue the work I’m doing.

If it were up to me, I would have given all the money back to the garden. But unfortunately the cost of just about every college has gone up, so the vast majority of the money will have to go toward college. But I will definitely donate some of it to Oceana.

I’m looking at schools in California and the Northwest. I definitely want to stay in an environmental, agricultural or outdoor related field. I’ve always been one of those people who are happier outside.