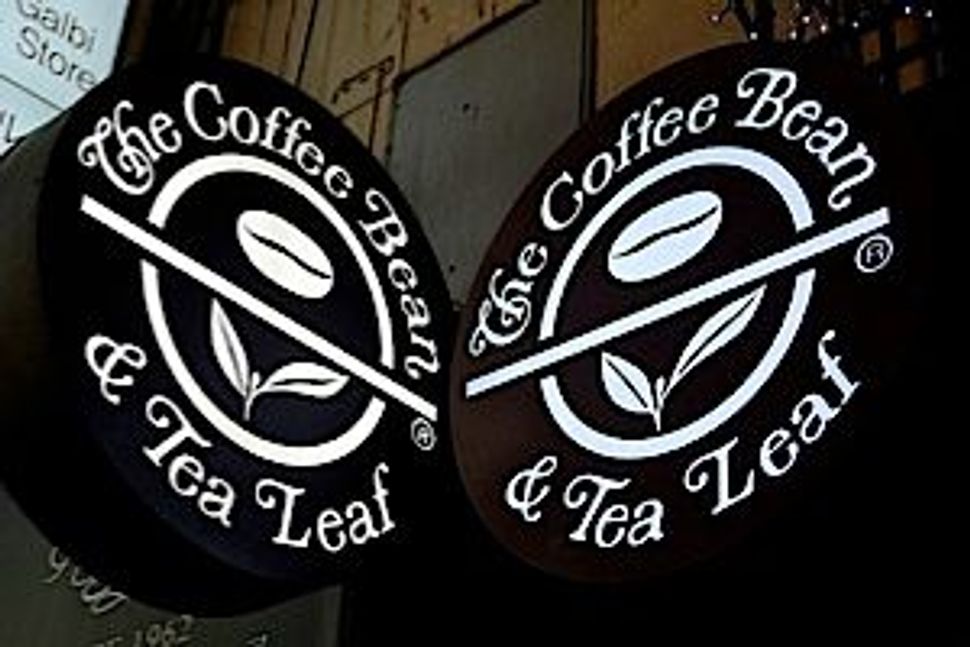 Starbucks may have famously flopped in Israel back in 2003. But with 14 stores and counting, LA-based chain Coffee Bean & Tea Leaf has managed to gain a healthy foothold among Holy Land locals and American expats — partly because, as local-info site GoJerusalem.com has noted, the stores are all kosher.

Now, with a similar tweaking of its global offerings to suit local tastes, the chain has finally opened a New York City outlet.

The new store, at Broadway and 39th Street in Manhattan’s shmate district, lacks the slightly shopworn charm of its LA locations — a comfy vibe that belies a mammoth footprint in 22 countries — but brings a fresh face to the city’s saturated hot-beverage market.

As with Coffee Bean’s Israeli and West Coast outlets, all the food here is kosher. Sandwiches and salads come from upscale Brooklyn megamarket Pomegranate, while baked goods have been sourced from a Bergen County, NJ purveyor. Edibles have been designed specifically for New York tastes, according to Bob Kaufman, the chain’s vp of business development. “New York’s the culinary epicenter of the kosher world,” said Kaufman, who happened to be taking a meeting at the new store. “You gotta bring your A-game.”

The 1,500-square-foot space has also been “Manhattan’ed up”, as Kaufman put it. A decades-old terrazzo floor, unearthed during renovations, has been restored to its full glory. Giant color prints by longtime nightlife photographer Patrick McMullan line one wall, while tufted white fabric lines the opposite. Banquettes are fashioned from reclaimed coffee-bean sacks.

Founded as a single humble Brentwood café in 1963 by Mona and Herbert Hyman, Coffee Bean & Tea Leaf is now an 800-store behemoth owned by Singapore-based Jewish brothers Victor and Sunny Sassoon; Sunny oversees operations from an LA base. Along with its Israeli outlets, the company boasts franchise locations across the Middle East. In Los Angeles, the chain’s developed a rabidly loyal following, as well as a healthy sprinkling of glitter from celeb traffic. Coffee Bean has even earned its own “Celebs love it!” page, featuring on-the-run, cup-clutching stars, on fashion-gossip site Styleist.com.

Why did the chain wait so long to head east? “New York’s always been a market that’s been a goal of the company,” Kaufman said. “But we needed the right strategy. It’s not just about opening a single location. We’re coming in prepared to push hard and open enough stores to solidify our presence in the market.” The chain plans to open 5-10 stores a year in New York, with three more planned for 2011 alone, Kaufman said — though he declined to name locations.

By then, hopefully the chain’s coffee will improve. A Forward reporter ordered a “for here” espresso; a barista pulled the shot from one of the store’s two hulking Simonelli machines into a large paper cup. A request for a proper porcelain espresso cup was cheerfully accommodated, and another shot dutifully pulled. Though it came with a decent crema, the espresso lacked depth or complexity. A cup of Viennese roast — the day’s “bold” brewed-coffee offering — suffered from a slightly burnt edge that strangled its flavor.

Perez Hilton, Jessica Alba, Rachel Bilson, Charlize Theron, Mila Kunis, Eva Mendes, and an endless list of celebs may “love their Coffee Bean,” as Stylelist proclaims. But before the chain’s bright purple cup-sleeves achieve showoff status here, the java itself will have to strive for the same “A-game” as the food.