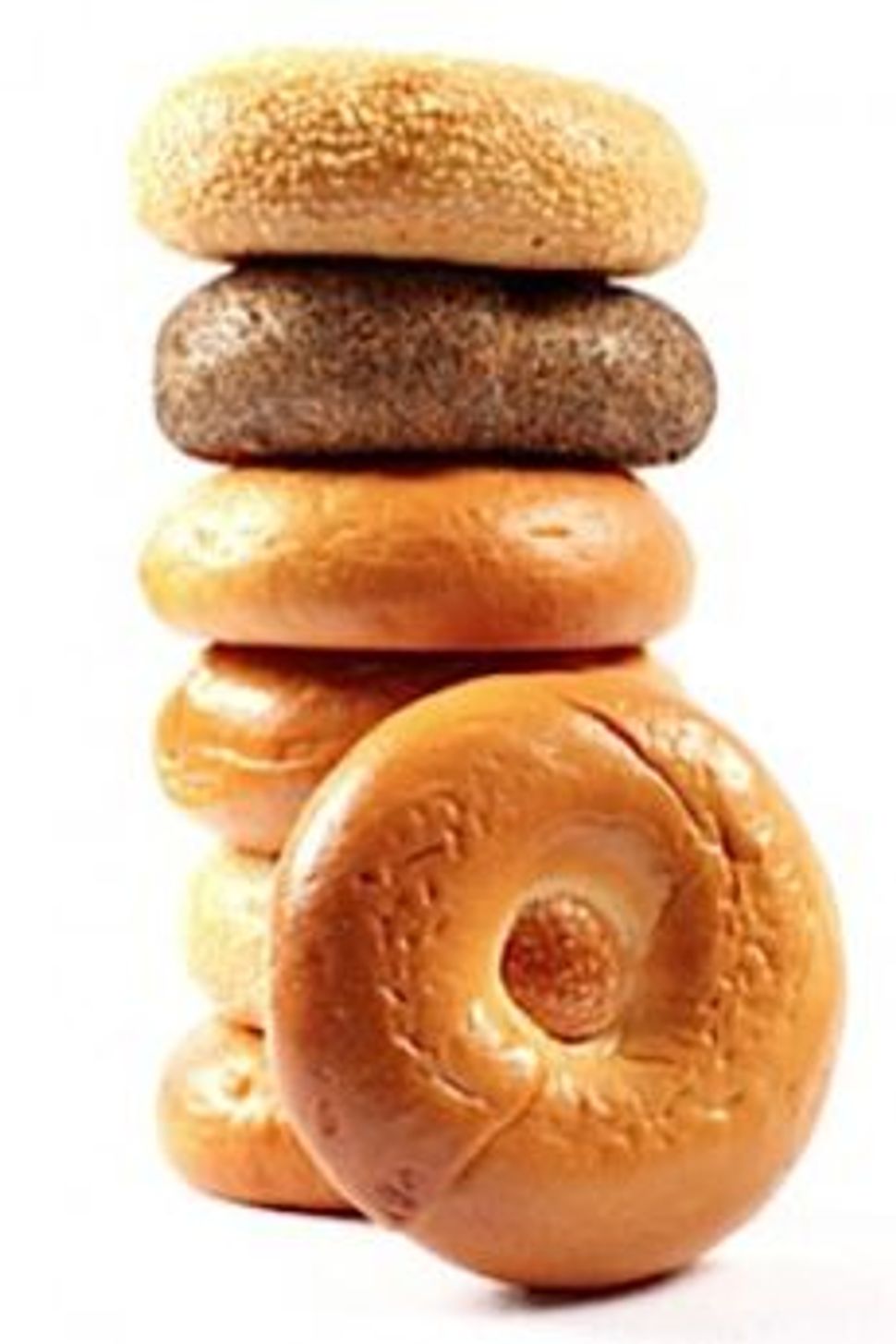 How do they stack up? Image by iStock

In the Forward’s first Food & Drink special section, coming out this Thursday, we trace the 600+ year history of the bagel. But where’s the best bagel in New York City? Read on to find out.

New Yorkers are an opinionated bunch. And few subjects are as polarizing as the city’s best bagels. When the Upper West Side location of the iconic H&H bagel shop closed in June, the city and bagel lovers everywhere, mourned the loss. But the closing also left a place open in the rungs of the top New York City bagels. So, we asked some of our favorite Jewish foodies to recommend their top bagel joints. We were hoping to find some sort of consensus on the city’s best bagel, but, alas, two our results proved the adage: two Jews, many opinions. Personally, we like them all. Share your #1 local bagel places in the comments below.

Unquestionably, for me the best bagel in the entire city — and I have eaten way too many — is made by Phil Romanzi at his Bagel Hole in Park Slope. His bagels are the closest in town to the bagels I remember as a kid in the 1950s. They are smaller than today’s bagels, which changes for the better the ratio of crust to interior. They are made with very high-gluten flour, no dough conditioners to make them puffy and light. They have flavor!

[The Upper West Side’s] Absolute Bagels. Why? Just chewy, crunchy and crusty enough on the outside, tender and light and bread-like on the inside. They’re sweetened with malt, so they don’t taste like dessert. Absolute’s regular bagels don’t suffer from bagel elephantiasis, that’s another plus. Its mini-bagels might be my favorite bagel anywhere, they are the right size and the right amount of calories, and oh, yes, they provide, bite for bite, so much pleasure you don’t miss the heft of regular-sized bagels. Plus, how can you not love a bagel shop that’s still a single independent store owned by a Thai family that always seems to be there?

Ess-A-Bagel is my jam. Plain and cinnamon raisin. Their bagels are absolute monsters, almost always piping hot and have tons of flavor. To be honest, there really aren’t that many good bagel places in Manhattan. I can count them on one hand.

I like Murray’s Bagels on Sixth Avenue. Without fail, my go-to bagel order is always an onion bagel with scallion cream cheese, which is delicious (but often results in allium [garlic or onion] breath). I like Murray’s because you get onion bits on both sides of the bagel, not just the top. The only thing that is somewhat annoying is that they don’t toast bagels, so I have to buy the bagel and cream cheese separately and assemble it at home.

My hands down favorite bagel is Ess-A-Bagel on Third Avenue. The bagels are on the bigger side, but that’s not why I love them. Some bagels are super soft through and through, while others are too tough to the tooth. These have a perfectly crunchy exterior and super soft interior. They’ve also got that great caramel color, which means they haven’t been plucked from the oven prematurely.

I have no favorite bagel in NYC nor anywhere else and gave up trying long ago. I prefer mini onion discs at Kossar’s [on the Lower East Side] as even their bialys have become bland and disappointing. So far the mini-discs with poppy seeds and onions still hold up… who knows for how long?

Maria Balinska, author of “The Bagel: The Surprising History of a Modest Bread”:

“My favorite bagels are from the Davidovitch Bakery in Queens. They are a wholesaler that supplies many delis in Manhattan, including Whole Foods and Barzini’s on the Upper West Side. The bagels are hand rolled, not ginormous (as too many bagels are these days), crunchy and chewy, and with that savory sweetness that makes you want a second bagel (although you shouldn’t).I am a bagel purist – it’s plain, sesame and poppy for me!