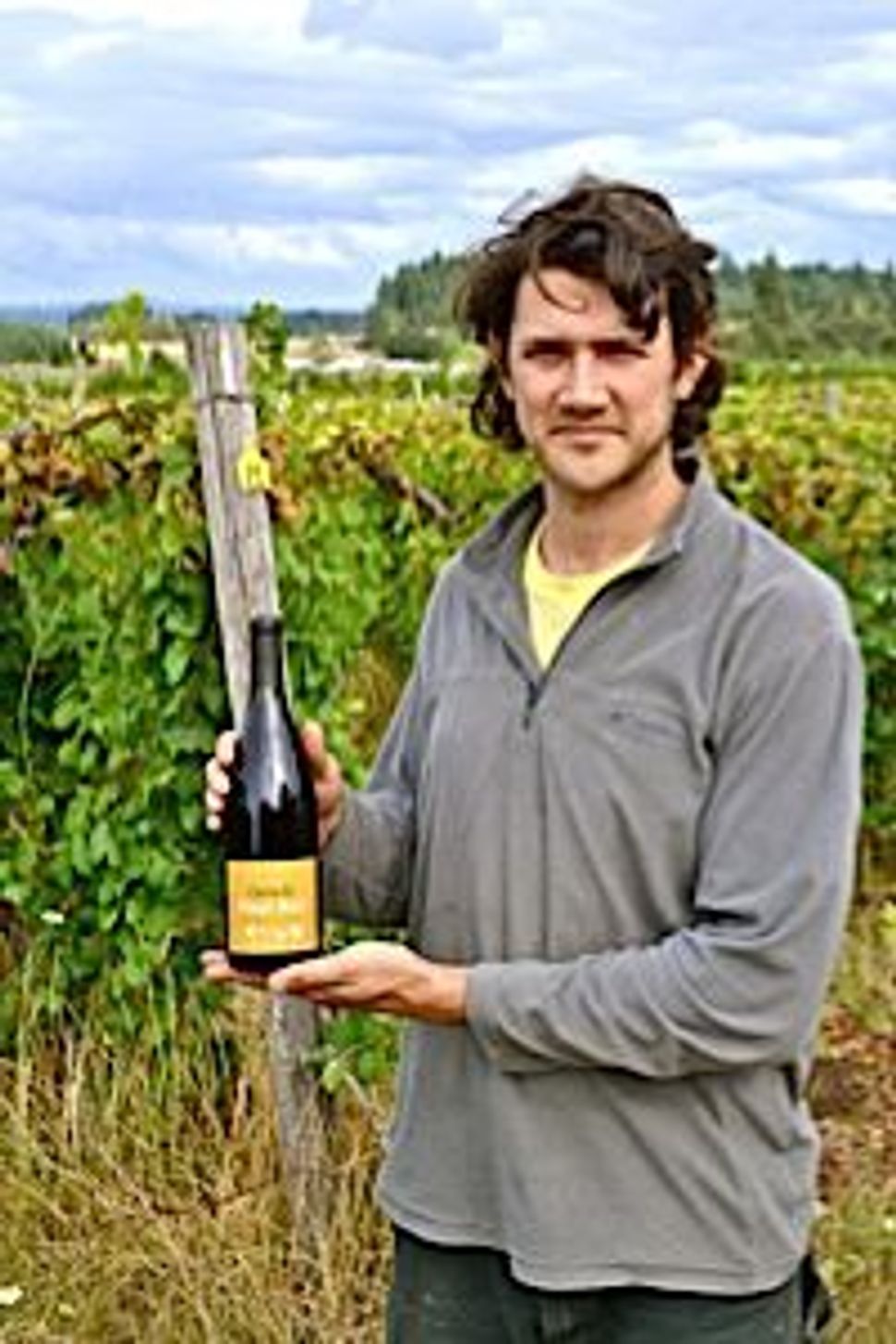 About 30 miles outside of downtown Portland, Oregon in the heart of the Willamette Valley, is the AlexEli Vineyard and Winery, home to Oregon’s only kosher wine producing vineyard. Vintner Phil Kramer, 28, who co-owns the vineyard with his mother, Anita, purchased the 18-acre estate four years ago and has been producing wine ever since.

This October, he bottled his first kosher variety, a Pinot Noir. Inspired in part by his extended family, who keep kosher, Kramer said he has been thinking about producing a kosher variety for a couple of years, but wanted to get a good bearing on wine production before he started.

Drawn to the idea of sustainable farming, Kramer, says he believes strongly in minimalist input and practices what he calls a “beyond organic” approach to wine making. While AlexEli is not certified organic, he makes sure that he uses the most natural products possible. “I really care about the fruit and the wine. It’s like a drug habit — I think about it, worry about it and I don’t even drink that much,” he explained in the bottling area of the storeroom this October.

Known for its internationally recognized Pinot Noir, Pinot Gris and Riesling varietals, Oregon’s wine country is referred by some as the up-and-coming Napa Valley. The Willamette Valley, located in the western part of Oregon, has a temperate climate with dry hot summers and a rainy fall, which slowly ripens the fruit — perfect for Pinots.

Because differences in weather change the characteristics of wine, each vintage has a different flavor. Kramer expects the limited number of hot days and prolonged rainy season for these grapes to produce a somewhat floral Pinot. He expects the 182 cases of kosher wine will be ready in early February 2012 and hopes to expand his varieties of kosher wine from there.

AlexEli started making his first kosher wine in October 2010 in cooperation with the Orthodox Union. Because Kramer is not shomer Shabbat (Sabbath observant), a rabbi must oversee the entire production of the kosher wine after the grapes are harvested.

Rabbi Avrohom Perlstein is 30 miles away from the vineyard in Salem, Oregon and works directly with the vineyard. While Perlstein has overseen kosher food production in the past, he was surprised to learn about the level of involvement of producing wine. “There’s no stomping, but you get your hands dirty,” he said while bottling the first batch of kosher Pinot Noir last week at the winery in Molalla, Oregon.

He says he quickly learned to dress in appropriate work attire at the vineyard. Instead of supervising the winemaking process, Perlstein says, “You show up to the winery and realize you need to do all the work.” Kramer explains that while producing AlexEli’s kosher wine, he is there to direct and look over the shoulders of the rabbis. However, he is not allowed to touch the wine until after bottling because of kashrut laws. With the satisfaction of a winemaker, Perlstein says learning the process has been a rewarding experience. “When I open a bottle now, it brings me back to making wine,” he says.

Kramer says that his kosher Pinot Noir will be around $32 a bottle (he also makes a popular $15 a bottle non-kosher variety called “Bubela’s Blend” which is a combination of Chardonnay, Riesling and Muller Thurgau). Because of the extra labor involved in producing a kosher variety, it is not surprising that it can be price prohibitive to some smaller vineyards.

After labeling the kosher pinot on a warm fall day, Kramer says while many people have a romanticized view of producing wine, the reality is that it is an immense amount of work for small vineyards and a lot of being “cold, wet and sticky.” Despite the hard work he says, “The passion is there because the people who choose to do this put everything into it.”