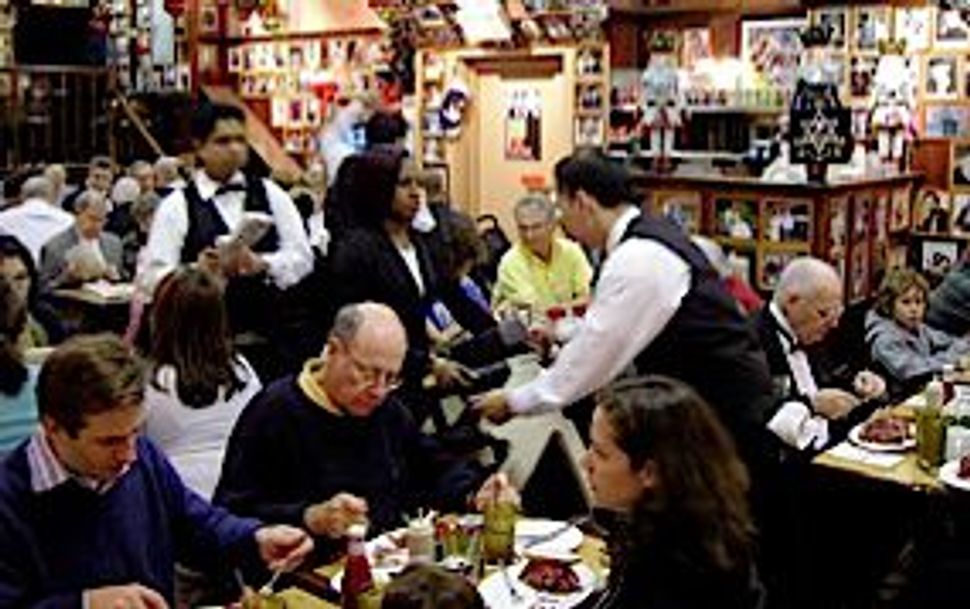 Running a landmark Jewish deli isn’t easy, especially when you hear a rumor that Jack Nicholson might show up.

That’s the premise behind “Family Pickle,” a new reality TV show that launched this week on the RLTV cable channel.

Filmed at the Carnegie Deli in midtown Manhattan, the series follows the trials and tribulations of the restaurant’s owners, second-generation proprietor Marian Levine and her husband, Sandy. Operating on what RLTV describes as “equal parts love, laughter, and loudness,” the Levines work alongside their kids to maintain the 74-year-old family business, where challenges include a food delivery that gets delayed on its way to Las Vegas, and a rumor that the “Chinatown” star might show up for a nosh.

In addition to serving as a nice plug for the deli, the show also provides an opportunity for the Levines to educate viewers about a distinctly Jewish way of eating. “A lot of our guests who come in don’t know what a true deli is,” Sandy Levine told the [New York Daily News][1] earlier this week. “They think they’re getting eggs and ham and canned stuff and an apple. No.”

The show is hardly the first reality series to deal with the restaurant industry. But it’s probably the first with characters who brag about making their own pastrami. “Anybody can make corned beef,” says Sandy Levine.