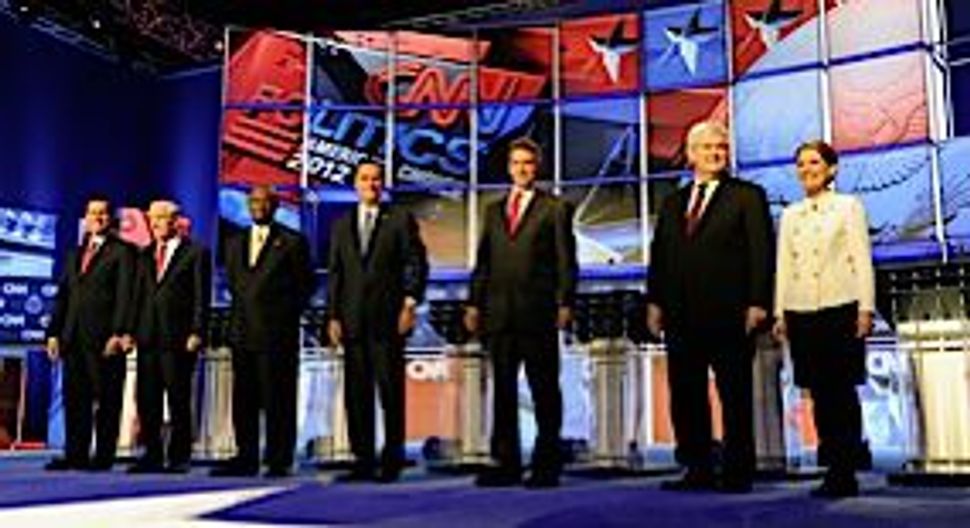 With the next Presidential election a year away and the new Farm Bill scheduled to move through Congress in 2012, it is time to take stock of President Obama’s record on food policy, and to see what the Republican presidential candidates have said and done so far on the subject.

We are well passed those heady days for food progressives when Michael Pollan wrote an open letter to the “Farmer in Chief” (actually, the President Elect) about the interconnectedness of the environment, healthcare costs and the oil and food industries. It seems ages ago that Alice Waters put forth names of candidates for Secretary of Agriculture, and Ruth Reichel made suggestions for the White House chef. The excitement around Michelle Obama’s planting the White House’s organic vegetable garden with local school children is by now a long-forgotten memory. (Though she has a cookbook coming out soon.)

So how has the President lived up to expectations in the eyes of those who care about food policy, and what can we expect from the competition? Here’s what they have had to say about food so far.

President Barack “Let’s Move, But Not Too Fast” Obama (D)

Things have not worked out with Obama exactly as food progressives had hoped: The FDA appears to be on the way to approving genetically engineered salmon and the USDA has approved unrestricted growing of genetically engineered alfalfa. Food bloggers are seriously questioning whether the President has succumbed to the influence of the food industry lobby and are pointing to the ties some of his science advisors have to genetic engineering and bio-tech laboratories.

As for MObama, many have applauded the First Lady’s “Let’s Move” initiative to fight obesity and promote healthy eating habits among children and teens. However, some want to know why she is partnering with large corporations like Walmart and Walgreens in an attempt to eliminate food deserts, rather than with local farmers and merchants.

The celery-loving congresswoman (it’s her favorite food) has said that she thinks the food industry is overregulated. “We want to have safety, but we also want to have common sense,” she was quoted as saying. Bachmann voted against a sweeping food safety bill strongly supported by the Obama administration and passed by Congress last year. She argues that too much regulation is “overkill,” saying that it makes it too complicated and expensive for food producers to stay in business.

Bachmann has also not been too thrilled with the USDA’s crackdown on the amount of starches in school lunches. “Where in the Constitution does it say the fed. government should regulate potatoes in school lunches? It doesn’t,” she tweeted last May. As a representative from Minnesota, she may not have to worry too much about subsidies to potato farmers, but she does have many producers of another starch — corn — in her state.

Cain, the former Chairman and CEO of Godfather’s Pizza was also a restaurant/fast food industry lobbyist.

The most notable item related to food that has emerged during his campaign so far is that his 9-9-9 plan —a 9% tax on personal income, a 9% tax corporate tax, and a 9% national sales tax— would include tax on food. Many have commented that this would not be popular with voters, especially those already struggling to put food on the table in this difficult economy.

Gingrich, who has called President Obama “The Food Stamp President,” has made it clear that he is opposed to the Supplemental Nutrition Assistance Program, which nearly 20% of Americans depend on for their food. “This year, the House Republican’s Pledge to America has set the stage for a powerful, symbolic closing argument for candidates seeking to unseat the left-wing, big spending, job killing Democrats: paychecks versus food stamps,” he was quoted as saying in 2010. “It is an unassailable fact that in June, more food stamps were distributed by the government than ever before in American history. Which future do I want? More food stamps? Or more paychecks?” he added.

Rick Perry, too, would do away with food stamps, which he believes “stimulate dependency.” This is his position even though food insecurity has risen in Texas in recent years.

Perry, like some other Republican candidates, questions the constitutionality of food safety regulations. He did, however, support an initiative to get sugary sodas out of schools.

Huntsman, the former Governor of Utah and former U.S. Ambassador to China, was also CEO of his family’s business, the Huntsman Corporation. The multi-billion dollar global company was the first to produce plastic dinnerware and food containers in the 1970’s. It is responsible for inventing the once-ubiquitous, non-biodegradable “clamshell” container for McDonalds and other food vendors, who did away with it in subsequent years because of the environmental damage it caused.

When Huntsman was governor, he cut taxes on unprepared foods. Though, he says he eats healthy, and he and his wife try to set a good example for their seven children.

The libertarian Paul is clearly not a fan of regulation. The Representative from Texas has expressed the desire to eliminate the Department of Agriculture, which he says just gives subsidies to corporations and raises food costs for “regular people.” Another possibility he has proposed would be to slash the budgets of the FDA by 40% and of the EPA by 30%.

Random Food Fact: Earlier this year, Paul introduced a bill to legalize the sale of raw milk across state lines.

In his economic plan, the former Governor of Massachusetts has proposed capping the rate at which all regulatory agencies (one would assume he is including the FDA and USDA among them) could impose new regulations. “This means that if an agency is required by law to issue a new regulation, it must offset the costs, presumably by eliminating some other regulations. Essentially, Romney is proposing to adopt pay-as-you-go budgeting to regulations,” is how The New Republic (which thought it was “Romney’s stupidest idea of the week” back in September) explained it.

In the meantime, Romney has been “eating for the cameras” as he tries to project an everyman image by making frequent campaign trail stops at mom and pop restaurants and snacking on a varied menu of fast food and junk food.