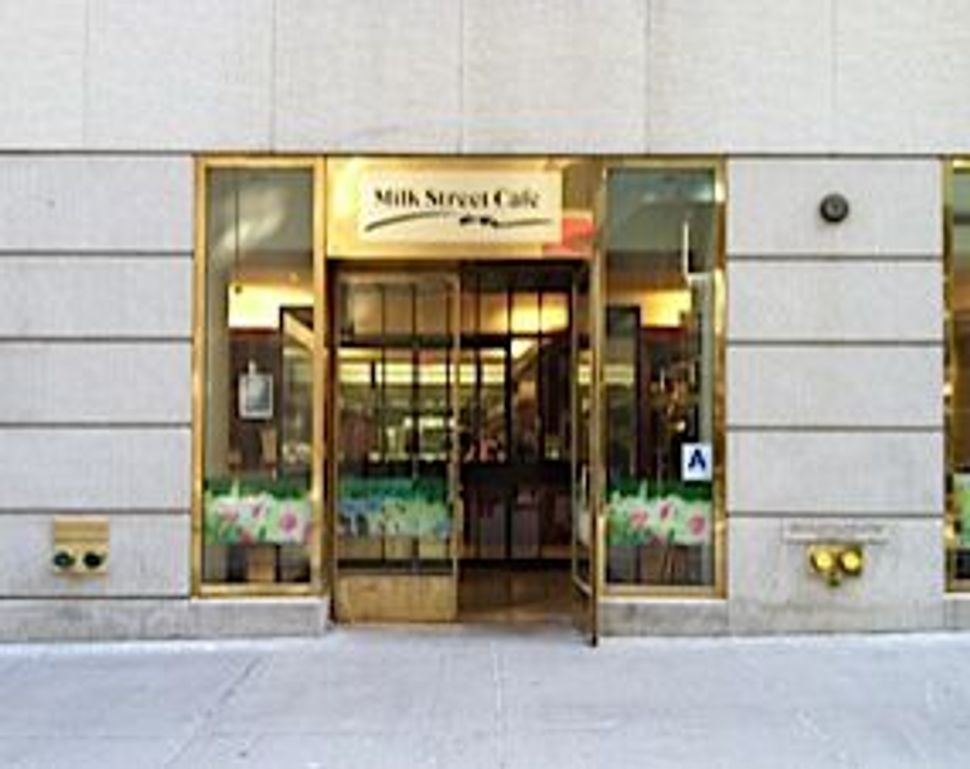 Despite another week of Wall Street protests that have dramatically cut into his business, the owner of one of the area’s largest kosher eateries is sounding a tentative note of optimism. “It’s almost Shabbos, and I feel good,” Marc Epstein, the owner of Milk Street Café, told the Jew and the Carrot this morning. “I think we’ve seen the bottom, and things are looking up.”

Epstein’s comments came after what he described as a “devastating” two months for his business, which opened in lower Manhattan in late June and saw sales drop sharply with the start of the Occupy Wall Street movement eight weeks ago. The restaurant received a wave of media attention at the start of November, following Epstein’s reluctant decision to lay off about a quarter of his restaurant’s staff of roughly 100.

“What I think we are going through now is I hope just the last pangs of pain before the birth of a healthy baby,” Epstein said of the most recent week of turbulence, which saw New York City police clear protestors from Zuccotti Park and make 240 arrests during clashes on Thursday.

At its worst, the installation of police barricades in the area cost his business $5,000 per day, Epstein said, speaking by phone from Boston, where he’s preparing to celebrate the 30th anniversary of the original Milk Street Café location next week. To make up for the losses, he’s accelerated work on the New York branch’s corporate catering business, which he said had only partly compensated for the loss of in-person sales on Wall Street.

Epstein expressed gratitude to the NYPD for preventing serious violence during the demonstrations, and said his landlord, Donald Trump, had been “absolutely wonderful,” going so far as to call New York City Mayor Michael Bloomberg on his behalf. He said he hoped the protests would become a “legitimate point of view within our regular political spectrum, as opposed to a physical expression of civil disobedience in lower Manhattan,” but criticized the movement for causing what he sees as unnecessary hardship for local businesses.

Fears that he’ll be forced to shut down the restaurant have receded since the start of the month, he said, but they haven’t gone away completely.

“That is, unfortunately, still a danger,” Epstein said. “I’m trying to do whatever I can to not close. The fact that my landlord has expressed such strong support gives me strength, but I still have a long way to go before that threat is gone. If Occupy Wall Street remains, then nothing can help any of us.”