In Search of Rye: A Baker’s Trip to Riga 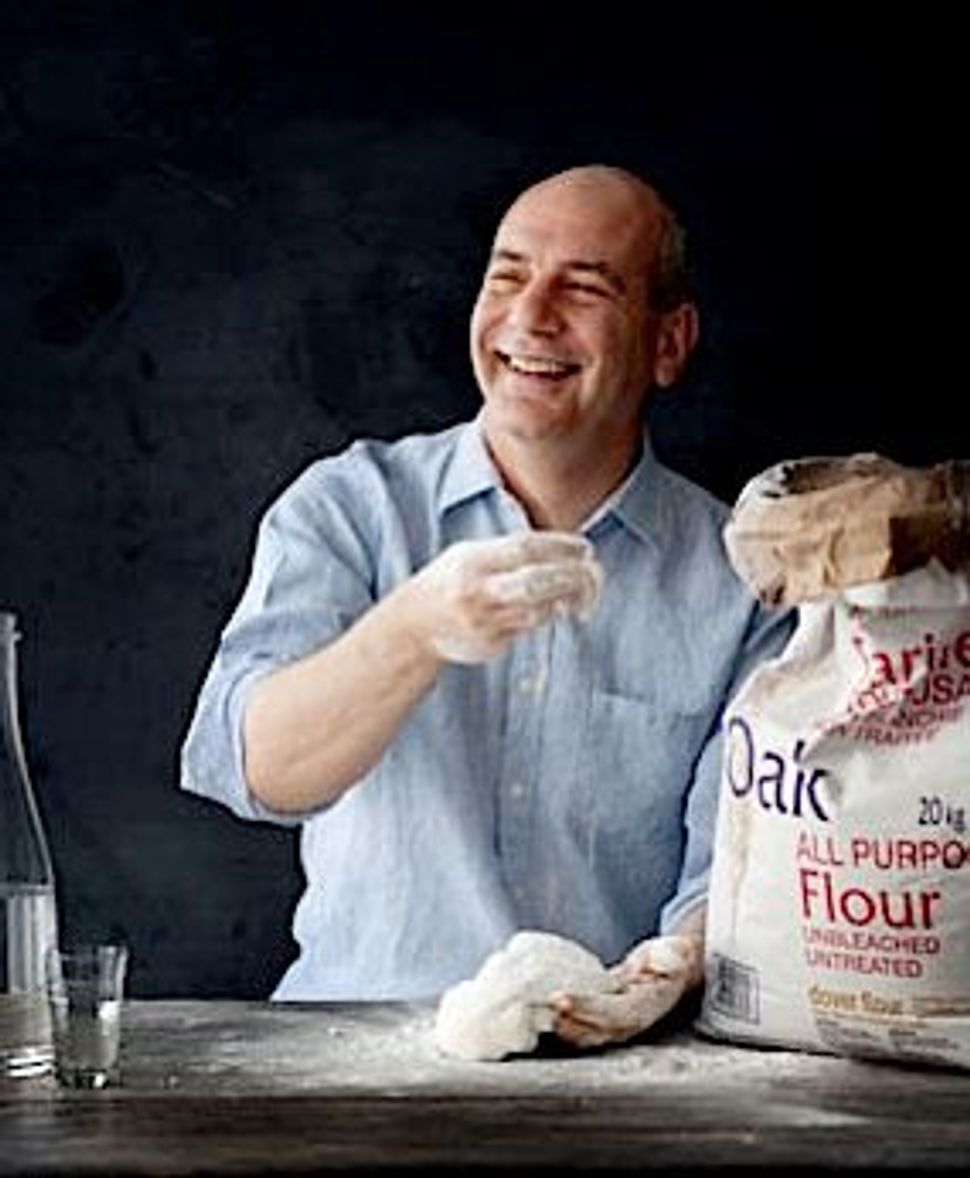 Image by Courtesy of Bread Alone

As the owner of an organic, kosher bakery in the Hudson Valley, Dan Leader’s life is a round-the-clock whir of promotion, sales, recipe testing and travel. But when his customers share stories about beloved bread in far away places, he finds time to listen. After hearing from Latvian shoppers that a special, very dark rye was made near the city of Riga, the founder and force of Bread Alone Bakery had to see for himself.

“My grandmother came from Lithuania, my grandfather came from Ukraine but some of my family’s relatives were in Latvia, and I have to tell you that the best, old-world Jewish baking is in Latvia,” he said, still excited about a recent, two-week, fact-finding trip that took him to the legendary Laci Bakery outside Riga.

“It’s made differently than any other rye bread I’ve ever seen before,” Leader said, describing how Laci’s loaves are first baked in a wood-fired brick oven at 800 degrees, than gently transferred by hand to a second oven heated to 450 degrees. (Most breads are only baked in one oven.) “The layered, multi-step” process, he said, features an old-fashion, rye bread beating machine and seasoned bakers who dip their hands into warm water before shaping the dough into logs on peels.

While all of his ideas and recipes originate abroad, Leader says the trip to Riga was superlative. “I could not believe the number of great bakeries in that city.” However, long before he makes this rye at his New York-based bakery, he has to research how to replicate the particular kind of dark, malted 100% rye flour that gives the bread its unique qualities: “It’s very dense bread. It’s a little bit sweet. It keeps extraordinarily well [and] has a very long shelf life.” He also has to figure out how to create wooden rising tubs for the rye sours (the mix of water, flour and yeast that acts as the bread’s starter) like those in Riga that resembled oak wine barrels, and how to sprout, malt and dehydrate rye berries so the bread comes out a chocolate, caramel-brown color.

Leader, 57, who is a father of three, loves a challenge and has some serious plans up his sleeve to open another, bigger bakery. He was only 29 when he founded Bread Alone in 1983 so there is synchronicity in the fact that his oldest son, who graduates NYU Stern School of Business next year, will be 29 when he joins the company. Leader says they might open the new production bakery in Kingston, NY, but it will definitely be state-of-the-art, artisanal and green, boast a biomass burner that uses wood scraps and a heat-recovery system that heats water, cools the building and cuts energy costs. “We’re looking at some very cool technology.” His goal: To become the premier, certified organic bakery in the New York metropolitan area.

Currently Bread Alone’s main bakery is upstate in Boiceville with cafes in Rhinebeck and Woodstock. In order to supply 50 farmers markets and 300 wholesale customers, they whip up 65,000 pounds of European-style bread weekly (with local ingredients like Cabot butter). Its international array ranges from baguettes, brioche, ciabatta, focaccia, multigrain and Lithuanian-style rye to challah, cookies, granola and muffins. There are also seasonal goodies like pie and hamentashen.

So how do his Jewish roots figure into quotidian life? “I’m a very conscious, spiritual Jew who doesn’t pay a lot of attention to the minutia of Judaism,” Leader admits. “But our bread is kosher and parve. And so my contribution to the Jewish world is a conscious Jew making certified kosher, organic bread and feeding thousands of Jews every day.”

In Search of Rye: A Baker’s Trip to Riga