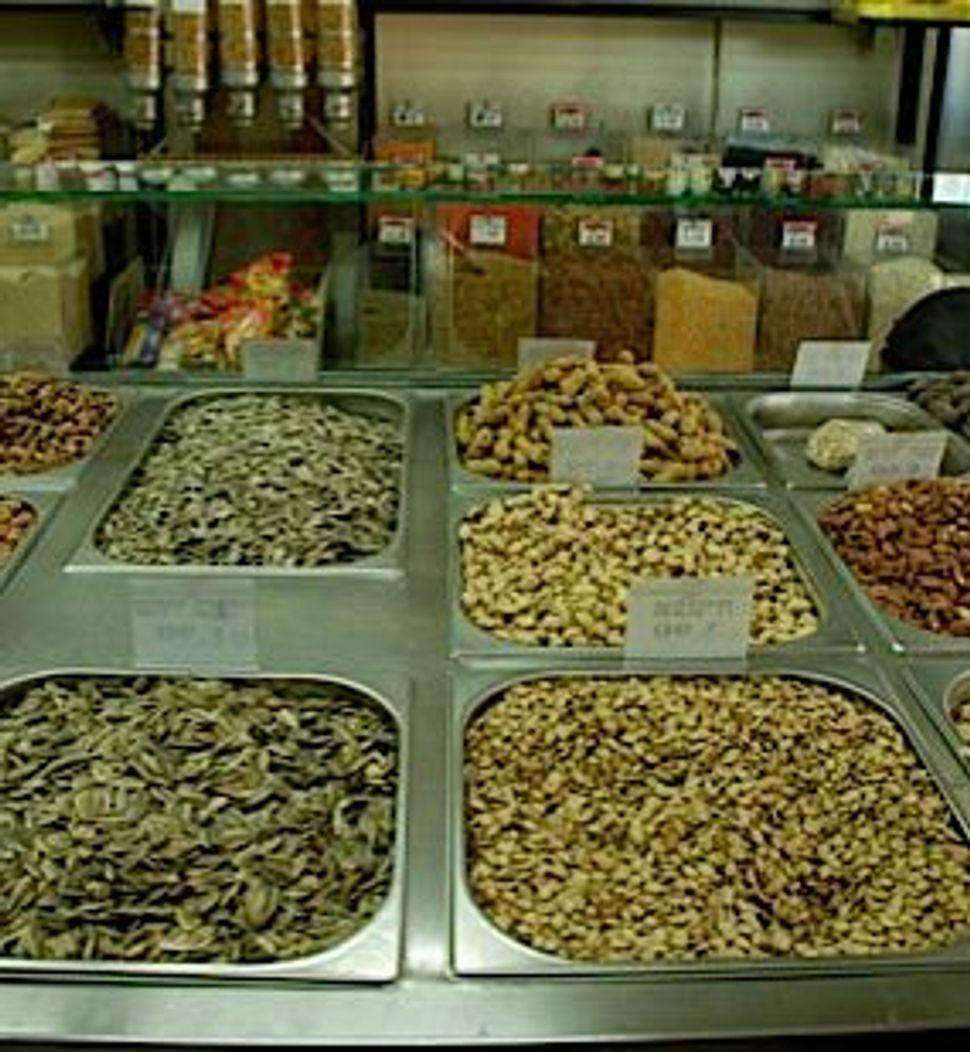 At one time every Israeli, especially male soccer fans, knew how to crack sunflower seeds. It was a perquisite to living in Israel, along with not so subtle line jumping. Those without this talent were looked upon as outcasts.

Chucking the shells directly on the sidewalk was part of the local custom. At bus stations piles would accumulate to the size of termite hills. By a quick glance at the height of the mound, it was possible to estimate the duration of the commuter’s wait, and indirectly the efficiency of the town’s public transportation.

While most Israelis are proficient with single seed shelling, some have become professional. They load fistfuls in their mouths and fire the shells like a submachine gun. Attempting to imitate this feat will only lead to appendicitis from swallowing the wrong parts, or the very least indigestion.

Sadly, modernism has taken its toll. The younger generation has been weaned on industrial corn puffs, doodles and potato chips in their colorful aluminum lined bags. Thanks to a few select communities, however, the art of sunflower seed shelling is still alive.

Ball game lovers are perhaps the strongest keepers of this tradition. During the Mondial soccer tournament, the European equivalent of the Super Bowl, fans gather around the television set with only sunflowers seeds to sustain them.

To supply an ample amount of fuel for these sporting events many pay homage to the neighborhood pitzhuhia, where seeds and other roasted snacks are sold. Although they are widely available throughout the country, the Levinsky Market in Tel Aviv contains one of the largest aggregates of these stores in the country, doing brisk trade not only nuts and seeds but a wide range of edible dried goods.

Collectively they are known as pitzhuhim, from the root word to crack. This perfectly conveys the snap of the shells as they are split between the teeth. Most vendors display a myriad of edible tidbits, from chickpeas, fava beans, peas, cashews, pumpkin seeds, peanuts, almonds… anything, it seems, that can be thrown in the roasting drum. For the more adventurous palette new flavors such as wasabi roasted peas and chili-coated almonds have made a bold appearance. This foodway is not limited to the Middle East but is a custom in many parts of the world, whether pepitas (pumpkin seeds) in Mexico or peanuts in America.

The preferred pitzhuhias are those with on site roasting, the aromas beckoning, enticing all those who pass. Recently, I had a chance to visit behind the scenes to explore the process from the beginning. According to the merchant, slow and even roasting is the recipe for the sought after crunch. “When are the seeds ready?” I asked. The owner of the back alley store had a sophisticated technique. He tasted each batch.

Sunflowers did not always grow in the Middle East. They’re indigenous to the Americas and introduced to the Old World by the Spaniards in the 16th century. These light loving plants adapted well to the climate of northern Israel and have become a cheaper alternative to almonds or pistachios. From antiquity, roasting was used to improve the keeping qualities of agricultural produce, whether seeds, nuts or fresh legumes, before the advent of refrigeration. This also transformed them into the first snack food.

Pitzhuhim also have a time honored place at the Israeli dinner table. As a child I remember my Kurdish grandmother, Zarifa, served crunchy snacks at the end of a meal, with cinnamon tea and platters of sliced fruits. Isaac Diwan, a friend who was raised in Lebanon, recalls his mother filling bowls with nuts to offer her guests. For many, it is as much part of the kitchen pantry as tea or coffee and the basic requirement of a good host.