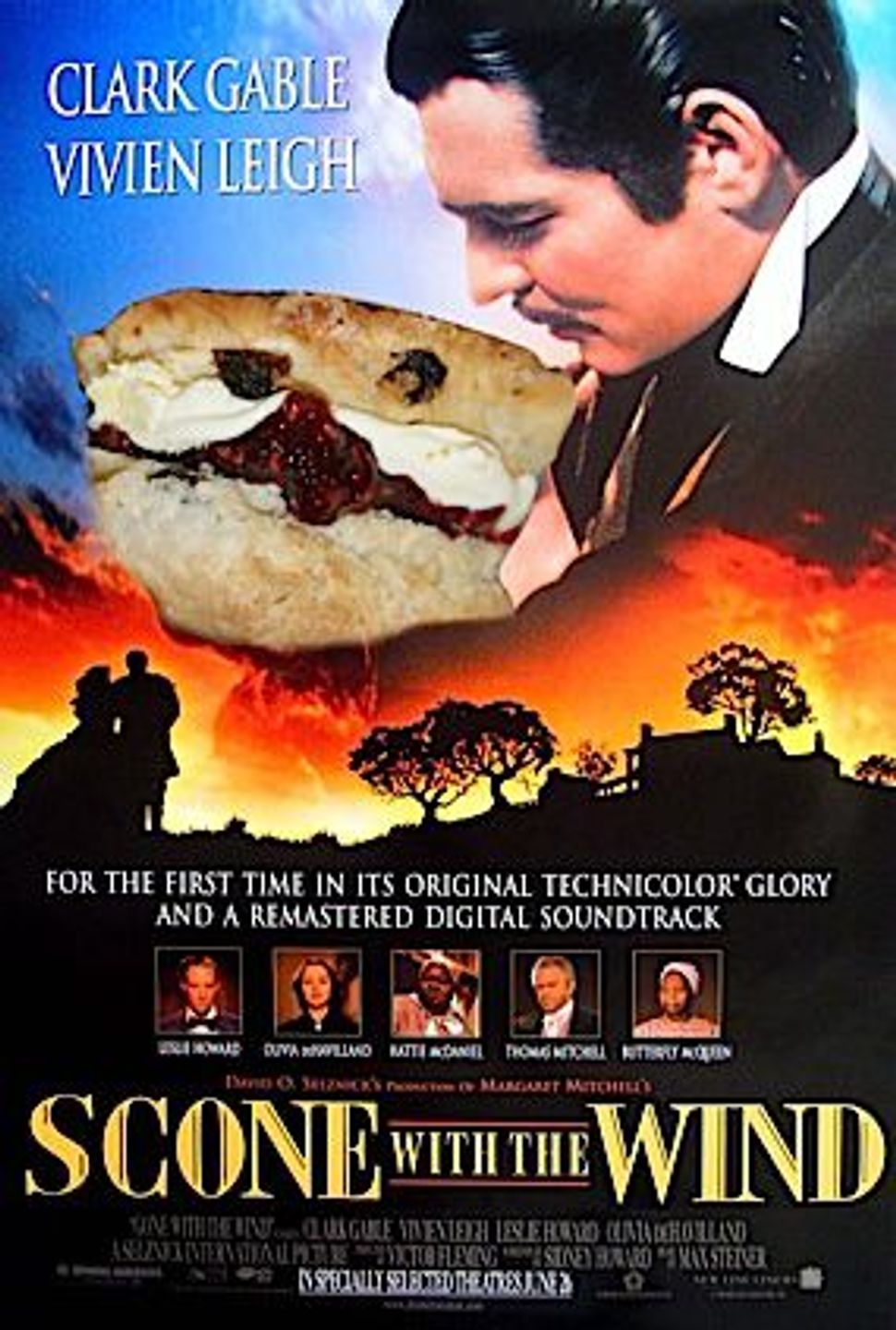 Image by Courtesy of Michael Leventhal

It’s hard to think of two topics more beloved by Jews than food and movies, so it’s no surprise that the duo have inspired a lively exchange of puns on the Twitter feed of Gefiltefest, a Jewish food festival held annually in England.

Since last month, the festival and its Twitter fans have been renaming famous movies, incorporating Jewish delicacies into the titles like “The Hand that Rocks the Knaidl,” “For Hummus the Bell Tolls” and — for you Hitchcock fans out there — “Shmeer Window.”

Matt Damon fans can ponder “The Borscht Identity,” while Marilyn Monroe mourners can imagine how her career might have developed differently if the movie had been called “Gentlemen Prefer Blintzes.” Other intriguing — though not necessarily appetizing — titles include “Mystic Liver,” “Kischke of the Spider Woman” and “Charoset of Fire.” Inspired by this list, the Jew and the Carrot can add a couple more: “Moulin Rougalach” (Nicole Kidman could stand to eat a few) and “The Third Manischewitz.”

The Twitter dialogue also generated some foodie film titles that don’t have a specifically Jewish angle. You may appreciate the posters they inspired, pictured to the right.

(To be fair, Jews are hardly the only foodie film fans who enjoy this sort of game: in August, the Jew and the Carrot noted a Twitter trend that involved adding the word “bacon” to film names.)

Tweet your own Jewish foodie-inspired film names @gefiltefest and @jcarrot.