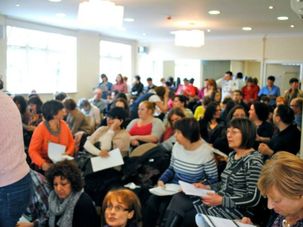 Gefiltefest will not be taking place this year, because we do not deserve it. 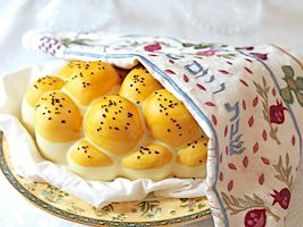 Four years ago, Michael Leventhal, a young publisher of history books living in London won a Jewish newspaper contest. His prize? A one-on-one cooking lesson with a chef. But his Sephardic wife, who is a wiz in the kitchen, feared that the lesson might be wasted on just the two of them. Leventhal decided to trade in his reward for a cooking demo for 10 friends. Pretty soon after, friends and acquaintances started to suggest other Jewish food topics they were interested in and some volunteered up their time to serve as speakers. “In less than 6 weeks had created a one day food festival. Within two weeks we sold 200 tickets and that was the first Gefiltefest,” Leventhal told me recently. 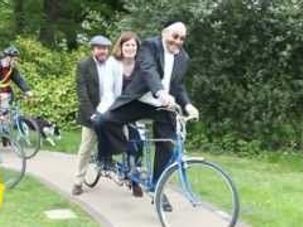 Despite the bitterly cold temperatures, more than 500 of London’s Jewish community turned up last weekend for this year’s Gefiltefest, the city’s annual Jewish Food Festival. Based around the tireless efforts of Michael Leventhal and ultimately organised in conjunction with the LJCC and Jewish Community Centre for London, Gefiltefest’s day-long programme at Anna Pavlova’s former home in North London filled the Golders Green air with the smell of delicious food. Empty stomachs were filled by grabbing chefs’ selections from over 50 demonstrations and workshops. They were being treated by the great and the good of the culinary and Jewish world. Michael Leventhal, founder and director of Gefiltefest, explained that “Jews eat more than most. It’s central to Judaism and inspiring to see so many people sharing and celebrating together.” While Rabbi Eiran Davies showed off his knife sharpening skills, Gefiltefest founding patron Claudia Roden was interviewed by food blogger Anthony Silverman. Guest chefs shared their fabulous food skills, including making your own kiddish wine, challah baking, chocolate truffle making, Tunisian cookery with Denise Phillips and the Art of Filo Pastry with Sula Leon. The kids ran wild in the kitchen too, creating ‘disgusting dishes’, edible art and a massive marshmallow and ice cream cone Mount Sinai as part of an edible Shavuot landscape. The original Goodies’ trandem three-seater bike also made a surprise appearance. It was ridden, with varying … 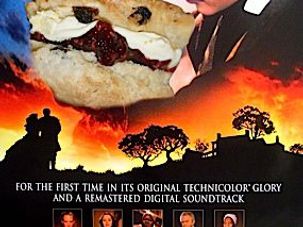 It’s hard to think of two topics more beloved by Jews than food and movies, so it’s no surprise that the duo have inspired a lively exchange of puns on the Twitter feed of Gefiltefest, a Jewish food festival held annually in England. 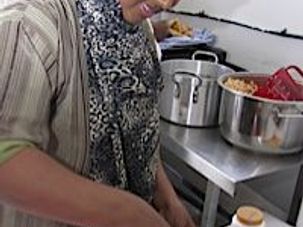 The Garden of Eden was a milchig, or dairy paradise, and so it was that Gefiltefest, the second annual Jewish food festival, followed suit. At the festival on Sunday, a dog woke up from a quick schluff in the sunny patch beside his rabbi’s chair to find that he might have summarily been made a vegetarian. 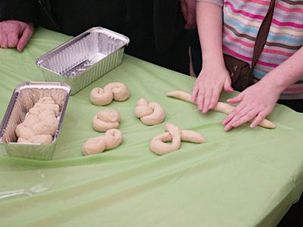 A Festival of Bites: The London Jewish Food Festival

‘Sustainable food’ might still have the freshly-peeled glow of a newly enlightened movement sweeping the supermarkets, but to our recidivist shame and the torah’s green credentials, it’s as old fangled as they come. Deuteronomy forbids us to cut down fruit trees when in battle, requiring us to focus on sustainability even in the midst of destruction. As Jews, we are commanded to respect what we eat, and to know how and why it reaches our table.