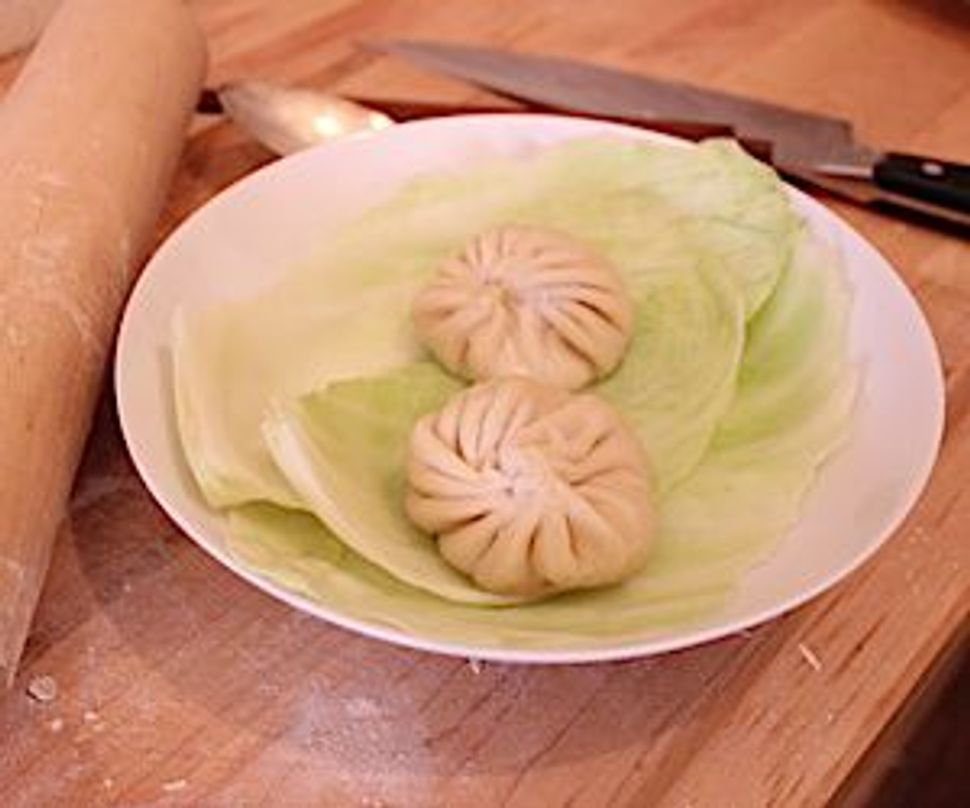 As a person of Chinese and Jewish heritage, I have inherited two wonderful, though often divergent culinary traditions. My favorite moment in our kitchen is when the two traditions converge on Christmas Eve at our annual Dumplings of the World Festival. We gather with family friends to make steamed barbecue chicken buns, potstickers, samosas, empanadas and pierogi and whatever new recipes we decide to throw in the mix.

The potstickers, which are a staple of the festival, are made from an old family recipe from China. Last year, we added a little twist to these dumplings by morphing them into our take on Shanghai xiaolongbao, which are delicate steamed dumplings that are filled with meat and soup. To our potstickers, a soup filling component was added, and then the shape changed from a crescent into a symmetrical little pouch. They were a tasty, exciting, and slightly messy success!

While making these dumplings takes a bit of practice, they are just as fun to make as they are to eat and can easily be made kosher. So this year on Christmas, why not lay off the take out and make your own Chinese feast?

1 cup chicken broth
2 tablespoons water
1 package unflavored gelatin (If you don’t have access to a supermarket that carries kosher gelatin, it is available online.)

1) Bring broth to a boil

2) In a separate bowl, combine gelatin with water

4) Refrigerate for about 5 hours, or until it solidifies. This can be made the night before.

2) Knead dough on a floured board for 20 minutes (adding more flour is necessary to prevent sticking) until dough is smooth. Cover with a damp towel and let sit for at least 20 minutes. This can be made the night before.

3) Roll out 1 1/4 inch balls of dough to 3- 3 1/2 inch circles, making sure to avoid the center of the discs while you’re rolling. The edges should be as thin as possible, while the center should be slightly thicker.

1) Fill each wrapper with about 2 teaspoons of meat and 1 teaspoon of soup filling.

2) Using your thumb and pointer finger, start at one end of the wrapper and then gather the edges, little by little, to form small folds and pinch them into the center.

3) Steam on a layer of blanched cabbage placed in a steamer for 10-15 minutes.

Serve with a sauce that is two parts Chinese black vinegar and one part soy sauce poured over freshly grated ginger.