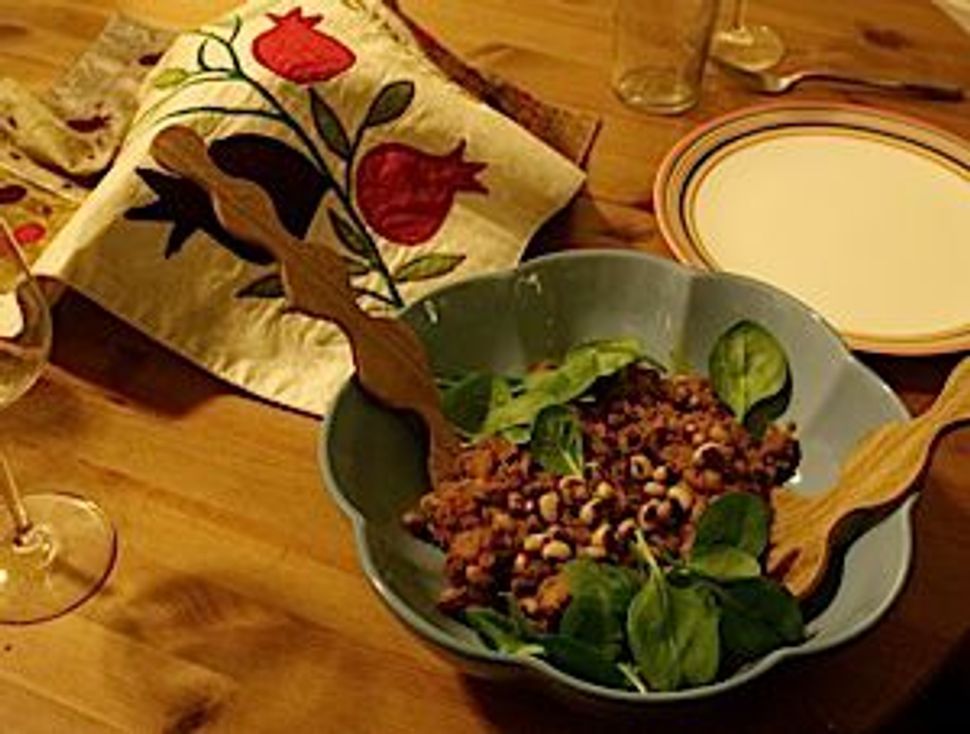 But the message of “Shabbat Can Be,” like the songs of Debbie Friedman or the do-it-yourself wisdom of “The Jewish Catalog,” never reached my family’s home on Long Island. Our conservative synagogue instilled a bleaker outlook, one more obligatory than spirited. I fasted on Yom Kippur, and looked forward to our Passover seder every year (and the matzo pizza that followed), but I knew little about Shabbat. From what I could tell, it seemed more restrictive than anything else — a mysterious force that kept stores in Cedarhurst closed on Saturdays. During high school, one of my best friends became Shomer Shabbos, and when she would no longer come to movies on Friday nights, it only seemed to reaffirm what I already suspected: that real Judaism, like Shabbat, meant sacrifice, not celebration.

Eventually, while living in the East Village after college, I learned how much more diverse observant Judaism, and Shabbat practices could be. Even before I met David I began experimenting with lighting candles and hosting Friday night dinners. When we moved in together, it quickly became a weekly ritual. A Modern Orthodox friend once described Shabbat to us as a landing strip after the long flight of the week: only now after years of observing Shabbat with David do I think I know what she meant. Regardless of what happens during the week, we can trust that we’ll find each other at the end.

Still Friday nights can feel like a challenge for me when preparing dinner. My family doesn’t have a shoebox of traditional kugel and cholent recipes to pass down, and even if they did, I’m not sure I’d be in a hurry to make them. The more observant David and I grow, the further we seem to stray from the densely meaty entrees of our Ashkenazi roots. We initially cut out meat from our diet when we couldn’t find room for two sets of dishes in our small Brooklyn apartment, but since then, vegetarianism has become a mindful practice of its own.

In seeking to expand my Shabbat repertoire, I have been surprised to find particular inspiration in Indian cooking. Three of India’s major religions — Hinduism, Jainism, and Buddhism — advocate the principle of ahimsa, non-violence towards all creatures. That tradition makes Indian cooking particularly welcoming for vegetarians like us. In experimenting with Indian flavors, David has tended to be the bolder adventurer, while I have stuck more closely to cookbooks. But a few months ago, I was inspired to come up with this recipe, a curry of black eyed peas and butternut squash, after tasting a similar combination at the Eastern Mediterranean restaurant Oleana in Cambridge. The cumin and sautéed onion bring out the sweetness in the butternut squash, and the black eyed peas are a cool relief from the cayenne. It pairs well with rice, or with a spinach salad.

If you’ve never cooked with Indian spices, it’s best to buy them at an Indian market or in the bulk aisle of an organic grocery store — you’ll pay much more for small bottles. But don’t worry if you’re missing one spice, or want to experiment by adding another. You can play with the balance of spices to suit the tastes of your friends and family, too — it’s less about strict rules or exact amounts than the combination of flavors and aromas. Indian food, I’m learning, both encourages and forgives creativity: from home to home, no dish is prepared in precisely the same way, a curiosity considering how classic many dishes have become. It too has come to remind me of what Shabbat can be.

Serves 4 as a main course, or more as a side-dish

1) Wash dried black eyed peas well and place in a small pot with water covering by an inch. Bring to a boil, lower heat and allow to simmer for 45 minutes or until soft. Drain and rinse well. If using frozen instead, place black eyed peas in boiling water for 5-10 minutes, drain and rinse.

2) Bring a medium pot of water, half-full, to a boil and add cubed butternut squash. Simmer for 8-10 minutes or until tender. Drain.

3) Place a dry, large skillet or frying pan on medium heat, and let the pan warm as you add several turns of black pepper, the cumin seeds, and fennel seeds. Allow to toast for about a minute, shaking occasionally.

4) Add 1 tablespoon of olive oil and allow to coat the bottom of the pan.

5) Toss in diced onion, and a dash of sea salt, stir well, and cover. Allow to cook for about 7 minutes until onion begins to look translucent, stirring occasionally. You can add a few drops of water to release caramelization from the pan. Cover when done.

6) Add minced garlic and stir. Allow to cook for about 2 minutes.

7) Add butternut squash to the pan and stir gently. Add turmeric, cumin, garlic powder, cayenne, nutmeg, and another tablespoon of olive oil and stir. Allow to cook covered for about 5 minutes. It’s okay if the cubes of butternut squash begin to lose some of their shape.

8) Add black eyed peas and stir into squash until evenly distributed, and allow to cook for another 2 minutes.

Stephen Vider, formerly assistant editor of Nextbook.org, is a doctoral candidate in History of American Civilization at Harvard University. He is currently at work on his dissertation, titled “No Place Like Home: A Cultural History of Gay Domesticity.”