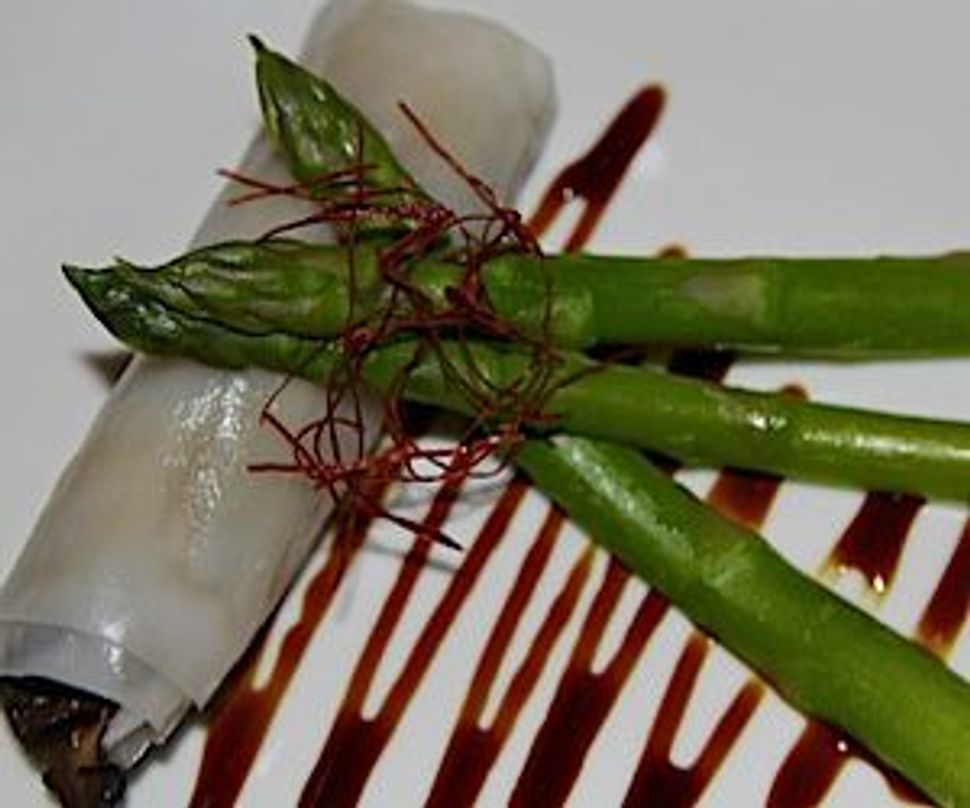 Image by Courtesy of Manna Catering

“I’ve always been a frustrated restaurateur,” admitted Dan Lenchner, co-founder with his wife Joni Greenspan of the kosher Manna Catering company in New York. “But doing a real restaurant is a major production that requires at least half a million dollars,” he added in a conversation with the Jew and the Carrot. So, creative problem solver that he is, Lenchner has satisfied his longstanding jonesing for restaurant proprietorship by offering pop-up experiences to (kosher) foodies once every couple of months, starting last October.

This Thursday, Manna will be hosting an Italian inspired pop-up restaurant in a converted industrial space called The Foundry in Long Island City. Several of the evening’s dishes are inspired by Lenchner’s son Yair’s recent visit to Italy. The 25 year old, French Culinary Institute graduate is currently a line cook at The Mark restaurant by Jean-Georges. He’ll contribute hazelnut crusted cod, anchovy and fresh ricotta crostini, poached egg with frico (a wafer made of fried grated Parmesan) and sage cream to the menu. The meal will be fleshed out with a couple of Manna’s favorite dairy Italian dishes, like gnudi which, Lenchner likens these ricotta dumplings to “naked ravioli” and a deconstructed tiramisu for dessert.

Word of their pop-ups has gotten out, so their work for this upcoming one has increased three or four fold. The previous pop-ups in October (no particular theme), November (Vietnamese and Indian) and February (Israeli) attracted no more than 30 diners each, while reservations for this new one are fast approaching the 120-person limit. “We’re happy campers” the senior Lenchner said in reference to both the increasing numbers, as well as the opportunity the pop-ups give them to set the menu without regard to client input — something that predictably has not happened over the course of their 30 years in the catering business.

Lenchner hopes to offer a pop-up once every month to two months from now on. He hasn’t yet planned ahead in terms of menu themes, but he told us he is certain that they will be influenced by the travel he and Joni do. “We travel a lot and we focus a lot on food on our trips,” he said. “We are always looking at the food in the local markets and restaurants to get ideas and be inspired. We take cooking classes abroad and come home with new ingredients, ideas, and sometimes also recipes.”

With his technology skills not advancing as quickly as interest in his dinners, Lenchner can’t point interested diners to a Twitter feed or Facebook page. At least for now, he says people should email [email protected] to make a reservation for April 26, or to request to be put on the mailing list to be notified of future dates. At the upcoming event, seatings will be from 6:30 to 9:00 p.m. and the cost will be $100 per person, including wine.