Sip on This: ‘The Kosher Grapevine’ 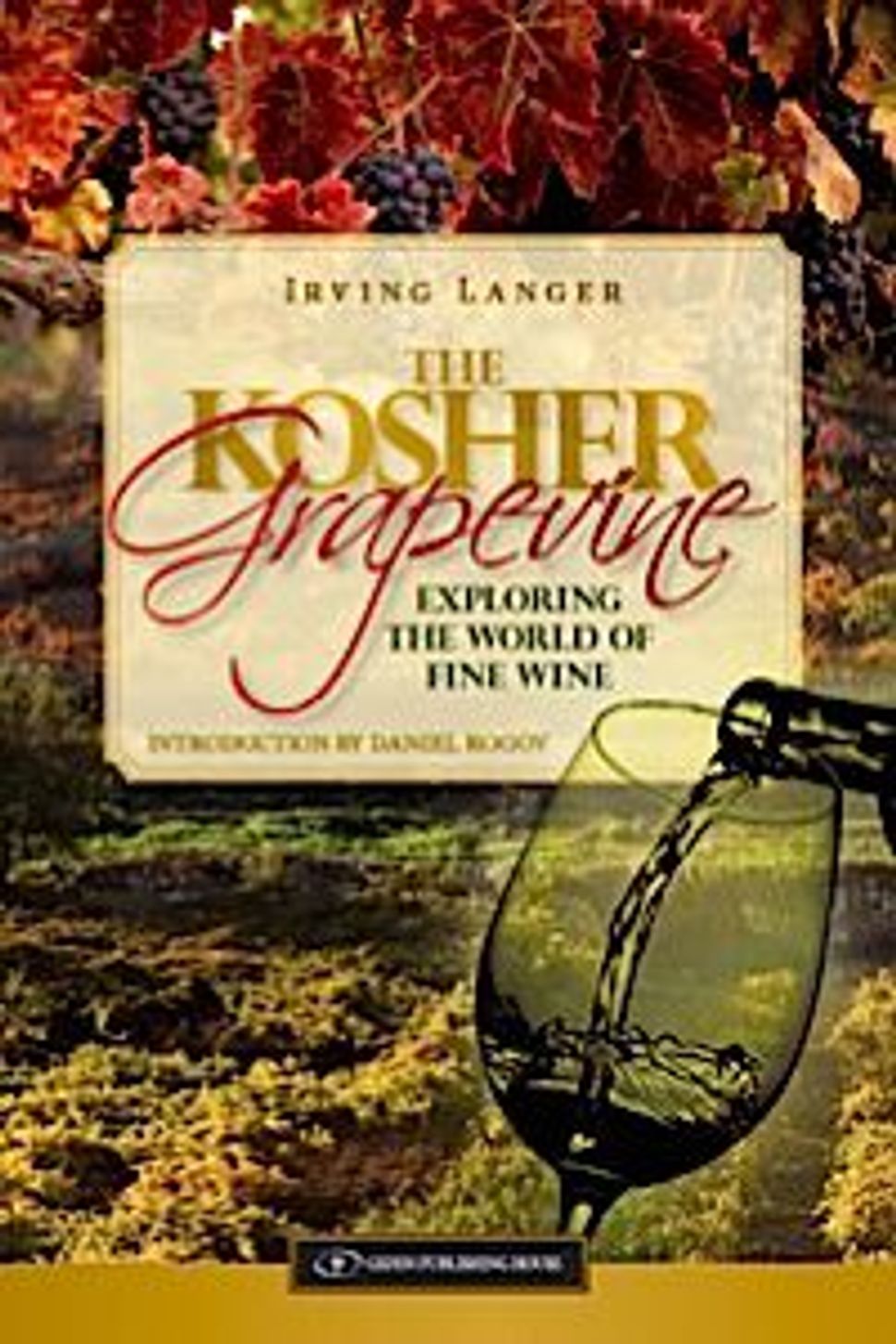 At first glance, Irving Langer’s “The Kosher Grapevine” would seem to be just another wine primer. Langer guides the novice through the usual wine primer topics: Which grapes make what kind of wine, how it’s done, how to taste wine, what kind of stemware to pour it in, how to match wine with food, and even how to face down a snobby restaurant wine steward. And, of course, Langer explains what makes wine kosher. It’s the sort of “how-to” guide of which there seem to be a jillion on the shelves of Barnes & Noble — some worse, some better than this one.

But Langer, a retired real estate maven, is up to much more than plodding through the basics one more time. He’s got an agenda, and an unusual one at that. Langer wants to show that the traditional “sacramental” wines, loaded up with sugar, are not what observant Jews (like himself) should consume. It’s dry, modern wines that are called for, and the more nuanced the better. “I am convinced,” he says, “that the fine kosher wines being produced today provide us with an opportunity to relearn the skill that the sages of the Talmud certainly possessed: the ability to experience pleasure as uplifting and edifying.”

Langer looks to those Talmudic sages to make his case that dry wine is not only the right wine for us, but that it was also the right wine for them, and that it was even the right wine for the Temple Alter. He quotes Rav Ashi, the first editor of the Babylonian Talmud: “The sweetness of the sun is not disgusting; the sweetness of the fruit is disgusting.” This seemingly contradictory statement rightly fascinates Langer, who probes it carefully. A dry wine, he suggests, having used up its sugar in the fermentation process, “is like a person’s soul going beyond the realm of physical pleasure to enter the realm of spiritual joy.” If, on the other hand, the grape has more natural sugar than can be consumed during fermentation (“sweetness of the fruit”), it symbolizes an “incomplete transformation.” That realm of spiritual joy has yet to be fully entered.

But what makes the “sweetness of the sun” not disgusting? To answer that question, Langer first notes that the Mishnah states that, hewing to a standard quite different than that for Kiddish, sweet wine should not be offered at the Temple alter. Even one drop of honey renders it unfit. What the Mishnah called “Heliston” wine, however, while not desirable, can be offered at the alter and declared kosher “after the fact.” Just what is Heliston wine? Langer goes to the Greek root, “helios,” meaning sun, and argues that Heliston refers to wine that has been dried by the sun, or what is now called “late harvest” wine made with fruit that’s been dried and made sweet by the sun. That’s provisionally permitted as a Temple offering. Nothing is absolute in rabbinic matters, of course, and the Shulchan Aruch, Langer points out, declares that sweet wine can be used for Kiddish. And indeed most of us do.

If you’re looking for a highly detailed guide to today’s vibrant Israeli wine scene, the late Daniel Rogov’s “Ultimate Guide to Israeli Wines” remains authoritative. But for a lively exposition of how fine kosher wine can uplift Jewish lives, “The Kosher Grapevine” fills a worthy niche. And it affirms that the hour arrives for Kiddish, you can scrap that bottle of syrupy sticky stuff and connect to our tradition by pouring as fine a kosher wine as you can afford.

Sip on This: ‘The Kosher Grapevine’