For the Love of (Israeli) Chocolate 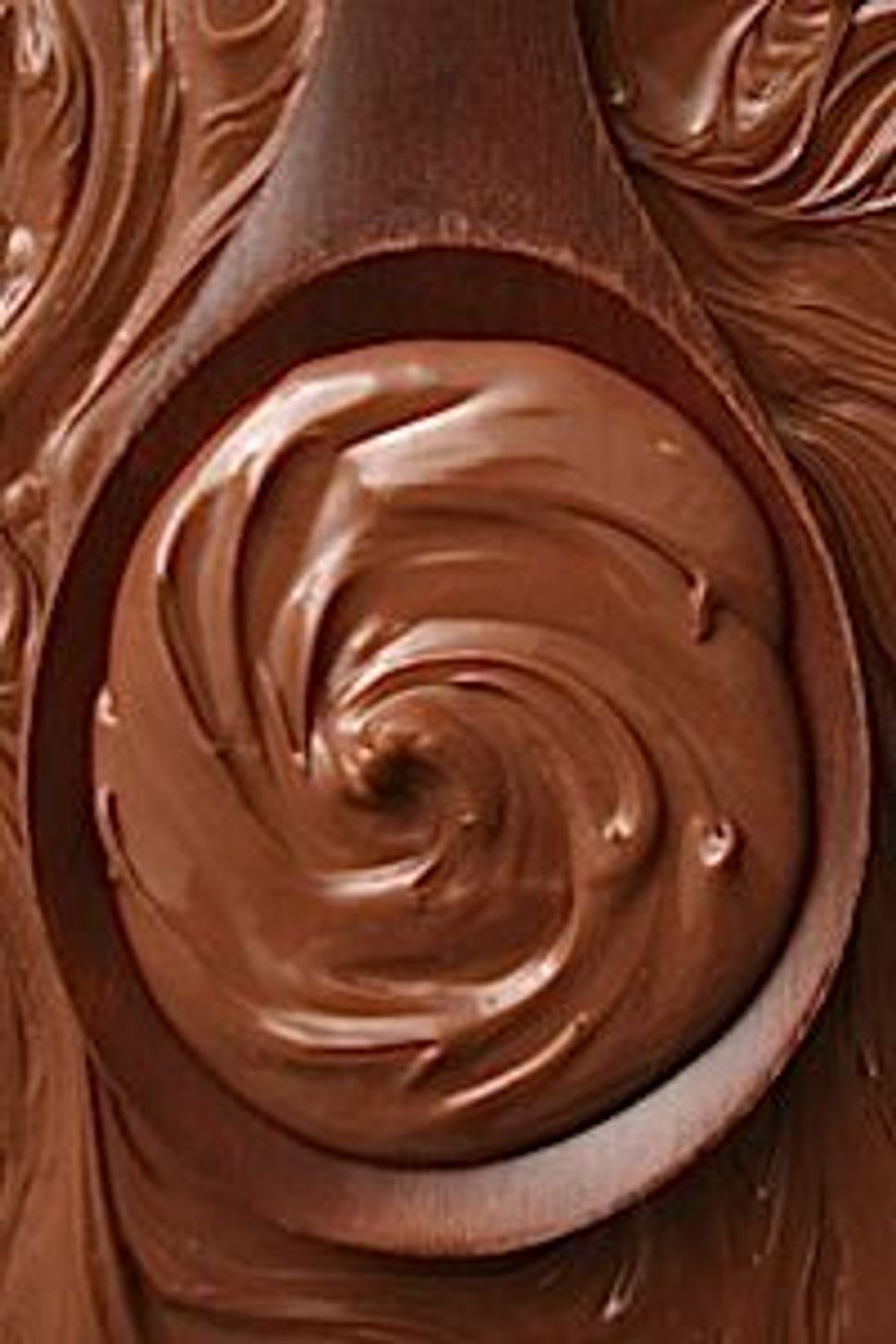 With Shavuot around the corner, I’m thinking about milk chocolate and Israel, where there are several unique local options. As Janna Gur, Editor of Israel’s Al Hashulchan–The Israeli Gastronomic Monthly explained to me in a phone conversation, Israelis love chocolate and have a distinct preference for milk chocolate. The history of these chocolates tells us something about the growing years of the country itself.

The Elite brand developed several favorites in the milky realm. M’kupelet, bars of thinly folded milk chocolate similar to the Flake Bar of Cadbury from 1920, have been produced by Elite since 1935. The fondly remembered Hayal-Hayelet, a fifty-gram milk chocolate bar, was sold to Israeli soldiers at subsidized prices at canteens. Chocolate eating in the Tzava, the Israeli army, provided, as one person described to me, another means to klitah or absorption into Israeli society for what he called “exotic populations, immigrant groups from Morocco, Yemen, Ethiopia.”

While Elite attempted to capitalize on the culture of the military through Hayal-Hayelet, its Para brand cultivated the general Israeli population. Israel’s boutique chocolate purveyors of today compete with this long familiar taste of Elite’s pioneering Para (cow) brand, originally known Shamnonit. Wrapped in the distinctive red paper imprinted with a cow, Israelis fondly identify it simply as Para, or Para Adumah or Shokolada Parah.

To find out more about Elite and its Para on a recent visit to Israel, I tracked down a phone number for the Strauss Group (which merged with Elite in 1996) expecting an ordeal to connect with the right person in the chocolate department, yet hoping to confirm an appointment during my limited time in the country. The receptionist responded with typically hospitable Israeli informality and immediately offered to gift me a book about the history of Elite from her home library. The next morning I drove to the company headquarters in Petach Tikvah to find Tzila Gilbert at her desk with the large commemorative picture book about the 60th anniversary of Elite stapled carefully into a white envelope. Not only that, but Tzila then encouraged us to enjoy a drink at the Elite café at the other end of the hall. As I downed my hot chocolate with M’kupelet, Tzila contacted the director of the chocolate division for an appointment. Within just moments we were chatting with Hila Elad, Director of the Chocolate Division of the Strauss Group. Hila grew up on Para, having often lunched on a fifty-gram slab of Para chocolate on a roll. Twenty to thirty years ago all they had was Para, she recalled nostalgically.

Israelis also adore chocolate flavored spread. Around the time that Nutella unveiled its first modest version in 1946, Israelis developed a local formula, minus the hazelnuts. As Haim Palgui, Elite’s “Chocolate Chief Technologist,” explained, “…it spreads easily on bread, it does not spoil, it is cheap and sweet.” In the austerity period of the 1950s, the Tzena, his mother, whipped up the spread using margarine, powdered sugar and cocoa powder. One former Israeli army reservist recalled that chocolate spread was often served at meals in the army, its parve (non-dairy, non-meat) nature making it an easy addition that caused no conflict with the laws of kashrut. Also, night patrols fortified themselves with sweet tea, bread and chocolate spread, both going out and returning, as my kibbutznik brother-in-law Jay recalls. So maybe adding Chocolate Spread made with butter, instead of the simpler parve original version would be a great addition to your Shavuot table.

1) Cut butter into small pieces and put in blender.

3) Put in a container and refrigerate.

Rabbi Deborah R. Prinz, Director of Program and Member Services for the Central Conference of American Rabbis, is the author of the forthcoming book *On the Chocolate Trail: A Delicious Adventure Connecting Jews, Religions, History, Travel, Rituals and Recipes to the Magic of Cacao to be published by Jewish Lights in the Fall of 2012. She maintains a blog at Jews on the Chocolate Trail.

For the Love of (Israeli) Chocolate