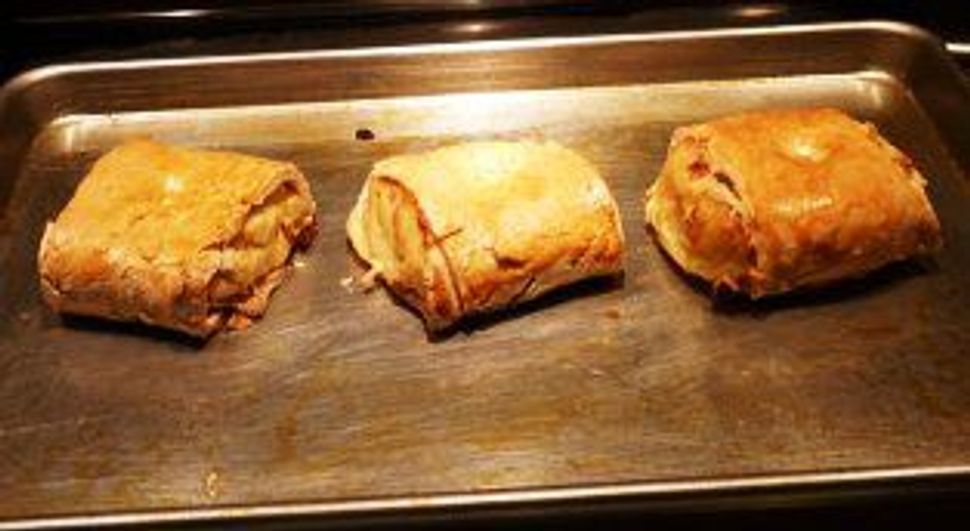 Our family moved from Roslyn, Long Island to Portland, Oregon in 1993. That spring, while standing on the sidelines on a soggy soccer field another mother asked me: “Have you done your canning yet?”

No one had ever asked me this in Roslyn.

When I arrived in Roslyn from Chicago twelve years earlier, one thing became quickly clear to me about my new residence: nobody made anything that could be bought in the store. Friends expressed surprise that my potato salad didn’t come from the deli and my children’s birthday cakes didn’t come from the bakery. I drove half an hour to buy a spool of thread. In Roslyn I was Earth Mother Incarnate.

So it was humbling to learn that in Portland I was a DIY neophyte.

No, I hadn’t done my canning yet, but I took to it enthusiastically, transforming Oregon’s bounty of berries into jams and home-grown cucumbers into pickles. At that time, Portland’s DIY consciousness was a residue of plucky pioneer spirit, over a decade away from the hipster obsession it would become.

In Portland’s Jewish community, though, the consciousness was nonexistent. I could have been back in Roslyn. I remember my grandmothers making homemade noodles, sesame candy, and gefilte fish, but this sensibility was long lost among the Jews I met in the early ’90s. Attendees at a JCC event raved about my “homemade tuna salad” (a can of tuna mixed with mayonnaise). Parents rushed into Hebrew School potlucks bearing giant tubs of something from Costco. Thankfully, this too has gradually changed. My youngest son is 12, and at his Hebrew School potlucks parents contribute home baked challahs and vegetarian casseroles from home grown vegetables.

For Jews, like everyone else, a major satisfaction of DIY projects is a sense of empowerment. You are no longer a passive consumer of items that appear on store shelves after a mysterious (and industrial) process of creation. Yes, YOU can transform those balls of yarn into a sweater, those tidbits of leftover vegetables into a soup, that flour and yeast into a golden loaf of bread. I recently attended a cheese making workshop where a cheery farm woman heated milk up to a certain temperature, added a few enzymes, let it sit until it “looked right”, stirred it, then let it drain overnight: voila, a simple cheese! “Nothing to it,” she announced, and there was the cheese to prove it, another product demystified.

For my latest DIY project, I cast about for an unmet need. Portland is awash in home-brewed beers, infused liquors, fruit vinegars, exquisitely formed chocolates, hand-roasted coffee beans. As far as Jewish food goes, we have boiled bagels, pastrami, corn rye, dill pickles. But one treat I couldn’t find was a potato knish. A few supermarkets sell them, but they are imported from New York. The only homemade knish I’ve eaten in the Pacific Northwest is sold at Knish Bliss, a booth at the annual Oregon Country Fair. We scarf these flaky delights, filled with creamy potatoes and optionally augmented with spinach or mushrooms, before heading off to see any of the acts at the Fair.

Unfortunately, despite repeated attempts, I was unable gain any insight into the Knish Bliss secret. An internet search yielded several recipes; I ruled out the deep-fried varieties and settled on a recipe from the excellent New York-based blog Smitten Kitchen. Four generations of women gathered in my kitchen on a rainy afternoon for knish construction: my mother-in-law, visiting from New York; myself: my oldest daughter; and my three month old granddaughter. I mixed up the dough and let it sit for an hour while my daughter and I made two fillings, one with potatoes and caramelized onions, the second with mustard greens, leeks, and cream cheese added. Then came the tricky part; rolling out the dough. It was somewhat dry but came together enough to allow us to fill it with potato mixture and roll it up like a jelly roll, and seal it. We placed the knishes on a baking sheet, poked cute dimples in their middles, and glazed them with egg yolk and water. Forty-five minutes later, we pulled attractive, fairly authentic-looking knishes from the oven.

I have to admit, some mystery remains with the knish. Ours tasted pleasant enough, but the crust was too hard and the filling (especially the plain potato one) a mite bland. My mother-in-law said they weren’t nearly as flaky as her Tante Ida’s, and frankly they didn’t melt in the mouth like Knish Bliss either. I suspect they were missing sufficient amounts of those standbys of the traditional Eastern European Jewish kitchen: fat and salt. And maybe our technique with the rolling pin wasn’t as adept as it should have been.

So there I am on the DIY continuum: Earth Mother, perhaps, Tante Ida, no. I wish our female ancestors were still around to transmit their technique to us. Our mothers were too busy escaping domesticity to take instruction, and now younger generations must rediscover the skills that have been lost.

Though, realistically, making dough stuffed with mashed potatoes is not a DIY project I want to engage in over-frequently anyway.

Wendy Gordon is a writer with a Master’s degree in Nutrition. She lives in Portland, Oregon with her family and is an avid cook and organic gardener.