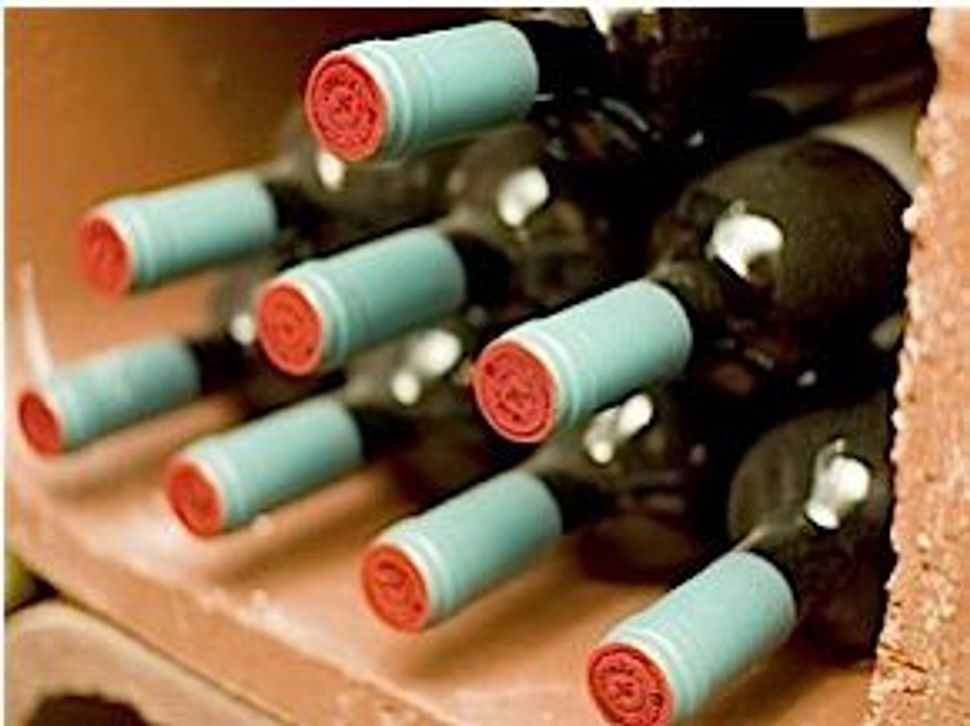 Amid Buenos Aires’s Once-Abasto area — a tight knit urban oasis of kosher restaurants, stores, butcher shops and synagogues — sits the large but crowded flagship store of the wine producer Tariag 613. Fighting for shelf space are crates of matzo, kosher food stuffs and wines from the San Juan area, a lesser known wine region close to the more famous Mendoza region in the shadows of the Andes Mountains. The various crates are marked by their varietals — Malbec, Torrontes, various blends and sparkling wines. Here I met Ariel Hurtado, the young son of one of the owners of the wine company which launched in 2006. Hurtado tells me, “the whole idea of this enterprise, this business, is to introduce the Argentine culture of kosher wine to the whole world.”

I was able to sample a few of the wines, including their Malbecs that taste, to me, like any other in Argentina, and their Vino Dulce, a sweet wine that is among their best sellers. The latter is like an American Concord kosher wine it has a delicious sweetness, but a little less cloying, since it’s the Malbec grapes give it a little more depth within its fruitiness.

The company, he explained, is the largest producer of kosher wines in Argentina producing 200,000 bottles annually. But only round 60% of that stays in Argentina. The rest is exported to places like Peru, Brazil, Chile and Australia. Tariag 613 isn’t available in the U.S. yet, but Hurtado says they hope to be soon. Still, they’ll have to compete for space in that market against other American kosher wine companies in Argentina, mainly Kedem.

“Being a producer in Argentina… [it] is difficult to compete with international producers, like Spain, the U.S., and others around the world,” Hurtado said. Still, he is hopeful, as his six year old company has expanded rapidly. “I don’t have to go to the buyers, the buyers come to me, so it is very weird talking about a business. People come to me,” interested in his company’s kosher production, he said. The day we spoke, he received a call for 20,000 to 24,000 bottles to be shipped to Italy, itself one of the world’s largest wine producers.

“Outsiders, they are in a hotel, five stars, and they are checking the wine card, and they want an Argentinean wine,” Hurtado says. “It is something that’s been developing [for] ten years, that is hot, that Argentine wine is becoming richer. And Malbec… it is just a varietal that is produced here in Argentina, and it is very strong.” In addition, Hurtado says, that the kosher wine world has little variety, making a new company using an iconic varietal like Malbec rather in demand.

“The personal taste of Jews, here in Argentina, in Brazil, also in Australia is to prefer sweet wines,” he said, adding, “the extra brut for example does not have a huge demand. The more sugar, always the best. Here in Argentina…the sweeter the better.” This is different from what he hears from his non-Jewish clients. But still he says non-Jews often select kosher wines because it is considered a mark of quality and something interesting to try while in Argentina.

Tariag 613 isn’t the only kosher producer in Argentina. Among the newest is Marumatok, a kosher food company which started producing still and sparkling wines out of Mendoza in 2007.

As the market for Argentine wine expands around the world, kosher wine will likely follow. The President of the Argentine Sommelier Association, Andres Rosberg said, “I don’t get too many questions about it yet, but more people have asked me about Argentina’s kosher wines.”