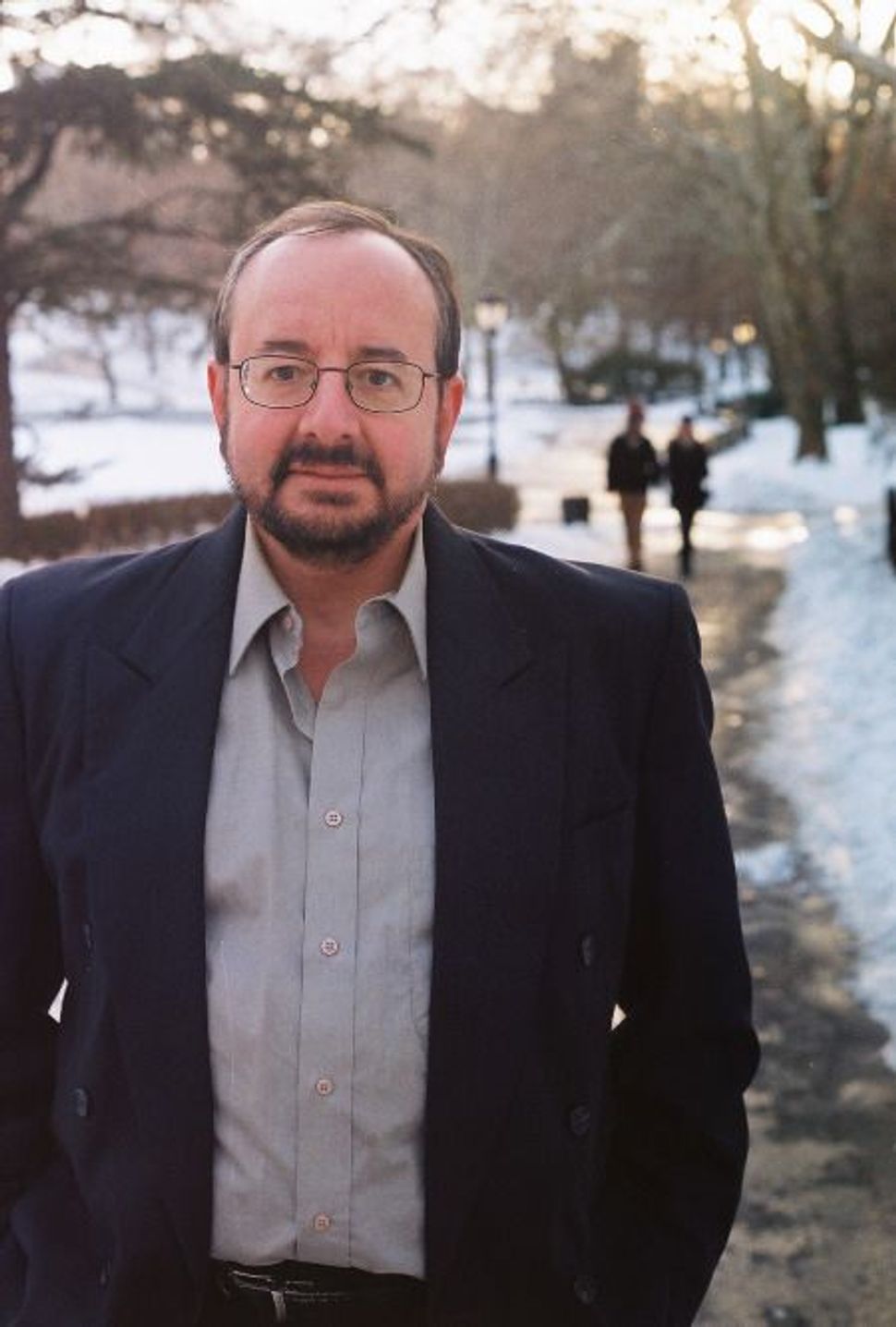 “How much time do I have?” Gil Marks asked towards the end of his presentation at the 92Y last Tuesday. The answer (two minutes) didn’t seem to perturb him in the slightest. “Great. Well, in the next two minutes, let me take you through about 2,000 years of Jewish history.”

That was pretty much the theme of the evening, as cookbook author and Forward columnist Leah Koenig interviewed Marks, also an author of several cookbooks and, most recently, the “Encyclopedia of Jewish Food,” during a talk labeled The World of Jewish Cooking, part of the 92Y Talks series.

Marks, a rabbi, historian, chef and social worker with an amazing knack for culinary detective work, framed the evening by explaining that the history of Jews and food is a story of influence and inspiration, as Jews both shaped the food cultures where they lived, and were influenced by them. This theme repeated itself over and over — from caponata (a classic Italian eggplant, olive and tomato dish, invented by Jews so that could be made ahead and enjoyed on the Sabbath), the Hamentashen (now sold in New England bakeries and called “Patriot Hats”), and falafel.

Our history lesson took us from Italy to Poland to Holland and to America. With each story, I wanted to ask, but how do you know that? How do you find out, for example, that Polish Jews didn’t really like grains except for buckhwheat, so they adopted the Slavic word for grains (“kash”) and called their buckwheat groats “kasha”? How do you know that, as Marks put it, “Judah Maccabee never ate a latke” and instead, the fried potato pancake we know was only born when potatoes were introduced to Europe in 1840? (Before that, we learned, the original inspiration for the fried pancake came from Italy, where olive oil was plentiful and in fact the pancake was made of fried cheese. Migrate that north — where the readily available fat is shmaltz (goose or chicken fat) and frying cheese becomes a kashrut problem. Latkes were made with grains (like that buckwheat) until the potato showed up.) But Mark’s knowledge is as deep as it is broad, and he bases his stories in etymology, the history of populations and global migrations, and with a few jokes thrown in so that you get the sense he really enjoys this stuff, too.

How does kosher play a role in this globally-evolving Jewish food world, Koenig wanted to know? Marks told two fascinating stories about iconic American foods and their Jewish roots. First — baked beans. We know that the first food to have an OU hechsher (kosher symbol) in this country was Heinz’ Boston Baked Beans. But their Jewish roots go back further than this, according to Marks. See, the pilgrims didn’t come straight from England to America. They stopped off in Holland, a cosmopolitan area where they lived alongside Sephardi Jews, among others. The Sephardi Jews had a chulent-type dish of beans, goose fat and honey which the pilgrims evidently enjoyed. When they made it to New England, they had to make a few substitutions, however: honey and geese were scarce, but maple syrup and pork were plentiful: hence Boston Baked Beans, with bacon and maple syrup.

The second story seems even harder to prove except that we know it’s true by sheer popularity. Marks explained that for American Jews in the early 20th century, looking to fit in and yet still squeamish about ham, the ultimate breakfast food was Eggs Benedict (eggs, ham, a creamy Hollandaise sauce and English Muffin). How could Jews climb this social ladder? By substituting bagels, lox and cream cheese. And did it work? “You tell me, which is more popular today, bagels and lox or Eggs Benedict?”

If there are a lot of sidenotes in this piece, it’s because that’s how Marks speaks. Every ingredient reminds him of a story, whether it’s an Italian Jewish cookie called “sticks” (a humorous take on the not-so-funny reality of being chased out by people with sticks), honeycake (which used to be made with breadcrumbs, as did gingerbread, until the invention of baking powder in the 19th century), or fish farming (Jews were experts in this in Europe, and have brought their expertise to Israel, which is now an industry-leader in commercial aquaculture).

After finishing his first cookbook, “Olive Trees and Honey,” his editor told him “you’re a walking encyclopedia — why don’t you write one?” and several years later, in fact, he did. And it’s an amazing book. I take my copy to bed with me sometimes, wandering around in the doubly-magical realm of history and cooking, foods that were baked in communal ovens or shaped by bakers over centuries and continents, stories about people who were always on the move, always innovating, always hungry. I know I left the talk hungry for more (where exactly does Kishka come from? What was that he was saying about dumplings?) and am glad for the copy of the book on my nightstand where the conversation continues.

Anna Hanau is the Associate Director of Programs at Hazon, and co-authored “Food for Thought, Hazon’s Sourcebook on Jews, Food and Contemporary Life.” She and her husband founded a kosher pastured meat business called Grow and Behold, and keep a flock of chickens in her backyard in Brooklyn. In accordance with Hazon’s conflict of interest policy, Anna does not work on Hazon’s meat or meat-related projects.