When in Rome, Zuckerberg and Chan Eat Kosher 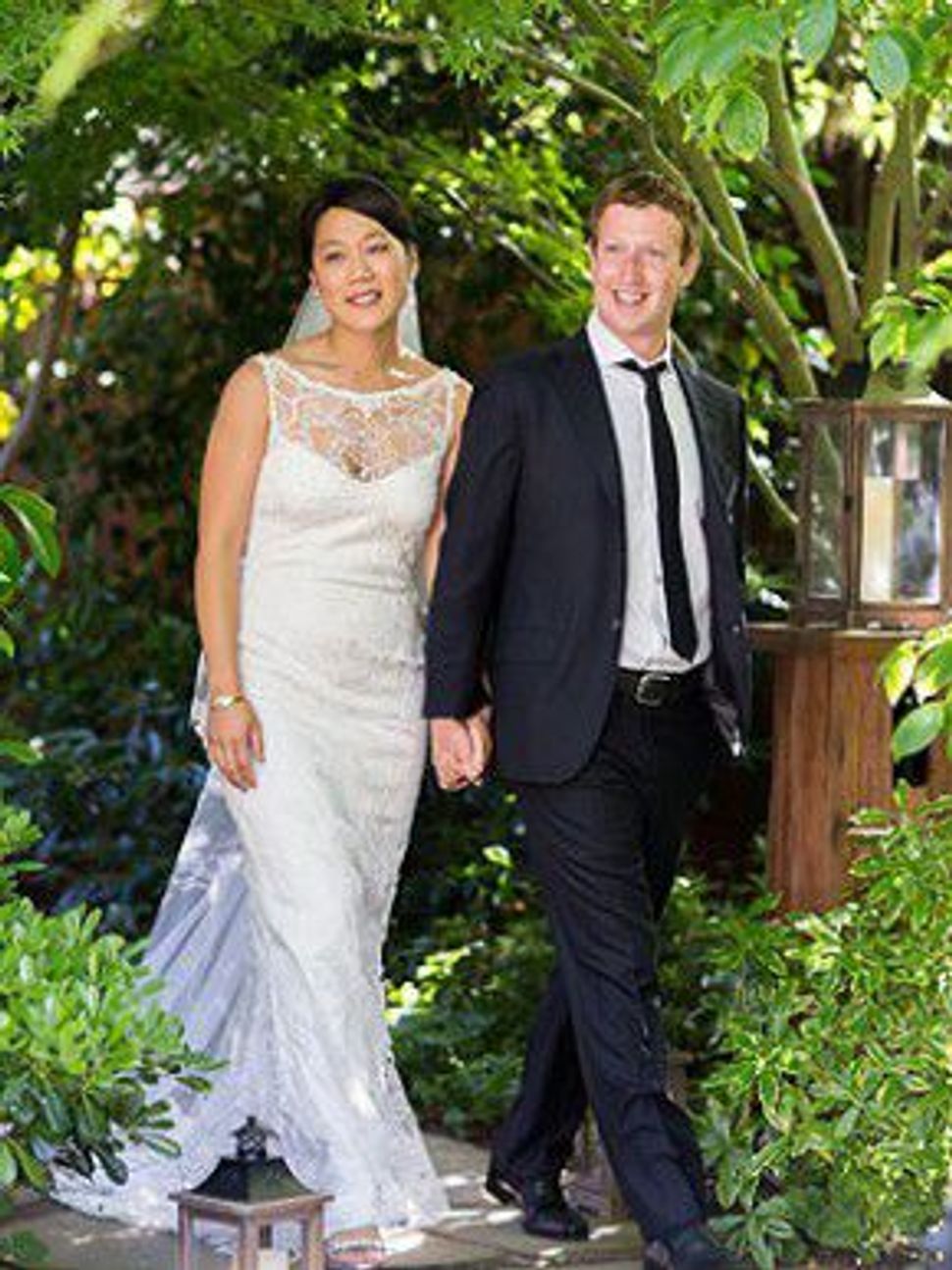 The Jew and the Carrot doesn’t understand why people are so surprised that a guy who wears hoodies and jeans day in-day out is thrifty when it comes to food. Nonetheless, the fact that that Mark Zuckerberg and his new bride Priscilla Chan are anything but upscale foodies seems to have some commentators irked. We, however, are a bit surprised about something else: the couple’s romantic honeymoon lunch in Rome…at a kosher restaurant.

The NY Post dished out the snark on just about everything to do with the Zuckerberg-Chan nuptials, from the backyard ceremony to the low-key ring, to the even lower-key fare. “Instead of the fairy-tale ceremony of most women’s dreams, Chan wound up with a wedding in her own back yard that featured $7.50 Mexican food,” reporter Rita Delfiner wrote. Indeed, on the menu was food from local Mexican bistro Palo Alto Sol and Japanese joint Fuki Sushi.

The SFist pointed out that the Post wouldn’t understand the laid back scene in Northern California, but agreed that the couple may have gone a bit too far. “Yes, this is California, after all. We probably shouldn’t expect a New York paper to understand the romance found in an inexpensive plate of carnitas. But we are still dying to know: did it come from a truck?” it sniped.

Now that the wedding is over, it’s time for the gossip media to scrutinize what Facebook’s first couple has been eating on their honeymoon in Rome. We have to admit that we were taken a bit aback at learning that Chan and Zuckerberg had lunch at a kosher restaurant in Rome’s Jewish Ghetto. Of course, the kosher part is a surprise, given that the food at the wedding was not kosher (and there were no reports of the wedding ceremony having any Jewish elements to it). But it is even more shocking that they were able to eat lunch at a kosher restaurant for only $40. Indeed, few of us can make it out of a kosher restaurant without parting with more cash than that.

Perhaps it was the couple’s forgoing wine that kept their bill low. Their lunch check from the Nonna Betta restaurant, which Anthony Bourdain once checked out, was posted all over the Italian news websites showed that they lunched on Roman style artichokes, ravioli in an artichoke sauce and fried pumpkin flowers. They had tea and water to drink.

“They seemed like two lovebirds. They shared a plate of artichoke ravioli in the centre of the table. It was a very romantic scene,” reported Umberto Pavoncello, Nonna Betta’s owner. That’s some food for thought for those who have ragged on the couple for their downscale tastes.

Editor’s Note: It now seems as though the Beth Din of Rome is no longer certifying Nonna Betta which has taken to calling itself “kosher style.” This might also go some way to answering the question as to how the check was limited to $40!

When in Rome, Zuckerberg and Chan Eat Kosher