Be Courageous and Eat: Comfort in Tradition 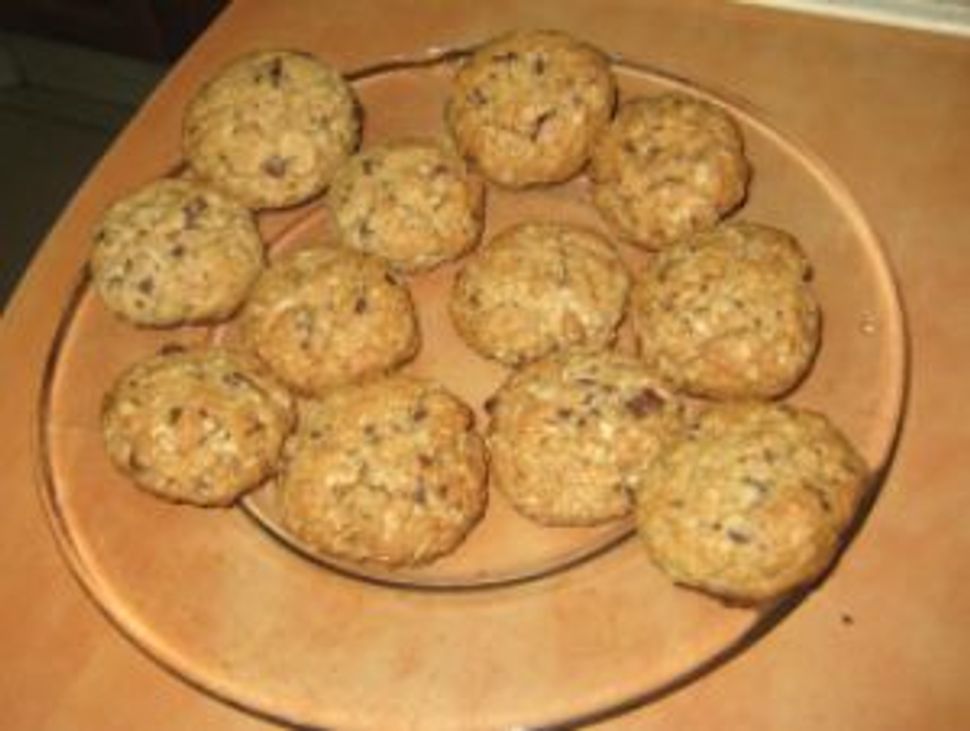 I am a fourth generation Detroiter. My parents (aunts and uncles included), grandparents, and even some of my great-grandparents were born in the fabulous and flourishing city that was, and still is, Detroit. My dad runs a business that belonged to his father, that belonged to his father. My grandfather has been driving a float in the Detroit Thanksgiving Day Parade for over twenty years, and in his 50+ years of life, my dad has only ever missed one parade. My maternal great-grandfathers owned a tavern and a bakery, where my uncle later worked during the summers. My mom and her two siblings were told to apply anywhere they wanted for college, as long as it was in Michigan. Over matzah balls and meat balls, my Bubbie finds any excuse to tell her grandchildren “you can live anywhere you want” followed by a limited list of Detroit suburbs. Her tone implies suggestion, but we know they are demands. The only thing that parallels our connection to Detroit is our connection to food — or perhaps they are really one in the same.

For as long as we have been in Detroit, we have shared meals together; birthdays and holidays, simcha (celebration) and sorrow, bags of chips and meals with enough leftovers for a week. And because very few people have ever left Detroit, even the small family get-togethers meals tend to include more than thirty people. But two weeks ago, I moved from my long-time home (of the crab-apples) to The Big Apple. Instinctively, I am overwhelmed by the sheer number of people, the variety of smells from block to block, and — like a true Michigander — public transportation. This is the abridged story of my search for a little taste of home in the big city.

I find some solace in the coming week’s Parasha (weekly Torah portion), Shelach Lecha (translation: I will send you). This story reminds me that while I may be one of the first in my family to have left home, I am not alone in my experience. In the Parasha, God sends the twelve Meraglim, surveyors (or spies, depending on your school of thought) into the land of Israel, during the time of the first-ripe grapes (Num. 12:20). And when they arrive, what do they do? They eat, of course! Grapes and pomegranates and figs, and all the other delicious fruits that make it worthwhile to travel to the Land of Milk and Honey in the fall to this day.

The Meraglim come back to the Israelites with a report that the land was full of people, some of whom were giants. They are scared, doubting, terrified even — they ask to go back to Egypt. In spite of all that, they rave about the food. In New York, there are lots of people, many of them Jewish, and great food — maybe that why New Yorkers act like they live in the Holy Land.

It was food that brought me on my journey to New York in the first place. Growing up with a type-one diabetic sister, I had a home that was relatively more health conscious than most and I am approaching the 11 year anniversary of my decision to become a vegetarian. When I was living in Israel for the after high school, one of my teachers handed me a copy of Michael Pollen’s “Omnivores Dilemma”, in an attempt to end that commitment, but all it did was fuel the fire (or, water the seeds, more appropriately) — not specifically about vegetarianism, but about the importance of healthy and sustainable food overall. I returned to Israel for another year where I spent over two months WWOOFing on various types of farms around the country. It was there, planting tiny black onion seeds into the same soil that my ancestors had also farmed that I felt all the various aspects of my life connect to each other. Food, passion, past and present, all became one driving force. And to feed that hunger, I came to New York to begin a position with Hazon.

Since I couldn’t bring Detroit with me, I had to settle with the next thing that reminds me of home: food. But since food has weight, and it’s nearly impossible to bring anything with mass on an airplane, I brought recipes. For the time being, I feel as my ancestors did, like a grasshopper among giants, facing the big city with a non-transcribed recipe book. I look forward to the adventures that lie ahead and can only hope that the final destination is a sweet as milk and honey. To cope with the big move, I will follow in the tradition of my ancestors: Be courageous and eat (Num. 12:20).

This recipe has elements of both comfort food and healthy living. The cookie tastes like home and the lentils give it a Middle Eastern flare (which for me, also feels like home). When I bite into these morsels, I hear my roommates lovingly asking “Liz, are you making something weird again?”, and delighting in their enjoyment when they take a bite. With their sighs of satisfaction and amazement that a dessert can go beyond “Duncan Hines”, I am reminded that, like my ancestors traveling to Israel for the first time, the exodus was worth it.

1) Preheat oven to 375, and cook lentils (above). Puree into a rough mash using a blender or a jujjer (better known as an emulsifier or hand-held blender)

2) Add sugar, applesauce, and egg. Puree more, careful not to make it too soupy

Liz Traison is a recent graduate of the University of Michigan and holds a B.A. in History and Judaic Studies. She also attended Midreshet Lindenbaum and Hebrew University. She is incredibly excited about being the newest Program Fellow at Hazon She enjoys reading, cooking, and being outside-particularly on Skeleton Lake. For more creative recipes visit her blog, The Secret Ingredient.

Be Courageous and Eat: Comfort in Tradition