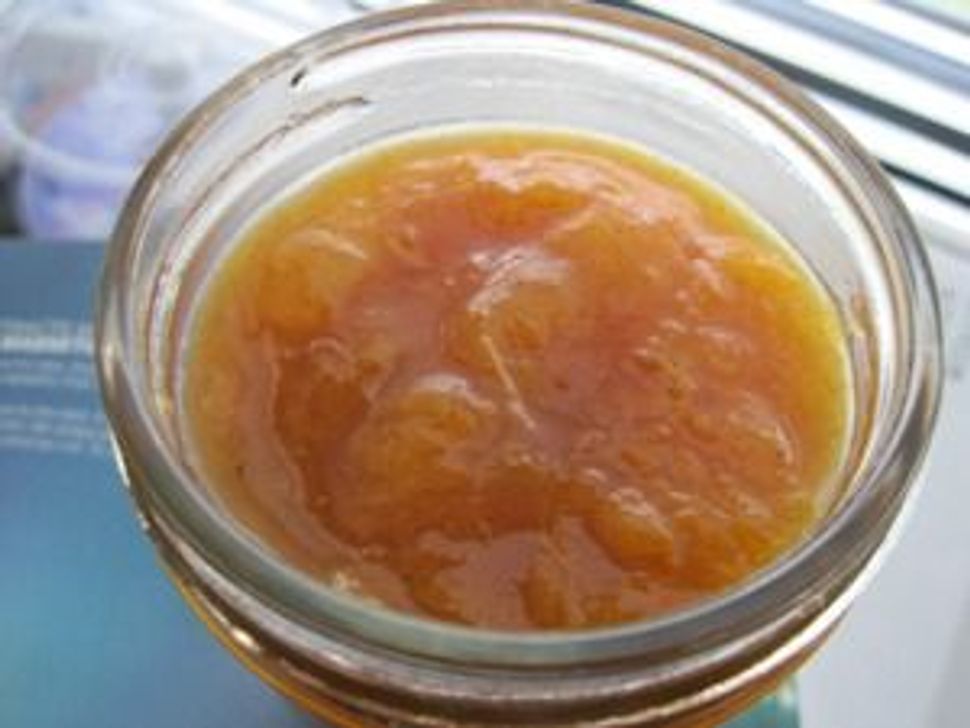 One of my all-time favorite comfort foods is a PB&J.

Seriously. Peanut butter and jelly make me happy. A toasted PB&J is even more heavenly. With a tall glass of milk (or milk substitute, if you can’t do dairy). But the one thing I don’t miss about my childhood sandwiches is the jelly or jam we used to eat.

I’ve always disliked oversweet jams, but until last summer I was never brave enough to try making my own. It seemed so hard! Truthfully though, homemade jams are incredibly easy as long as you have a large wide stockpot, a wooden spoon, and some glass jars.

Now, you can actually can (preserve) the jars and keep them in a cool pantry place for up to a year, but I prefer to make small-batch jams. I live in a pretty small apartment so there isn’t much storage space, and I like to be able to change up my jam flavors pretty regularly.

My favorite type of jam is stone fruit jam. Stone fruits have a high concentration of natural pectin, which is the gelling agent you need to jam, well, jammy. I also like adding different spices to jam to make it special–cinnamon, cardamom, nutmeg, and even black pepper. And perhaps the best thing about making homemade jam is that you can control the sugar content or use non-traditional sweeteners such as coconut nectar, cane sugar, turbinado sugar, to name a few (you can also just use equal amounts of traditional white sugar).

My favorite kind of stone fruit jam is apricot jam (followed closely by peach and plum). This is not your traditional sweet apricot jam: It’s tart because I use less sugar than you would for a traditional jam recipe, and the cinnamon and star anise give it delicious warm notes. As a side note, I never peel fruit when I make jam because I like the added texture, but if you prefer to peel them, you can do so by first cutting an x in the bottom of each apricot and dropping them in boiling water for a minute or so, then peeling the skin off and chopping.

1) Place a metal spoon in the freezer.
2) Place all ingredients in a 6 quart pot. Bring to a boil, stirring occasionally. Once the jam comes to a boil, stir frequently until the fruit is totally broken down. To test for the correct “jamminess,” place a small amount of the jam on the cold spoon and if it firms up immediately, it’s done. Remove the star anise.
3) Spoon hot jam into clean 1/2 pint or pint jars (don’t forget to wipe to rims after if you want to be able to open them again!), and store in the refrigerator for up to 4 weeks.
Makes about 2 pints of jam.