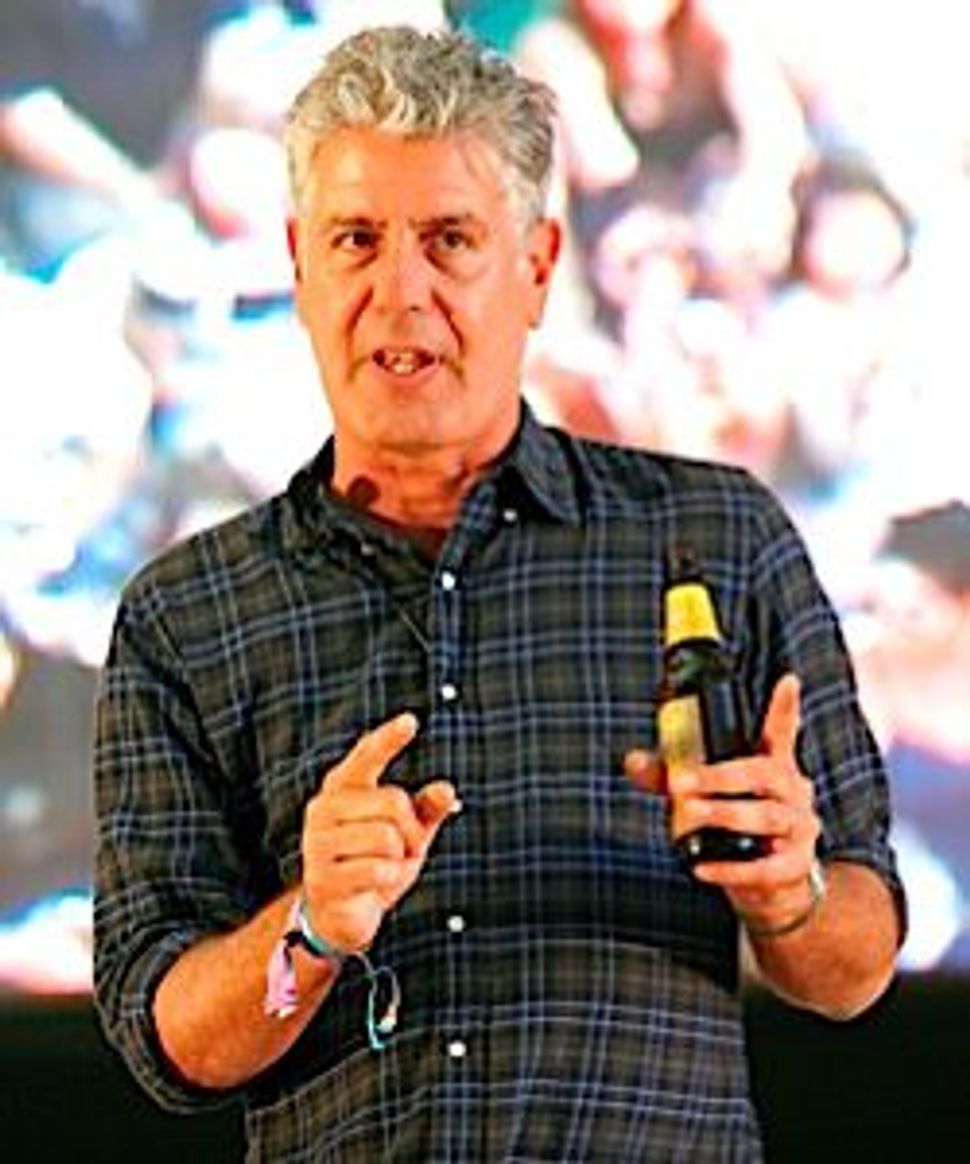 He’s traveled all over the world and eaten some seriously strange foods (a porcupine dish in Vietnam immediately comes to mind), but for the last episode of Anthony Bourdain’s “No Reservations”, the chef and TV host plans to face a Jewish favorite — the pastrami sandwich.

Bourdain made headlines last week when he announced that his hit Travel Channel series would be ending, and that he’d move over to CNN to host a weekend show. While we’re excited to see what Bourdain will do at CNN, we’re particularly intrigued to hear that he wrapped up “No Reservations” at Jay & Lloyd’s Deli, a kosher spot in Sheepshead Bay, Brooklyn.

We spoke to Jay Stern, owner of the nearly 20-year-old neighborhood deli who confirmed that, yes, in fact, Bourdain dined there for his final episode.

“He had brisket, chopped liver, pastrami, corned beef — samplings of a lot of different things. It was great,” Stern said. “He’s a hell of a nice guy, very personable, and it was a pleasure to have him here.”

Much to many fans’ chagrin, Bourdain never visited Israel on his show (there’s even a Facebook page urging him to go there). He did, however, get nominated for an Emmy for an episode he shot in Beirut just as the Lebanese-Israeli war broke out.

So why did Bourdain decide to finish off his show in the far-less-exotic Big Appple? “My guess is that [the New York City-born] Bourdain wanted to go back to his roots for his final show,” opined Stern. “He wanted to try some of our ‘exotic’ foods.”

We’re thinking Stern may have to start taking reservations now.

Check out Bourdain’s last trek through the Jewish fare of New York below. As for his final episode, it will air later this year.