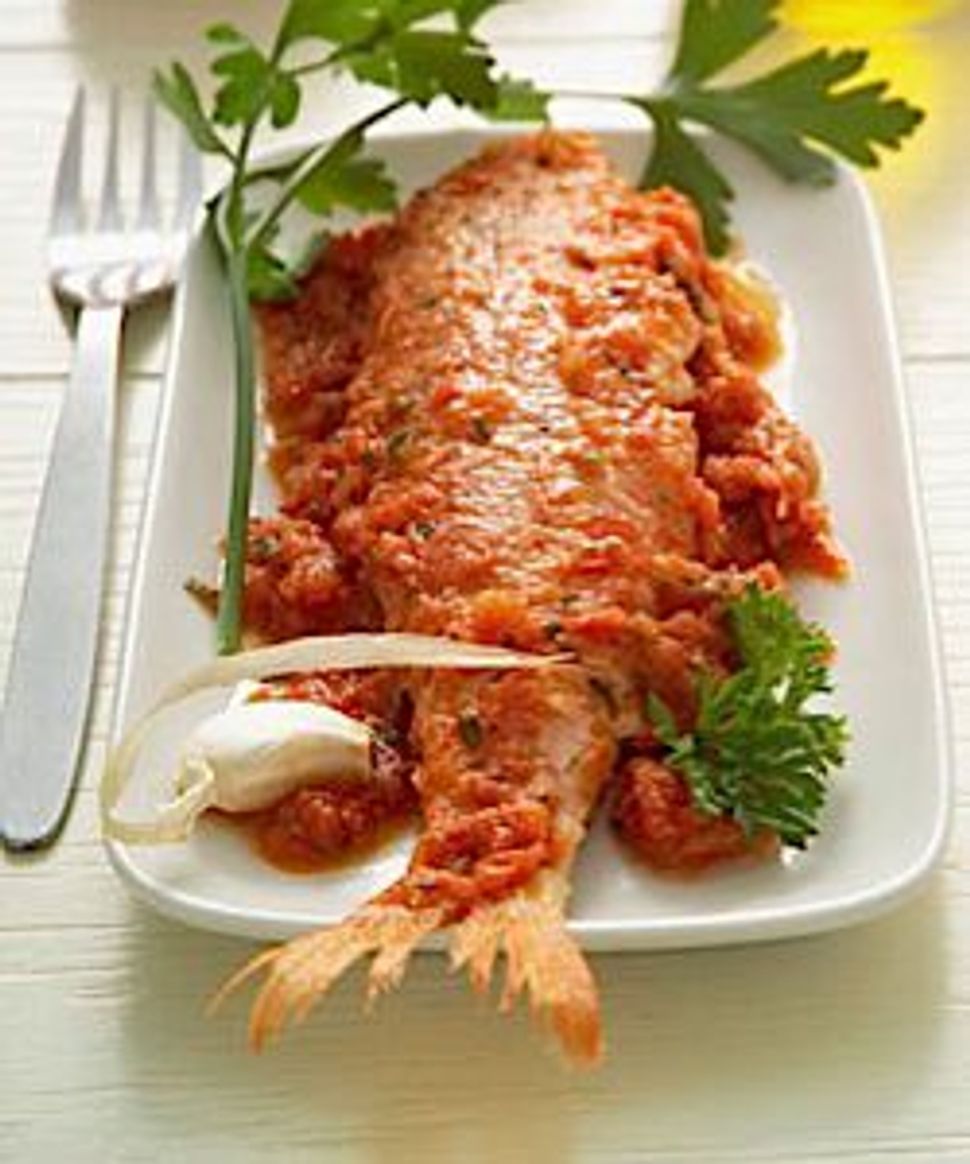 Image by Dinner in Venice

My most lingering impression of New York City, after the excitement of my arrival (in 2003) had worn off, was that all the buzz and the people were there only to hide a deep and persistent potential for loneliness.

This feeling of being alone in a crowd reached its peak on Shabbat when, ironically, I was almost always invited out. But meeting so many people at the same time just seemed to make it more difficult to focus and build real friendships.

A few weeks after my move, I was fortunate enough to meet Lea and Gastone at a lecture. They were an older couple from Livorno, Italy, a large port city on the west coast of Tuscany, who had come to New York in the 1970’s when Gastone was hired to work as a foreign correspondent for Italian television. Lea’s soft Tuscan accent and her husband’s Old World elegance immediately put me at ease, and I was happy to let them “adopt me” for the occasional meal.

While the general feeling of eating in their apartment was of a home away from home, the food always struck me as exotic. In the context of Jewish Italian food, Livornese cuisine is an exception, just like the city that produced it.

At the end of the 16th century the Grand Duke of Tuscany granted citizenship to a group of conversos of Spanish and Portuguese origins, allowing them to practice Judaism and live in Livorno without confining them to a ghetto.

While the rest of the Italian Jewish communities were shaped, one by one, by the experience of the ghetto (starting with the first in Venice in 1516), Livorno’s special character, and its pride, came from the experience of coexistence. Jews, Christians and Muslims lived side by side. The city’s unique character also came from its duty-free port with an open-door policy, which allowed its international population of merchants to prosper.

The Jews of Livorno built commercial and family ties with other communities where conversos had taken refuge after the expulsion, like Venice, Amsterdam, London and Bordeaux. They established business outposts in Greece and Turkey, North Africa, and the New World. Everything circulated through this network: people, goods, culture, music, languages — and of course, ingredients and recipes.

Other key examples of Jewish Livornese cuisine, such as cuscussu (couscous served with local vegetables and meatballs, or fish) and hamin (a slow-cooked stew with cannellini beans, swiss chards, beef and meatballs) carry the intense fragrance and warmth of North-African kitchens, lightened by the plentiful use of local spring vegetables, in an interesting Tunisian/Tuscan fusion.

The Jews of Livorno borrowed customs from the Portuguese in their baking, making simple desserts like scodelline, Passover-friendly egg and almond puddings, and complex sweets like the Monte Sinai, a macaroon-like almond cake covered with egg threads fried in syrup.

Because of their commercial and personal ties to Amsterdam, Bayonne and even Curacao, the Jews of Livorno also experimented with chocolate in desserts like the Torta Benvenisti, a chocolate almond cake with a moist, pudding-like center, similar in texture to today’s warm chocolate soufflés.

My dinners with Lea and Gastone felt at the same time familiar and foreign, and each dish became the excuse for learning more, not only about Livorno, the “city without a ghetto” — which I came to see as a counterpoint to my Venice, which was home to the first Jewish ghetto — but about politics, currents events, and much more. In their 80’s, my friends, who had survived fascism in Italy and lived and worked in France and Morocco before coming to the US, still believed in trying to change the world with their intellectual honesty.

At times I have wondered if this exposure through food to one of the great melting pots in Jewish history, Livorno, might have helped me find my place in the diversity of New York City. I will never know for sure, but just in case I have incorporated Tuscan Hamin into my Shabbat repertoire. After Gastone’s sad loss and Lea’s returning to Tuscany to live with her children, it’s my most cherished memory of my Livornese welcome to Manhattan.

Chef’s Notes: Red mullet is a very inexpensive type of fish that lives around the rocks in Italy. The best-tasting are the smaller ones. If you cannot find it, try using red snapper.

While red wine and fish is an unusual combination, it is typical of Livorno and delicious in this recipe.

From Dinner in Venice

4 whole, small red mullets, gutted and scaled, or 2 pounds fillets (you can also use other types of firm white fish, such as orange roughy or red snapper)
1 whole clove of garlic, squashed
1/2 cup of dry red wine (optional)
3 or 4 ripe medium tomatoes, or a can of peeled tomato (about 1 pound), chopped or broken with your hands
2 tablespoons freshly minced parsley
salt and pepper to taste
4 tablespoons (or more, to taste) extra virgin olive oil
chili pepper flakes to taste (optional)

1) Heat the olive oil in a large skillet, add the clove of garlic and cook for a couple of minutes on medium heat, without letting it brown.

3) Add the whole fish, or the fish fillets, salt and pepper. Cook for 2-6 minutes on each side (depending on whether you are using fillets or whole fish), or until fully cooked and until the sauce has thickened.

4) Remove from the heat and garnish with parsley and a drizzle of fresh olive oil. Serve with slices of crunchy artisanal bread.