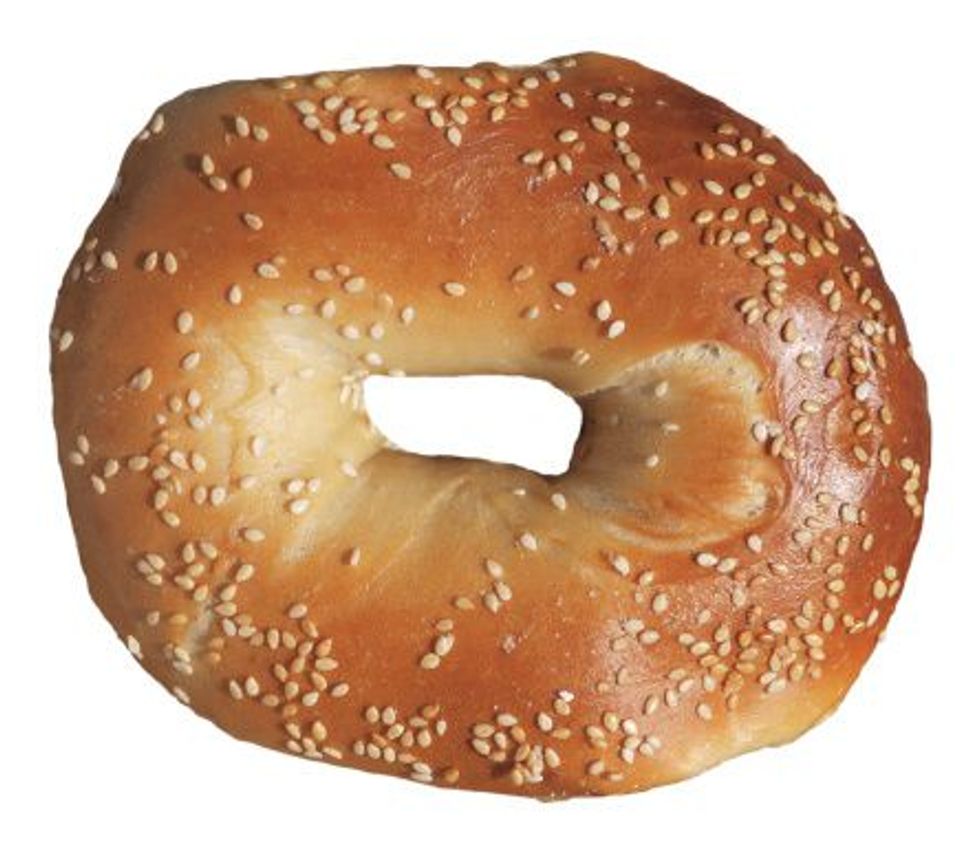 When the Forward reported in January that H&H Bagels was evicted from its iconic West 46th Street bakery — a move that followed the closing of its Upper West Side storefront — it looked like curtains for the beloved purveyor of doughy discs. New York bagel lovers mourned the closing like it was the death of their favorite uncle.

But late last week, it looked like second coming of H&H was imminent. A routine listing of new commercial leases in real-estate mag The Real Deal included 1,800 square feet at 125 Fulton Street, leased to one H&H Bagels. And Grub Street reported that new tenants filed with the New York City Department of Buildings to convert the existing retail space into a “new bagel store.”

But this morning, the Wall Street Journal tells us that while the new space will be called H&H Bagels — it won’t be the same bagel company that New Yorkers mourned earlier this year.

The new spot (which will become part of a chain) will be owned by Randy Narod, owner of the Long Island Bagel Café chain. But, former H&H owner Helmer Toro says Narod doesn’t have rights to use the H&H name, saying that the two had been in talks about a partnership, but nothing had been finalized. Narod, spat back in the New York Times saying that he purchased the trademark — and more importantly, the secret recipe — from Toro and hired him as a consultant, leading to a big doughy mess.

No matter who the owner is, if H&H is revived, the bagel makers will face some tough new competition. Brooklyn’s nouveau deli Mile End will begin baking its own bagels come fall, Grub Street reported. Unlike H&H’s New York-style bagels, Mile End’s Noah Bernamoff will replicate the Montreal bagels of his (and my) youth — smaller, chewier, more flavorful. “Our goal is to make what I call an old-fashioned bagel. We want to take bagels back a notch, the same way we did with deli,” he told Grub Street.

One bagel connoisseur who won’t be lining up for them: Author and former New York Times food critic Mimi Sheraton, who’s made her distaste for Montreal bagels clear: “Montreal bagels are atrocious,” Sheraton told the Forward by e-mail. “I have tasted samples from the famed St. Viateur and Fairmount… No salt, but sugar — yuck. The rings are much too thin, and so encrusted with seeds of various sorts it’s like eating broken glass.”

So where can New Yorkers find decent bagels these days, asked the Forward? Across the pond, Sheraton said. “About seven years ago I had some good bagels in London, on Brick Lane.” Sheraton was referring to London institution Brick Lane Beigel Bake, which Time Out hails as “brilliant.” Maybe NYC vs. London is the next frontier in the bagel battles.