Taking Hummus South of the Border 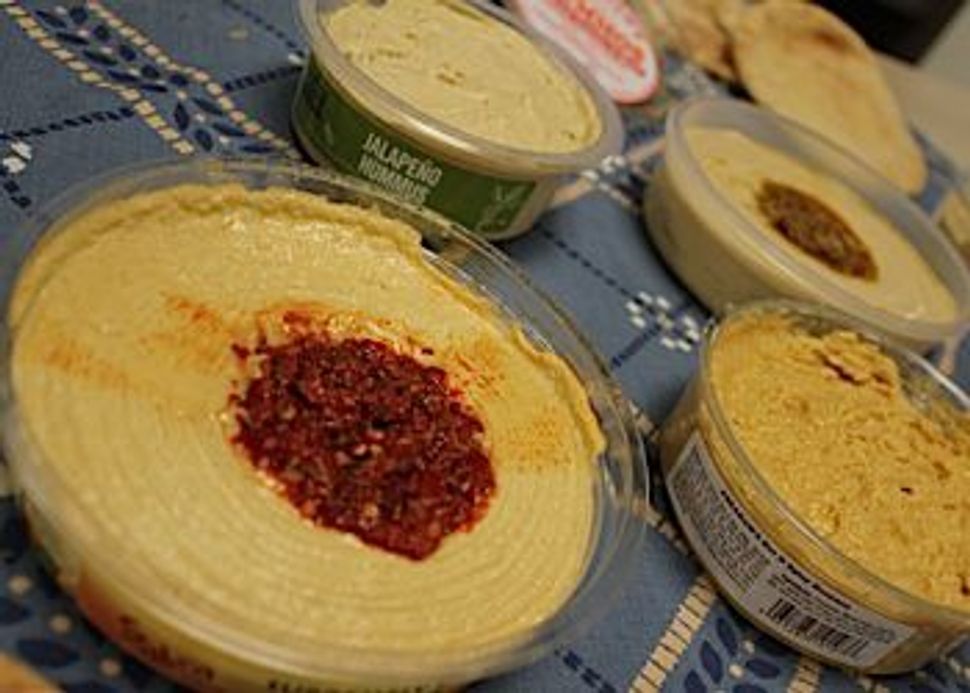 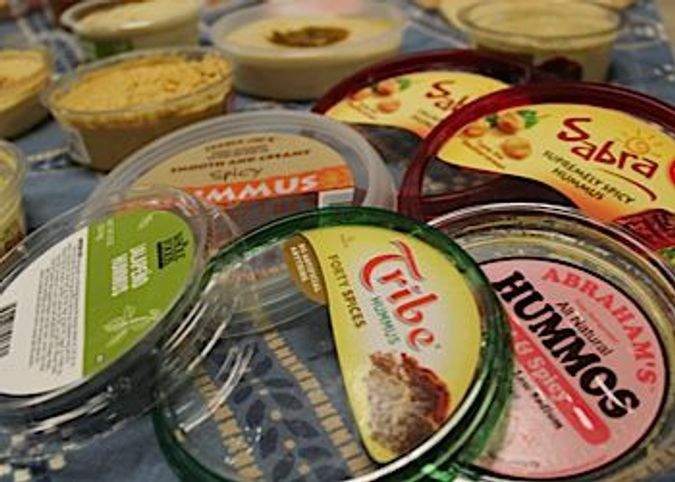 All this week on the Jew and the Carrot, we’ll be taking a close look at the world of hummus. Check out our first post here.

After tasting six classic hummuses, we turned our sights to its next of kin: spicy hummus. Home cooks have been spicing their hummus for generations — adding a little bit of paprika here, or a dash of cumin there, to add a nice kick to their meal or snack.

Hummus companies have taken the work out of spicy hummus and started blending in a variety of spices into their classic recipes. We tasted six different varieties of packaged spicy hummus, to find the best option on the shelf. During our tastings, we tried a few varieties of Jalapeno flavored (which we were surprised to find is a commonly sold hummus), some that were merely labeled “spicy,” and one that tempted us with “40 spices.”

What did we discover? Each spicy hummus somehow tasted different than the last. Even more surprising was how many of them didn’t taste spicy at all. 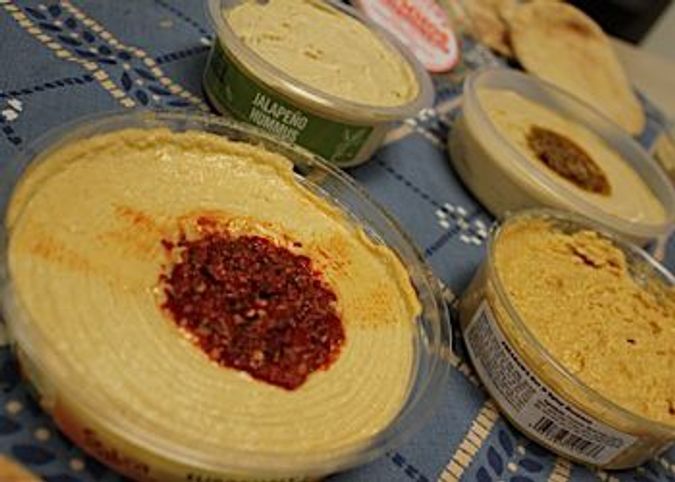 Another pattern we spotted during this taste test was the tendency for “spicy” to really mean “tastes like curry.” Most of these hummuses tasted like something that would be found chilling next to a mango lassi and plate of aloo gobi. Not really baba ghanoush friendly, if you know what we mean.

There were two that stood out— with nuanced tangy spices that sat deliciously alongside the rich tahini flavor, melting on our tongues in a delicious symphony. Yet, our final verdict remains: maybe you’re better off spicing hummus on your own.

(To learn more about our scoring, read this.)

Described as hot, spicy, hummus-y, and good, by our testers — this hummus is worth trying. The nuanced spicy flavor sits perfectly alongside the rich and sweet tahini — making this hummus an easy first choice

This hummus was an intriguing combination of rich Indian spices and garlicky goodness. One taster likened it to the hummus from his favorite New York hummus shop, quipping that it tasted like a “poor man’s Hummus Place” (for our review on New York City hummuses, including Hummus Place, check back tomorrow). Beware though: this has a heavy cilantro undertone, so if your tongue finds that Chinese parsley overwhelming, you should stay away. Overall though, very well-liked.

If you asked our Israeli tester, he would say that jalapeno doesn’t belong in hummus. Ever. The rest of us sort of agree. Similar to the other Jalapeno flavor that we tried (listed below), this hummus has a soft lemony taste. The spiciness remains completely dormant until the after taste, and then, boy does it sit in your mouth for a while.

“Tastes unexpectedly Indian….Not sure what I would do with this if it was in my fridge,” pondered one taster. Another agreed that, while it was “nice as a novelty,” it was “a little odd.” In classic Abraham’s fashion, this hummus is rough and chunky, with fresh-tasting spices blended into each bite. Unfortunately, those spices are a little confusing, and taste more like those that belong in a curry sauce than a hummus dip.

5th Place: Whole Foods Jalapeno Hummus Score: 1.9 This hummus was more lemony than it was spicy, and, for that reason, didn’t bode particularly well with anyone. Though it had that good creamy Whole Foods texture, the taste left a lot to be desired. “Good texture,” commended one tester, “but not spicy. At all.”

As we tasted this hummus, we wondered which 40 spices could possibly have been blended in to this hummus, considering it didn’t really taste like much. Slightly sour, with a confusing Indian tang, this hummus may not even deserve to be called hummus.

Taking Hummus South of the Border