Searching for a Perfect Bagel Across the Pond 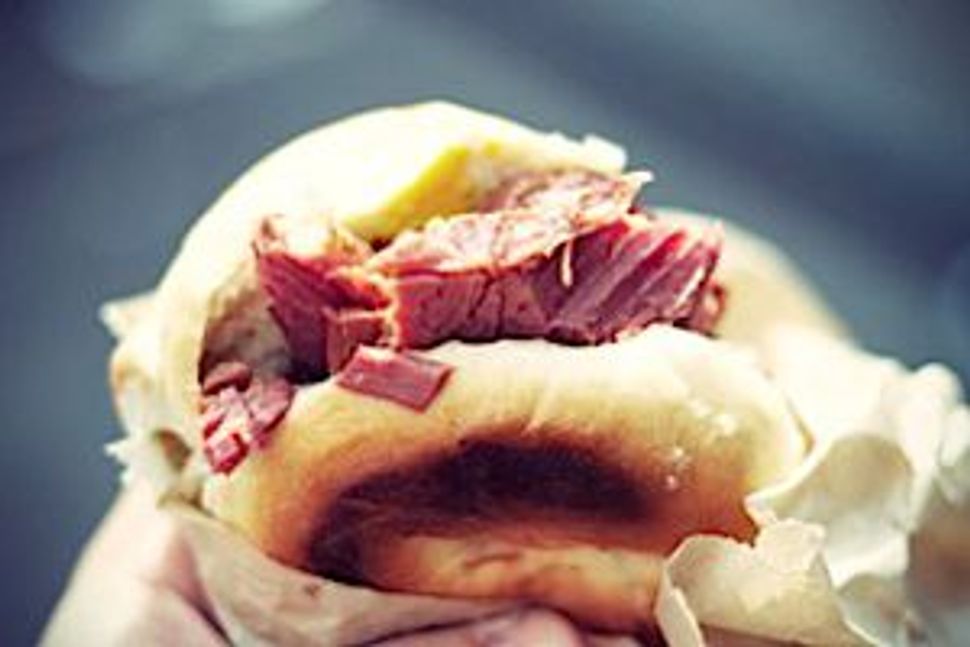 My last day in London, after a gloriously fattening week of Eccles cakes and Bakewell tarts, was a Sunday. Because it was a Sunday, I naturally required a bagel, per tradition.

Having left for my summer European excursion as an Upper West Sider, I’ll admit that my initial reaction to nearly all of the bagels I came across on my trip was that of interest but with a slightly raised nose. In Berlin and Amsterdam the bagels were dense bread rolls in the shape of a bagel — good but not what I crave on a Sunday morning with shmear. Perhaps I should have spent my energy and time seeking out the best bretzeln and pannekoeken. But, as I traveled westward, towards London, my bagel pursuits paid off.

A quick Google search for “best bagel in London” yielded one place: Beigel Bake, on the bustling restaurant-lined street of Brick Lane, in the once predominately Jewish area of East End. Family owned since 1977, open 24 hours a day, super cheap… bingo! Though I didn’t really have time to make it there and back in time for my flight, I risked it because bad things happen when I don’t have bagels on Sundays. And when I had to slow my sprint down Brick Lane to a crawl due to the massive crowds browsing the food stalls on the street, I nearly gave up.

In that moment, a passerby described a certain bagel as “the best thing he’d ever eaten.” I had no choice but to power on.

When finally I arrived at the Beigel Bake (the Polish word is pronounced bagel), the line out the door, which apparently exists at all hours of the day, often bringing together the late night clubbing crowd, should have made me turn immediately away so that I could make my flight but it only made me more determined.

Just shy of four pounds (or about $5.80), a medium fast moving line through an industrial-type ambiance reminiscent of H & H (R.I.P.), and quick service got me their version of a British specialty: hot salted beef, or corned beef as it’s called Stateside, piled perfectly with a thin layer of yellow English mustard on a warm, sweet, doughy, chewy plain bagel. It was shockingly good and terrifying in the way that my love for even the best New York bagels is now just slightly tainted.

The “secret” to their bagels, according to one member of the Cohen family, who opened the Beigel Bake after another family member learned to make bagels in Eastern Europe, is that their bagels are boiled before baking. While this method might seem like a no-brainer for a bagel aficionado, it’s not something you typically find in England, where a bagel on every street corner is far from the norm.

One month later, that bagel continues to keep me up at night. The way my teeth sunk perfectly, without a fight, into the bagel and the beef. The juicy tenderness of that beef. Each bite a balance of salty, sweet, and mustardy acidic that I didn’t even know could exist. Oh bagel glory, I never wanted it to end.

I washed it down with a flakey Eccles cake and a respectable lox and cream cheese bagel, and then brushed the crumbs off of my face as I braced myself for the dirty looks I’d receive for being last on the plane. Having felt like I’d just ran a marathon, I slipped into a dreamy food coma, and carried on with my trip.

Searching for a Perfect Bagel Across the Pond