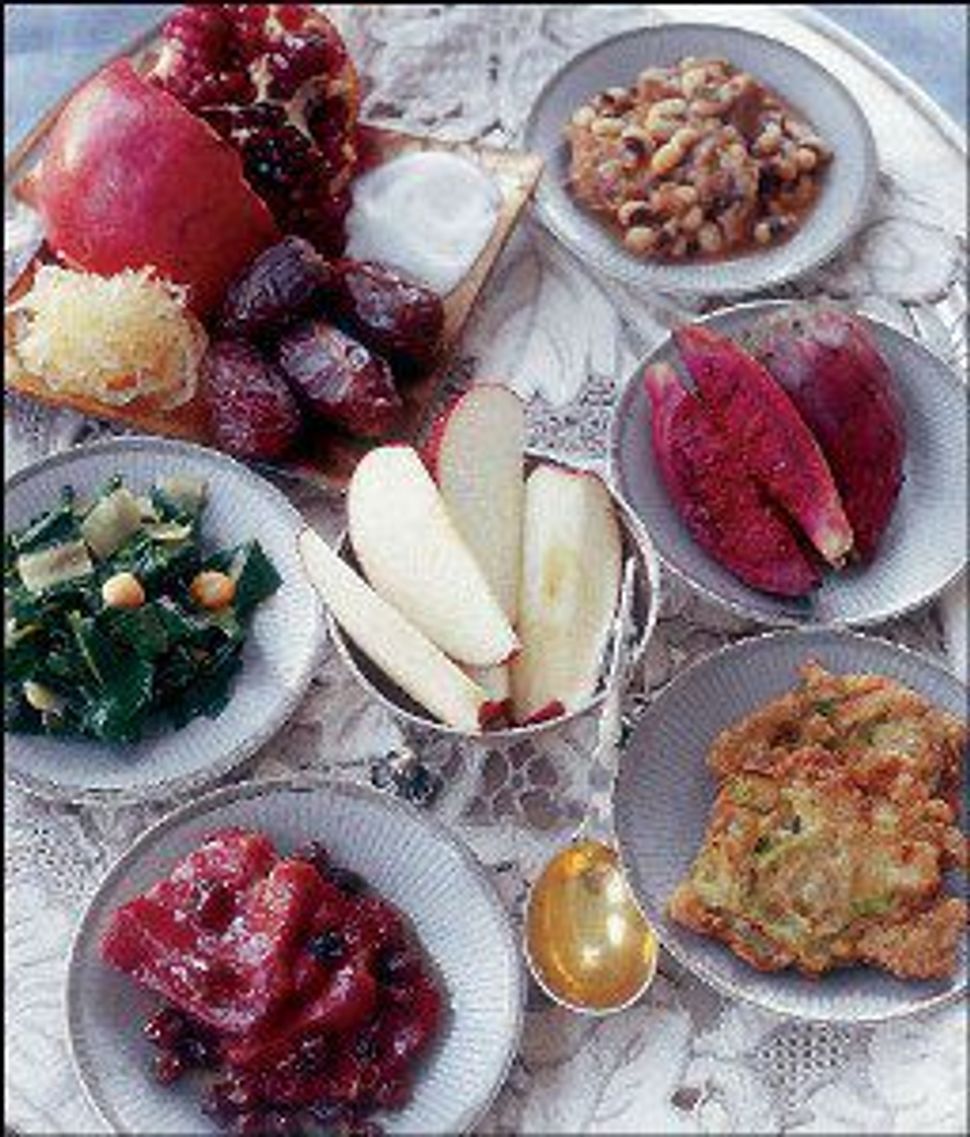 The power of food never ceases to amaze me. It has the power to not only provide nourishment for our bodies, but it can build bridges in the most seemingly unusual and unexpected ways.

This Rosh Hashanah marks my second as a Jewish woman. I converted in August 2011, though I’d considered myself Jewish for some time before I made it official in the mikvah. Despite my convictions to adherence to Jewish practice, I worried that I’d lose important parts of my black American identity. Like many, I converted under Ashkenazi auspices and as much as I enjoy my partner’s bubbie’s matzah ball soup, I longed for the comfort foods and traditions of my family.

Merging the southern family traditions passed down to me from my mother, who learned them from her mother, with my new Jewish traditions is an important part of how I identify as a Jew. During Rosh Hashanah 2011, I discovered a welcome tradition buried within the Sephardic traditions black-eyed peas and greens.

Growing up, it was our family tradition to eat black-eyed peas and collard greens for the New Year. Early on January 1st, the savory sour smell of the greens cooking in a broth of vinegar and hamhocks lured me out of sleep. In a separate pot, black eyed peas slowly cooked with bay leaves and more ham. My mouth watered knowing that by dinner time a slice of thick corn bread would grace my plate to help sop up the rich juices from the greens and beans. Eating black eyed peas and greens on January 1st insured a prosperous New Year. The black-eyed peas, my mother told me, would bring luck, the greens would bring money and the corn bread brought gold. The tradition of eating these foods on the New Year is familiar to many black Americans and southerners alike with the peas symbolizing everything from luck to health and the greens always symbolizing the color of American currency.

It came as a shock to find this same tradition in the Talmud and continued today in the Sephardic tradition. It was Poopa Dweck’s Syrian Jewish cookbook and blog Aromas of Aleppo that uncovered this culinary tradition that I keep on Rosh Hashanah. According to Dweck’s website, the Jews of Syria traditionally bring in Rosh Hashanah in the same way my family does, with black-eyed peas and Swiss chard replacing the collard greens I’m more familiar with. According to her website “the Hebrew word for these beans is rubiah, which is similar to the word for “to increase”—rab. The black-­eyed peas, therefore, symbolize increasing one’s merits. And the Arabic word silleq, or chard, is similar to the Hebrew word salek, which means “to remove” or “throw out.” Aleppian Jews eat Swiss chard in the hope that G-d will remove the community’s enemies from its midst.

Below is my mother’s recipe for Black-eyed Peas with turkey replacing the ham.

Rinse the black eyed peas and put into a large stock pot with just enough water to cover the peas. Soak overnight.

Drain the peas in a colander and set aside.

Warm 1-2 Tablespoons of olive oil to the bottom of the stock pot and sauté onions over medium heat until they’re translucent.

Add minced garlic and celery to the onions and sauté for another five minutes until the celery softens, careful not to burn the garlic. Add 2 tablespoon cumin and 1 tablespoon coriander to the onion mixture until fragrant. Add more olive oil 1 teaspoon at a time if the vegetables or spices stick to the pan.

Add the soaked and rinsed beans and coat with oil mixture.

Lower heat to medium low and simmer until the beans are tender.

Season with salt and pepper to taste

Serve as a side with other traditional Syrian Rosh Hashanah Dishes from Poopa’s website or the way my family did-with a nice slice of sweet corn bread and greens.

Erika Davis is the Chief of Staff at Hazon. She also works as a freelance writer for The Sisterhood, Jewcy, Kveller and others while maintaining her personal blog Black, Gay and Jewish. Erika likes Syrian Jewish cooking and is convinced she makes the best hummus in Brooklyn. She is a volunteer with Jewish Multi-Racial Network, Be’chol Lashon and Jews for Racial and Economic Justice.