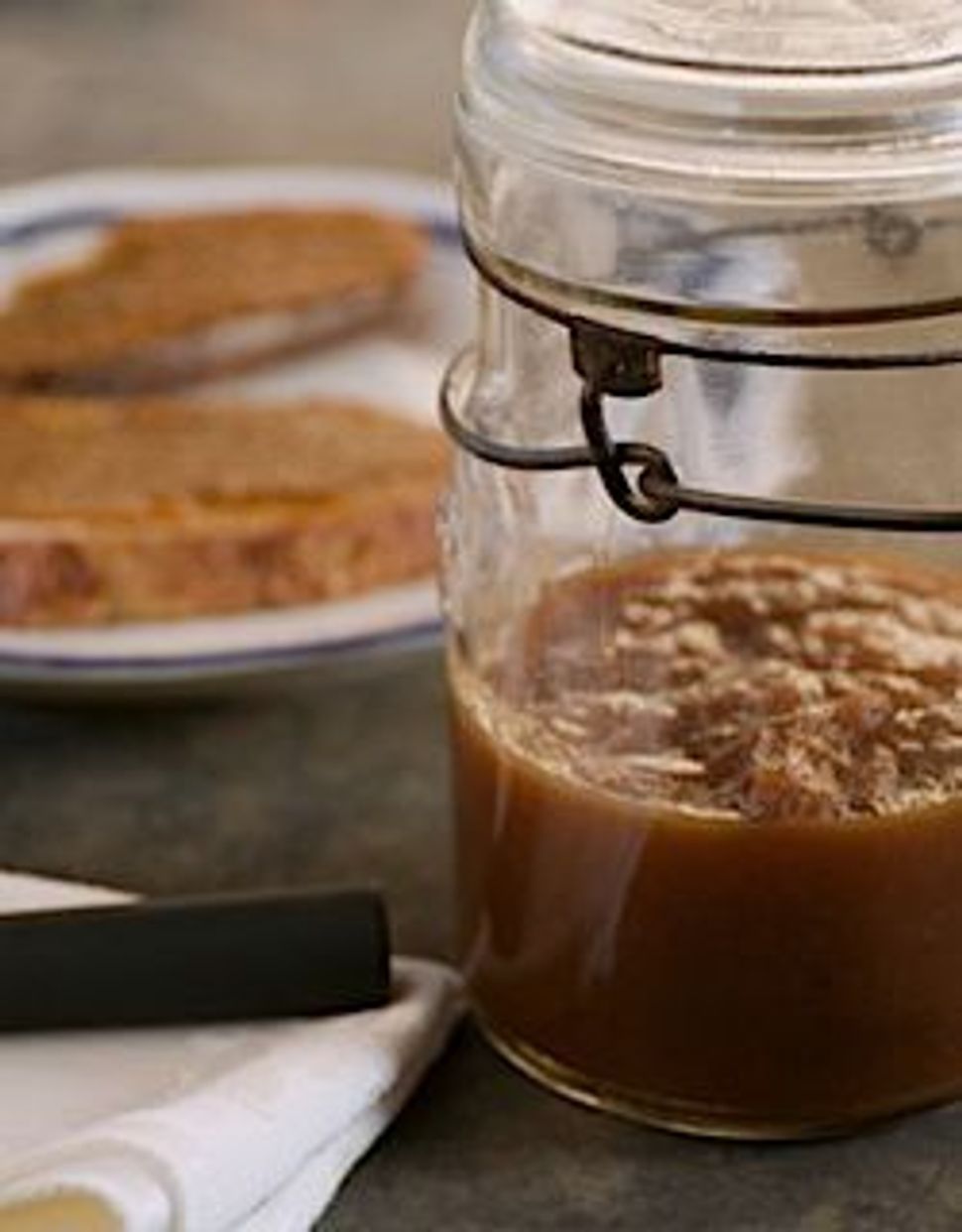 Over the last year my boyfriend Uriel and I — like so many other members of our generation — have become avid canners. Our experiments with blueberries, peaches, and rhubarb have resulted in stacks of colorful Ball jars lining our countertops.

As the waning summer limits the availability of berries and empty counter space becomes a valuable commodity, it’s hard to justify making more jam. The jams will stay unspoiled for a year and there’s a limit to how much we can eat. But I’m not quite ready to put my canning tools away.

On a recent drive from Pittsburgh to Washington DC, I convinced Uriel that we should pick apples along the way and make apple butter for our mothers for Rosh Hashanah. It was, I insisted, a win-win. We wouldn’t miss out on fall canning; and it would be a heartfelt New Year’s present. At the orchard we filled a bushel sized basket for only $7! It seemed like a great price for a bushel, but we were unaware that there were over 100 medium-sized apples in our basket.

When we got home, we broke out the cookbooks. To my dismay, our cursory recipe review revealed that we would have to peel the apples, a tedious and time consuming task that I desperately hoped we could avoid.

I immediately got to work peeling apples. About 15 apples in, we had a basic idea for how to make apple butter, but none of the recipes we found excited us. We wanted to bottle the essence of Rosh Hashanah, and all of the recipes lacked honey. So we improvised, figuring that after a season of practice, we were no longer canning newbies.

We were rewarded for taking a risk. Our customized recipe, which has less cinnamon and cloves than most and substitutes honey for the majority of the sugar, turned out superbly. After the apples stewed overnight, I awoke in an autumn-scented apartment. The apple butter served as the perfect end to our first year as canners and sweet way to bring in the New Year.

1) Put all of the ingredients in a slow cooker on high for 1 hour.*

2) Reduce slow cooker to low and let it cook overnight (or 7-9 more hours).

4) Pour apple butter mixture into sterilized jars and screw on the lids.

5) To seal the jars, place them in boiling water for 15 minutes. Remove the jars and let them sit on the counter overnight.