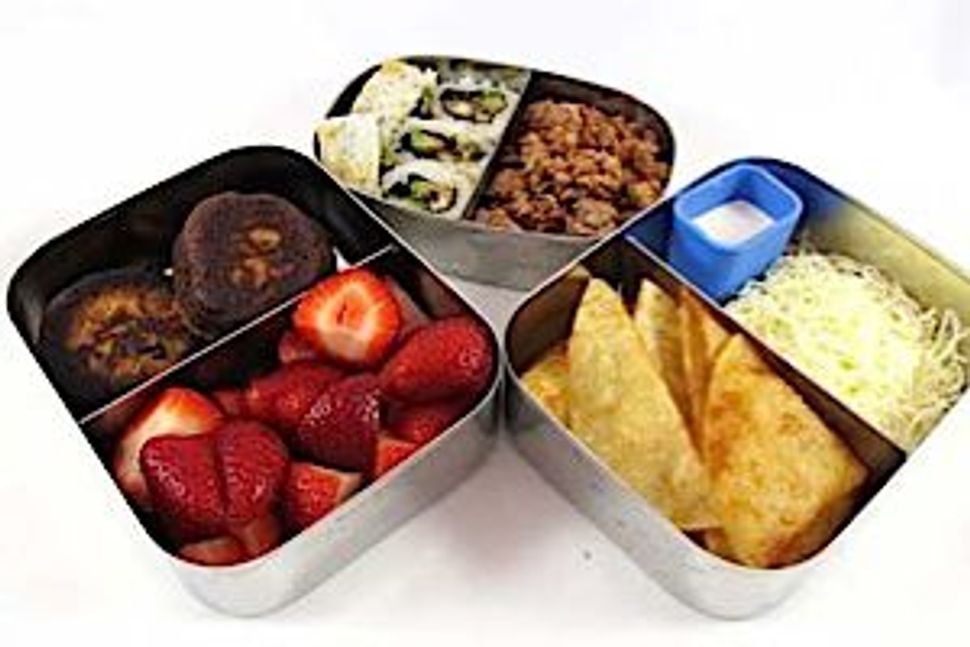 Image by Courtesy of J.M. Hirsch

As food editor for the Associated Press, it’s no surprise that J.M. Hirsch spends his days writing about food. But he’s become known on the Internet for an interesting twist on his day job: lunch blogger. Hirsch began his popular “Lunch Box Blues” website about the seemingly straightforward task that parents know is anything but simple: packing his eight-year-old son Parker’s lunch every day. On the blog, he chronicles everything — from the vegetable victories to the lonesome leftovers —five days a week. The Jew and the Carrot spoke with Hirsch by phone about all things lunch: prepping, packing, and the perils of PB&J.

What inspired you to start a blog?

I wish that the blog was my brilliant idea, but it wasn’t. I was having lunch with someone one day, and we were comparing notes about our kids’ lunches, and she looked at me, and she said “You have got to start a blog about your son’s lunch.” And I said, “You’re crazy. Nobody cares that much about my son’s lunch.” So I ignored her, and a couple months later…I said “fine. I’ll do it, but I’m not gonna like it.” So I got a template for a blog, the most minimalist template I could find online, and I said “All I’m gonna do is take a picture of his lunch every day and write a description of what he’s eating.”

But the blog got popular pretty fast.

At first, I’ll be honest, I was truly befuddled, because it is exactly as I say it: a picture and a description of my son’s lunch every day. Then I started getting comments and emails from readers and it started to click. I really underestimated how overwhelmed parents feel about the daily ordeal of packing lunch. Having to do it every day, having to come up with something new, something fresh, something the kids will actually eat — parents really responded to this source of ideas. None of them are complicated, none of them are challenging or involved, but at the end of the day, it’s still my kid’s lunch.

How do you find time to not only make an interesting lunch, but also photograph it and blog about it?

I’ll be honest: I don’t spend more than five to ten minutes packing his lunch every day. Our routine is that he wakes me up, every day — I haven’t needed an alarm clock in eight years — we go downstairs, and while he’s eating breakfast, I’m drinking my coffee and packing his lunch. Once I have the lunch assembled, I will take it into the dining room where I have a light box set up, grab the camera, snap a couple shots, then put the lunch in the lunch box and send him on his way.

Later in the day, I will take a break for 15 or 20 minutes and edit the photo and write up something quickly to put on the blog for the day. If you count the making of the lunch, which I’d have to do anyway, we’re talking about half an hour per day. 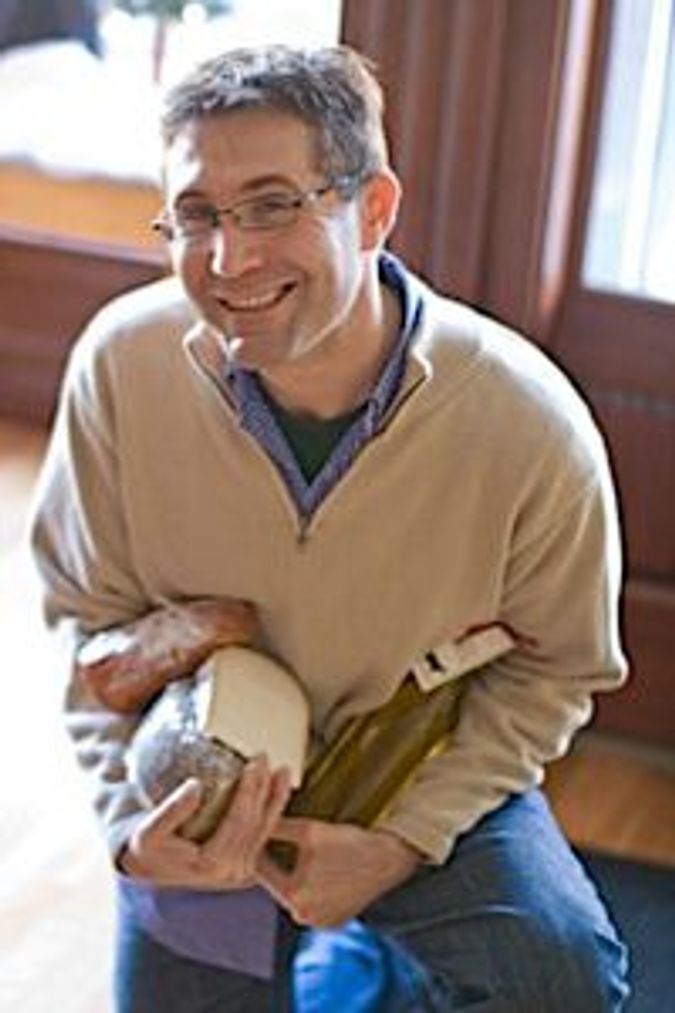 Image by Courtesy of J.M. Hirsch

Do you have a specific section of your shopping list for lunch foods?

For the most part, I never shop for his lunches, because I’m just not that organized. I just buy the sorts of foods we like — a lot of chicken, a lot of veggies, a lot of fruit, some grains — and then each day figure out what I’m going to do that evening based on what I have. The next morning I look at what I have for leftovers and try to cobble something together from that. I refuse to believe that anyone’s willing to follow a recipe for lunch, so I always make judicious use of leftovers.

I will make sure I buy some deli meats, because those are convenient, and make sure we always have peanut butter and cream cheese — he’d probably mutiny if we didn’t have cream cheese.

Parker seems to be a pretty adventurous eater for a an eight-year-old.

He doesn’t have much choice, given what I do, and I would not be particularly tolerant of a child who insisted on having pasta with butter and chicken nuggets. To me, it’s very important that children experience the world through food and embrace different things. They don’t have to like them, they just have to try them, and that’s the approach we take. That said, he’s still a picky eight-year-old who’s not all that fond of vegetables — we tried doing a “veggie boot camp” this summer. But if we don’t expose kids to flavor, we’re doing them a disservice, and we’re making our own meals less interesting too.

Any general tips for parents who want to get more variety and healthy food into their kids lunches?

Start with what they like. Parker likes meat — he would eat meat every meal, every day, forever. So when I’m introducing a different flavor, I’ll start with meat, and I’ll add whatever it is I want to do to that. If a kid likes grilled cheese, make a grilled cheese with something new in it — maybe some fig jam, or seasonings, or vegetables, depending on what your kid might like.

You’ve also got to pick your battles. I’ve always said to leave your “green bean battles” for dinner. If you pack a school lunch with foods your kids aren’t going to like, you’re dooming yourself to failure, because you’re not there to enforce — or to entice, perhaps I should say.

How about getting kids to help out with their lunches?

Involving your kid isn’t always fun and easy, but what about raising children is always fun and easy? I do make an effort to involve him, especially if I’m not sure how he’s going to receive something. For our “veggie boot camp,” I brought him to the grocery store and he helped me pick out some stuff.

I’ve also tried to listen to him — I don’t always believe him, but I listen to him. I got him green bell peppers the other day, and he ate them…not excitedly, but he ate them. Then the other night I grilled some green bell peppers and again, not excited about it. So when tells me he prefers them raw, I’ll give them to him raw — though why, I can’t imagine, since I think they taste much better cooked. Kids are humans, and humans have preferences.

Any tips for parents who want to start packing their kids’ lunches for the first time?

You do need to make a plan at first in order to succeed, and involve the kids in that plan. That’s when you sit down and talk about the foods they enjoy, foods that they would like to bring, and find common ground. Find out what types of sandwiches the kid prefers. Come up with a list of five things they would like and you are comfortable with packing, that will work within your budget and your schedule to pack, then you rotate through and adjust as you go. It’s a learning curve for everybody, because kids may say “I thought I liked peanut butter and jelly, but now it’s all mushy!” The key to this transition is planning and involving the kids.