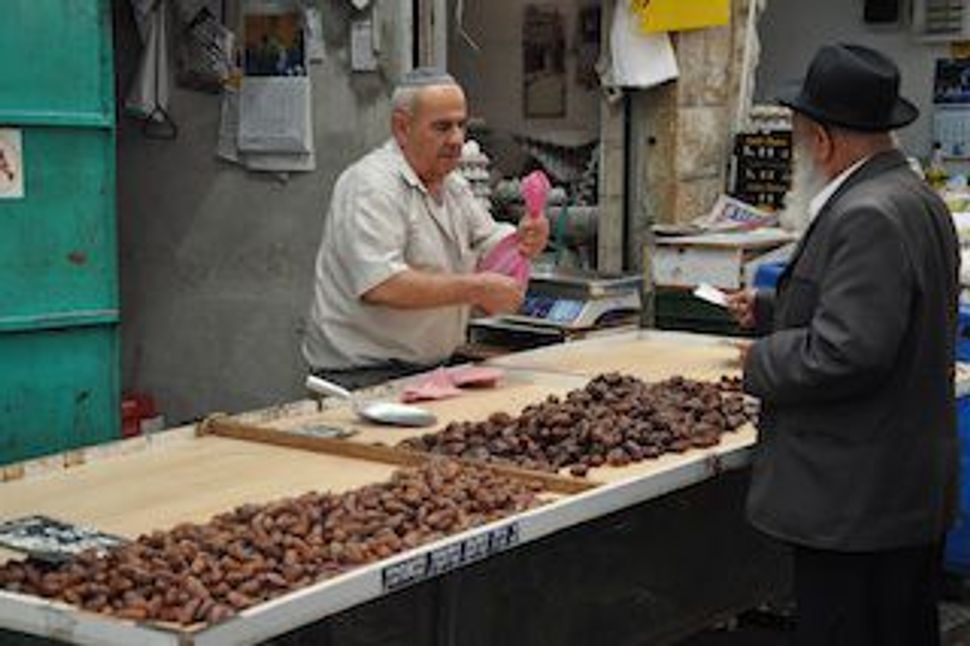 For the most part, Jews celebrate good things with lots of food. Holidays like Rosh Hashanah and Passover bring to mind full bellies and bubbie’s matzo ball soup, perhaps even more than the feelings of repentance and liberation they are supposed to invoke. On the other hand, to commemorate sad events, we fast. The temple was destroyed on Tisha B’Av, and an assassination marked the end of Jewish autonomy in Jerusalem (Tzom Gedaliah) and on these days, we refrain from eating to better concentrate on the solemnness of the day.

But Yom Kippur, the holiest of the Jewish holidays, breaks the mold: On Yom Kippur we’re supposed to not eat and be happy about it. The haftarah traditionally read on Yom Kippur makes this explicitly clear. Referring to the ancient Jews wearing sackcloth and ashes, the prophet Isaiah says in the name of God, “Do you call that a fast?” I imagine the end of the sentence must have gone “I’ll show YOU a fast!” as white linen-clad Isaiah dances an over-the-top dance to demonstrate his glee in front of a roomful of Jews in sackcloth and misery.

Thus, the point of Yom Kippur is not fasting. Refraining from eating and drinking is but one of a number of prohibitions, including not wearing leather or taking a shower. Of course, we seem to have less of a problem wearing Converse to shul than we do not eating for a day. On this holiest of days, we are supposed to be focusing on the fact that we are free from sin (to sound anything short of an evangelical) and that our fate has been sealed in the Book of Life, not on our empty stomachs. I have experienced this but twice in my life, on the two Yom Kippurim that I spent in Israel — where the whole country agrees change the clocks so that the fast will be over at 5:00 PM. But in Detroit, where I have spent every other Yom Kippur of my life, the Fast typically ends after 8:00 PM, a time when even kichel looks appetizing.

The Rabbis, knowing that they were probably going to face backlash even to this most important and holy of commandments, came up with a gratifying caveat to the laws of Yom Kippur. This is the lesser-known mitzvah of eating all day the day before Yom Kippur (9 Tishrei). The Rabbis say that eating on the day before Yom Kippur counts as if one fasted on both the 9 and 10 of Tishrei (the Hebrew dates of the holiday). One early 20th century Rabbi, known as the Chaffetz Chayyim, is said to have carried lollipops around with him all day to ensure that his mouth was never empty. The early rabbis plan is quite brilliant; how else do you break the news to an entire nation of food-lovers that they have to stop eating for a full day and be happy about it? You tell them to eat non-stop the day before!

Of course, the key to having a spiritually uplifting Yom Kippur is one where we are both physically and spiritually satisfied. Somewhere in between starving and gorging lies the key to a meaningful holiday. Eating normal-sized meals that are high in protein are a helpful trick. In addition, over-hydrating can be just as unhelpful as over-eating. Make sure to drink enough water, but don’t fill up too much. Eat slowly, and enjoy the final meal before 25-hours of serious spiritual investigation (or, you might call it, digestion?).

With this in mind, have an easy and meaningful fast, and a beautiful new year.

Liz Traison is a recent graduate of The University of Michigan where she received a BA in History and Judaic Studies. She also studied at Midreshet Lindenbaum and Hebrew University. She is thrilled to be the newest Program Fellow at Hazon and can’t wait for the Food Conference. She likes being outside, particularly on Skeleton Lake. And also being inside, particularly doing creative workshops in prison.