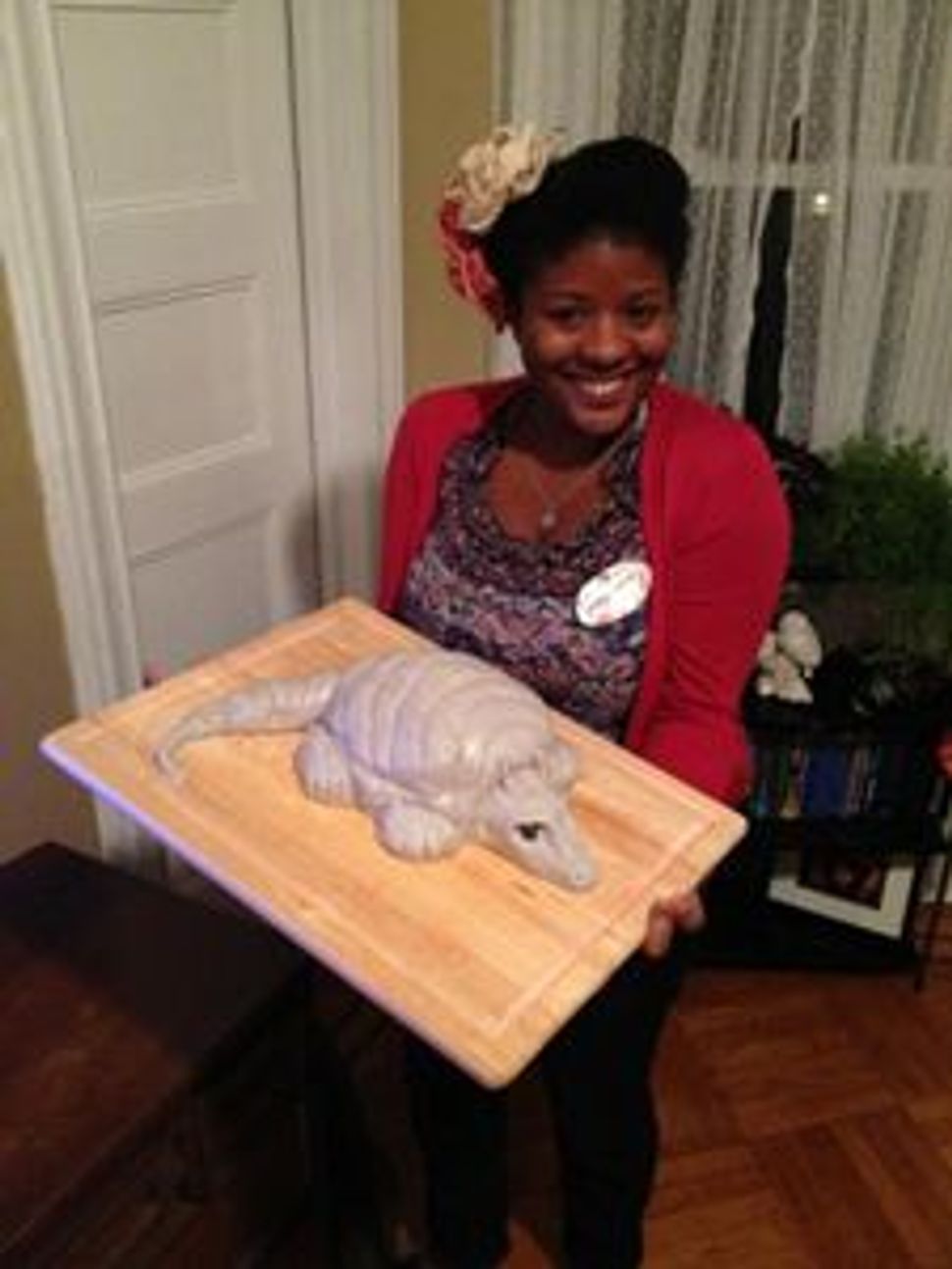 I recently found myself in one of my favorite places in NYC — The Union Square Farmer’s Market. As I wandered through the stalls, admiring the colorful varieties of cauliflower and broccoli I reflected on how much my shopping habits have changed. Sure, I occasionally shop at the Green Market at Grand Army Plaza in Brooklyn, but for the past year I’ve purchased most of my produce from the Caribbean market around the corner from my house in Bed-Stuy. Spending almost a year on unemployment and one measly month on SNAP has changed the way that I budget, and the way that I shop for food.

In July of 2011, I found myself in an interesting predicament — I was unexpectedly unemployed. As the thrill of spending work days on the beach turned into weeks and then months without so much as an interview, my meager savings disappeared and my debt mounted. I realized that I would have to get government assistance. I struggled with this realization and put it off until the very last moment, which I learned was a terrible idea because you don’t just get SNAP benefits just because you want them — you have to wait.

So I waited and as I waited I felt guilty — Was I taking benefits from people who really needed them, was I abusing the system? I felt smug: How does an educated professional end up on SNAP and unemployment? I felt embarrassed and ashamed; I couldn’t tell my friends, and what if I ran one at Whole Foods or Trader Joes and they saw me pay with food stamps? I could have called my parents who would have loaned me money, but at thirty-one years old your pride gets in the way. It was the same sort of pride I had to overcome when I walked into the Food Stamps/Unemployment office on Dekalb Ave in Brooklyn. As I waited in line in the slightly grimy, poorly air conditioned office I couldn’t escape the feeling that I didn’t belong there.

I had a part-time job as a cashier in a grocery store during high school and I remember the first time I took food stamps from a customer. I’d never seen food stamp before. I palmed the well-worn bill in my hands and asked the woman what currency it was. I remember the shame and embarrassment in her eyes when she explained that they were foods stamps. As I stumbled through the transaction with the help of my manager I thanked God for being black — the flush of my face wonderfully concealed. I couldn’t make eye-contact with her as I mumbled my thanks. When my New York Benefit Card came in the mail I was relieved. The card, I hoped, would avoid the sort of embarrassment I felt for “outing” this anonymous woman in line.

I felt strangely confident and normal scanning the aisles at Whole Foods with my SNAP card in my purse. I started to shop as I’d done before, dropping my normal fair into my cart: Ronny brook Farms Milk, Gorilla Coffee, local meat and seasonal organic fruits and vegetables. When I started to do the mental tally in my head I realized that what I wanted and what I needed were completely different. Did I really need organic vegetables or did I want them? Did I need locally sourced meat or did I want it? I abandoned my half-full cart and walked out of Whole Foods frustrated at the realization that the money I was allotted would barely get me through a week of shopping.

Back home in Bed-Stuy, I walked into my local produce market/grocery store that I’d walked past every day in the previous year. The fruits and vegetables weren’t local, they weren’t organic and I tried not to think about the fertilizers and pesticides used to help them grow as I began loading my basket with peppers, onions, tomatoes and berries. As I wandered the tight aisles, surrounded by people with thick accents from Jamaica, Trinidad, and Mexico I was astonished at how cheap everything was. I walked out of the store with two black plastic bags full of produce and tofu and spent just over $20. I wasn’t shopping organically, but I was supporting my local business, was I not?

About two weeks on SNAP, I got a letter informing me that I no longer qualified for the benefit. St turns out that I made too much money in unemployment— which was barely enough to cover my rent — to also qualify for SNAP. I got even more crafty with my shopping and I was able to stretch the allotted $140 for almost two months by taking meat out of my diet, using basic ingredients, eating smaller portions and saving left overs. Thankfully I found a part-time job that helped make ends meet and after almost seven months hired as Hazon’s Chief of Staff.

The lessons I learned while on SNAP and unemployment have helped me with the food choices I make today. Making thoughtful considerations about where my food comes from, how it nourishes my body and how it fits into my budget are choices that I make every time I go shopping. Shopping at my local produce stand may not be organic and it’s not always seasonal but it’s supporting a mom and pop in my neighborhood. Going on SNAP isn’t like taking the Food Stamp Challenge for the week; it doesn’t give you an idea of what it’s like for others, it’s a huge wakeup call that sends you free-falling into a little thing called reality. I’m grateful that I could lean on my friends and family for support; I was humbled and continue to be thankful.

Erika Davis is the Chief of Staff at Hazon. She also works as a freelance writer for The Sisterhood, Jewcy, Kveller and others while maintaining her personal blog Black, Gay and Jewish. Erika likes Syrian Jewish cooking and is convinced she makes the best hummus in Brooklyn. She is a Jewish Diversity Advocate and works closely with the Jewish Multiracial Network.