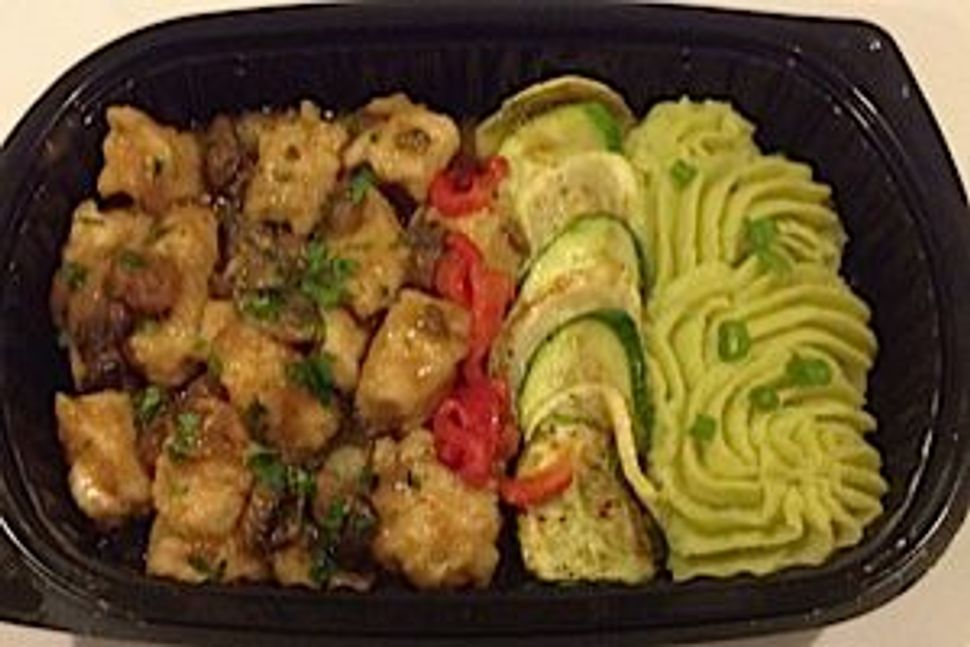 Image by Courtesy of Abigael's/Fairway

Dinnertime may get a lot easier for kosher customers at Manhattan’s Fairway stores.

The prepared meals — the kind you usually only find in specialty kosher markets and not in mainstream supermarkets — are available in the pre-packaged deli section of Fairway’s Upper West Side and Upper East Side locations.

A spokesperson for Fairway told us: “We reached out to Jeff Nathan of Abigael’s because we are big fans of his restaurant and asked him to make meals to go for our customers.”

The dishes — which include steak teriyaki, bbq short ribs, herb roasted salmon, Malaysian tilapia, Cajun tilapia, chicken rouladen and chicken piccata — are all prepared at Abigael’s and range from $8.99-$14.99 (a significant savings, considering most dishes at the restaurant are at least three times that price).

“The quality is the same as the food I’d cook in the restaurant, just instead of the dishes in, say a martini glass, I do it in a microwave container,” said Nathan, owner and chef at Abigael’s. “But it terms of taste and ingredients, it’s the same.”

Though Nathan has never sold pre-packaged meals to a supermarket before, his restaurant does prepare packaged meals for employees at Google, and to luxury suites at the new Barclays Center in Brooklyn.

“It offers a chance to sample Abigael’s food without going to the restaurant,” said Nathan.

And for Nathan, diversifying his business is not always just about the money. “Trust me, you don’t make money selling these dishes for $8.99 or $12.99. But today you can’t just expect tushies to come into the restaurant without marketing. It’s not a one-dimensional business,” he said.