Staying Healthy During a Hurricane 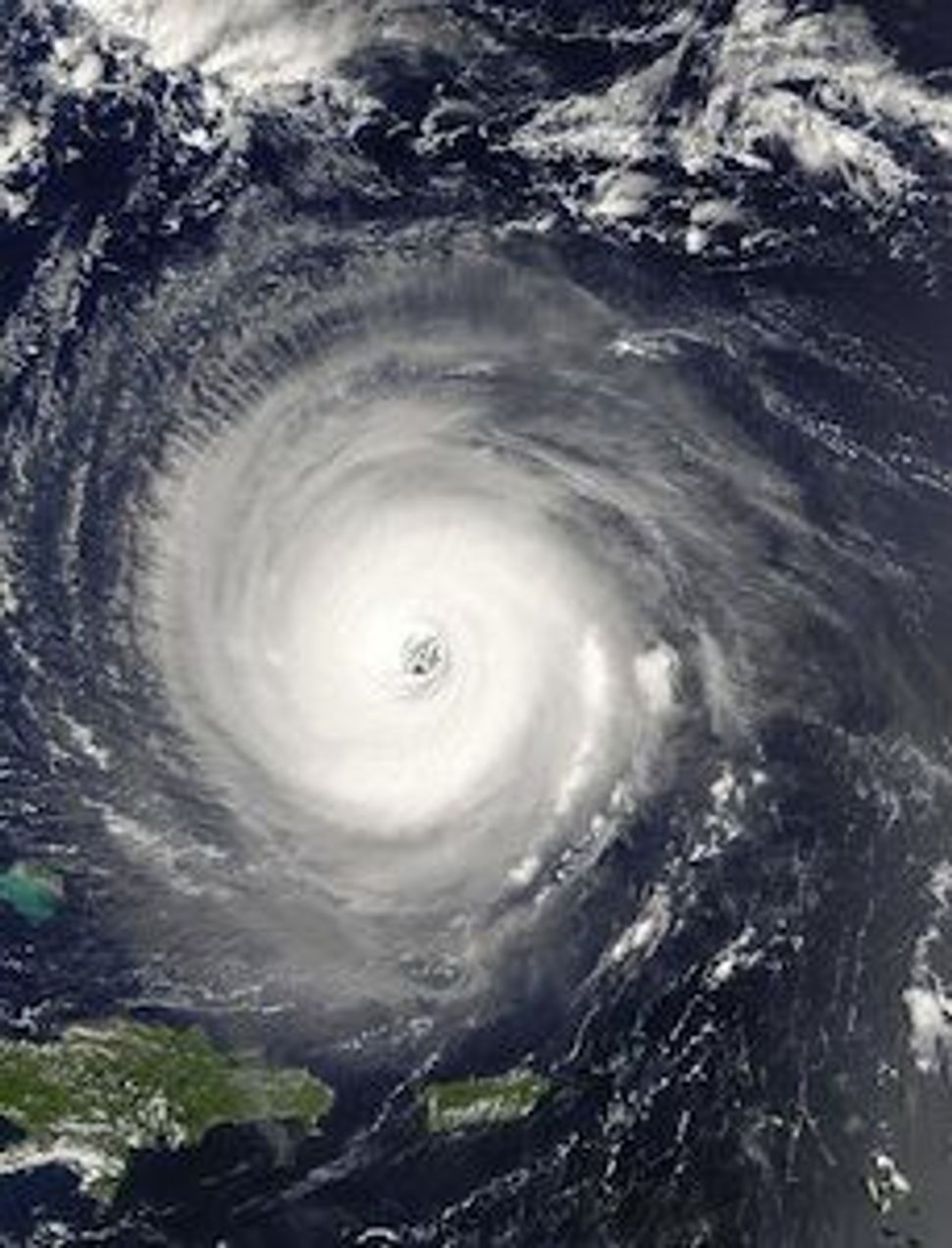 Sitting on the couch in my Brooklyn apartment, staring at the bright gray sky with trees blowing vehemently in the wind, I feel as if I am waiting for the world to end. My parents called me, as did my aunt, and my grandparents. My cousins sent emails, and my friends sent instant messages, only for me to respond that we are still waiting for the worst of it, and that if I were still home in Detroit people would probably still be driving 75 mph down the highway.

It’s not like this is the first natural disaster, or even disaster, I’ve ever been through. In 5th grade, I remember the principal telling us stories as we sat with our heads tucked between our knees while a tornado ripped apart the grocery store next to my day school. I’ve seen monsoon storms in Nepal, and I’m sure we all remember where we were when we lost power for a number of days during the infamous Blackout. Earthquakes are not a part of my Midwestern reality, but I was sitting at my desk at Ha’aretz newspaper when the earthquake struck Japan a few years ago and heard the first hand accounts. Unfortunately, I’ve also been on lockdown after terrorist threats in Israel and in some ways, I know this “stay safe” drill all too well. It goes like this: put on your pajamas, download a few good shows, grab a hot drink in a giant mug and get comfortable — and in the midst of prepping for a few comfy days, you probably don’t want to forget to close all the windows, and fill up every vessel in your house with water.

Yesterday, I went to the local store to prepare for the storm. I grabbed a couple of apples and then started to load my cart with things I never buy: M&Ms, chips, and chocolate covered pretzels. I looked into my cart, a little bit embarrassed, and then noticed that everyone around me had the same items in their cart. I had two immediate thoughts in that moment: Firstly, these foods are so chock-full of preservatives which is why we are apt to grab them in the face of emergency. This thought led my to my second thought, which was that the first was way too generous. People simply like junk food, especially when they are going to be wearing sweatpants for an indeterminable amount of time.

I came home, laid out the junk food on the counter (yes, I still bought it) and opened up my computer. Maybe the newsfeed on my Facebook wall is more telling about my personality than I want it to be since it seems all my friends had the same thought: time to bake! It seemed every single person I know on the East Coast was making a pumpkin-inspired dish. With lines piling up around the blocks of most NYC grocery stores, based on my newsfeed it seems that all the stores must have run out water and cans of pumpkin. As I scrolled pictures and recipes of pumpkin pull-apart bread, cinnamon rolls, butters, smoothies and the like abounded. I even thought about going back to the store so I could make something pumpkin inspired myself, but decide against it since we some pumpkin flavored beers in our fridge.

Instead, I decided to try making vegan chia seed muffins. I found a recipe online, and had to make a few substitutions based on what we have in the house, including making bars instead of muffins, since we don’t have a muffin tin. Chia seeds are great because they are incredibly nutritious and leave you feeling full for a long time, which is perfect for not knowing the next time you’ll have power. As my healthy, less than 5 ingredient snack bakes away in the oven, I hada few final thoughts about staying healthy during the hurricane.

While I like to wear my pajamas as much as anyone else, there doesn’t need to be a reason to associate being stuck at home with unhealthy habits—after all, the gyms and yoga shelters are closed too! Additionally, we don’t have to pretend that since we may not be able to open our refrigerators for a while, that we can’t eat produce. Fruits and vegetables may last longer when they are in their respective humidity-sensor boxes in fridge, but they will survive sitting on the table too. While the water comes pouring down outside, and sits in various containers in your fridge, don’t forget to drink and stay hydrated. With this in mind, stay dry, stay safe, and stay healthy! And by all means, grab a bag of candy-just make sure to share it!

3) Add water one table spoon at a time, mixing continuously

Staying Healthy During a Hurricane