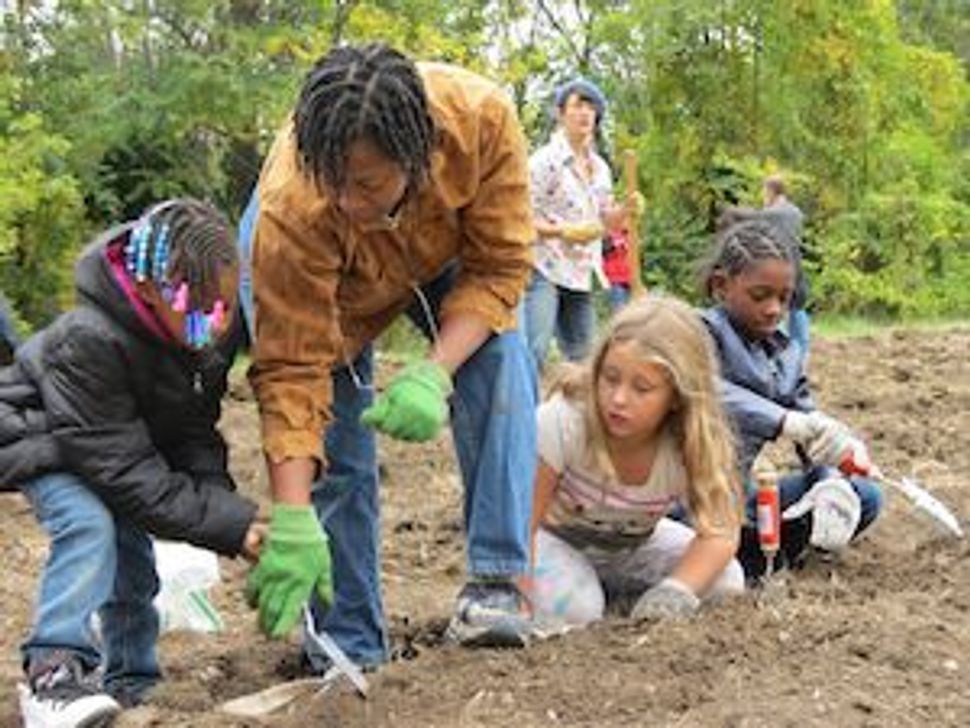 First, most of Detroit’s Jewish population exited the city for the suburbs over the course of the 50s and 60s. Much of this exit was motivated by post-WWII upward mobility, demographic shifts, and consequent racial tension. Also, most Jewish communities I’ve known in my life have been defined by insularity and exceptionalism, which led to my belief that, because the city of Detroit is 85% black, any Jewish Renaissance within its boarders was more likely to result in gentrification than integration.

Then, I met Chava. Born Karen Knox, Chava grew up in Detroit with the knowledge that her great grandmother was a Russian Jew who married an African American in the south in the late 1800s. I met Chava in 2009, around the time when she was about a year into a ritual conversion process. By 2012, she was celebrating her bat mitzvah amidst whoops and hollers like nothing you can imagine, because, you see, Chava is the kind of person a whole lot of people can fall in love with. And over the last few years, I have become one of those people. Also in Chava’s court are her neighbors, with whom she founded a block club in 2009.

Chava told me from the earliest days of our friendship that she dreamed of her neighborhood being a Jewish community. When she first told me this, I cringed, imagining her working class neighbors steadily replaced by eager young white Jews like myself, replicating the cycles of injustice I yearned to ameliorate. But Chava’s vision was not to be so oversimplified, and through her and her neighborhood, which she auspiciously named Eden Gardens, I’ve begun to understand that a different kind of Jewish community is possible. As Chava and I realized our shared passion for community, Judaism, and food, we sought a grant from the Jewish Women’s foundation of Metro Detroit through the Isaac Agree Downtown Synagogue to start a faith-based farm in Eden Gardens with the express purpose of growing relationships between two communities, her neighborhood (predominantly African-American), and our shul. Chava and I saw this work as one small effort to repair relationships long-ago abandoned in our region.

Faith is a part of our work not only because of our own Jewish identities, but because we see faith and spirituality playing a big role in convening difficult dialogues, in creating safe spaces, and in growing our souls as we grow our food. As Chava and I broke ground in the garden this fall, with a steady group of neighborhood residents and synagogue goers at our side, we were overjoyed to observe and participate in the growing of relationships from the ground up. And, as we begin the process of gathering together this winter to discuss spring plans, we feel certain that we’ll simultaneously be feasting on great food, and the deep bonds that become possible when we share.

Chava and I are traveling out east to this year’s Hazon food conference, where (thanks to a local funder) a group of metro-Detroiters are going to spend 4 days listening, learning, and conversing about food, Judaism, and place. For Chava and I, our place is Eden Gardens. I couldn’t feel more blessed, or more radically rooted, alive, and Jewish, than I do because I have the opportunity to be a part of a community that challenges and informs my notions of what is possible.