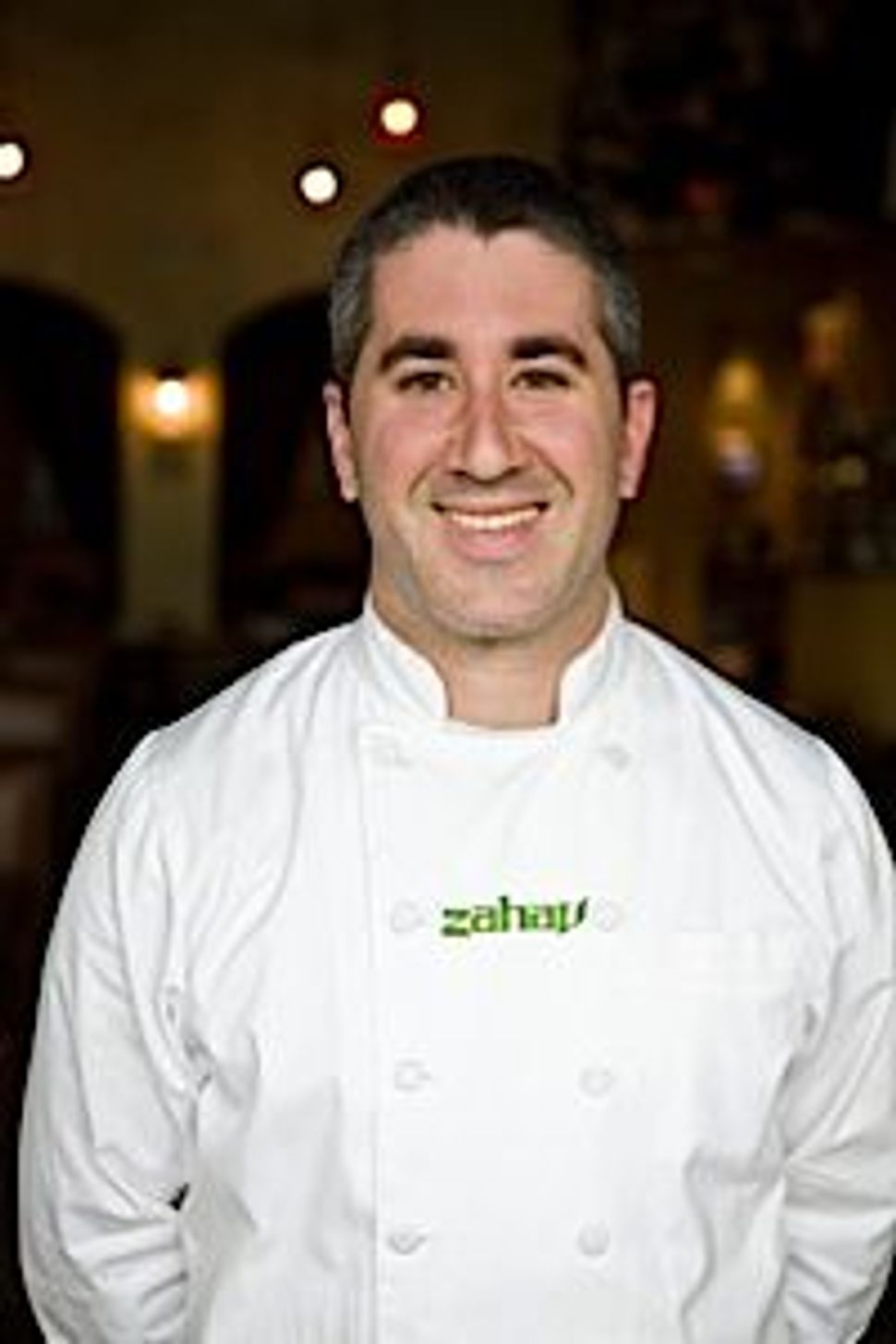 This blog post is cross-posted from What Is Your Food Worth.

Ask anyone who’s the biggest macher on Philadelphia’s Jewish restaurant scene, and the answer is invariably the same: Chef Michael Solomonov.

Chef Solomonov is best known for Zahav, his shrine to modern Israeli cooking. But in recent years, he’s added Percy Street Barbecue and the Federal Donuts chicken-and-doughnut joints to his growing restaurant empire.

In early November, Chef Solomonov threw the doors open on his newest venture, the Main Line glatt kosher restaurant and catering company Citron and Rose. He’s re-imagining some kosher classics (chopped liver paired with sour cherry, chocolate and pumpernickel; cholent with crispy duck breast standing in for the classic beef or chicken) and even serving a few kosher cocktails (the Lower East Side, made with gin, cucumber and dill; the Reb Roy, with Manischewitz replacing the Rob Roy’s vermouth). Here’s a look at the complete dinner menu.

Community Kashrus of Greater Philadelphia will be handling the stringent kosher supervision. The owners assure that Citron and Rose “will follow…every tenet of kosher cooking…[it will be] overseen from open to close daily by a mashgiach and not serving on Fridays and Saturdays.”

In one of his rare free moments, Chef Solomonov was kind enough to answer our questions about the restaurant, kashrut, his feelings on “Jewish food,” and sustainability. (If you’d like to hear more from Chef Solomonov, join us at his talk at Congregation Rodeph Shalom on December 5.)

What Is Your Food Worth: Thanks for taking the time to answer my questions. What inspired you to open a glatt kosher restaurant? Was it simply noticing a market that you thought was underserved, or was it an idea you’d be mulling over for a long time?**

Michael Solomonov: I think it was a bit of both. After the success of Zahav, the lure of other traditional foods really called to me. There wasn’t anyone else in the area doing anything of this nature, and I felt qualified and capable of bringing these foods to a broader audience.

At a recent panel in NY on the “Future of Jewish Food,” the panelists (Joan Nathan, Mitchell Davis, Gail Simmons, Josh Ozersky, Jordana Rothman) struggled to define “Jewish food.” How would you define it?

Jewish food is actually a pretty broad designation, and I think it can encompass a lot of different culinary styles, from traditional Israeli and Middle Eastern dishes to what we think of as more ‘American’ Jewish foods such as matzoh ball soup and bagels. In my mind, defining any food by a culture associated with it simply means it’s a dish that is enjoyed by or prepared especially for a particular group or in a particular place.

On that note–what’s your favorite Jewish food, and who makes the best version of it?

My favorite Jewish food is the bagel. My current favorite variety is the one being made at Citron and Rose by my sous chef Tova.

Another restaurateur serving “Jewish food” (Noah Benamoff of Mile End Deli in NY) told me that getting kosher certification was such a complex (and expensive) process that he decided to forgo it entirely. Was it difficult to get certified? Did the rabbis balk when they heard you were serving pork–and lots of it–at Percy St. BBQ?

It wasn’t an easy process, per se, but that was also some of the appeal – Steve Cook and I liked the idea of creating something truly authentic and being bound by those restrictions and responsibilities. Working with the rabbis to ensure that all our food is up to the exacting standards of glatt kosher broadens my creativity as a chef and also makes our food accessible to an audience – those who keep kosher – that might otherwise have been isolated by this restaurant.

Do you think that kashrut has changed the way you think about sustainability and how you source ingredients?

We keep to the kashrut standards at Citron and Rose, which means we make a lot of phone calls to find great kosher ingredients

Speaking of which, how will cooking kosher change the way you work in the kitchen and plan menus? Do you think you’ll miss finishing sauces with butter, say?

I’m definitely a butter fan, but again, the creativity of using new and different ingredients to mimic that quality, or changing dishes entirely to work without it, drives me forward and inspires me. I’ve always been a fan of adapting ingredients and putting them to new uses, and building this menu has been a fun challenge for me towards that end.

One last one: I am unhealthily obsessed with your hummus at Zahav, especially the butter-topped Turkish version. I’ve tried to replicate it at home with no success. Any hummus-making tips?

It’s all about keeping the chick peas super soft and having cold water handy when you are blending, because it a little bit will help make the hummus smooth.