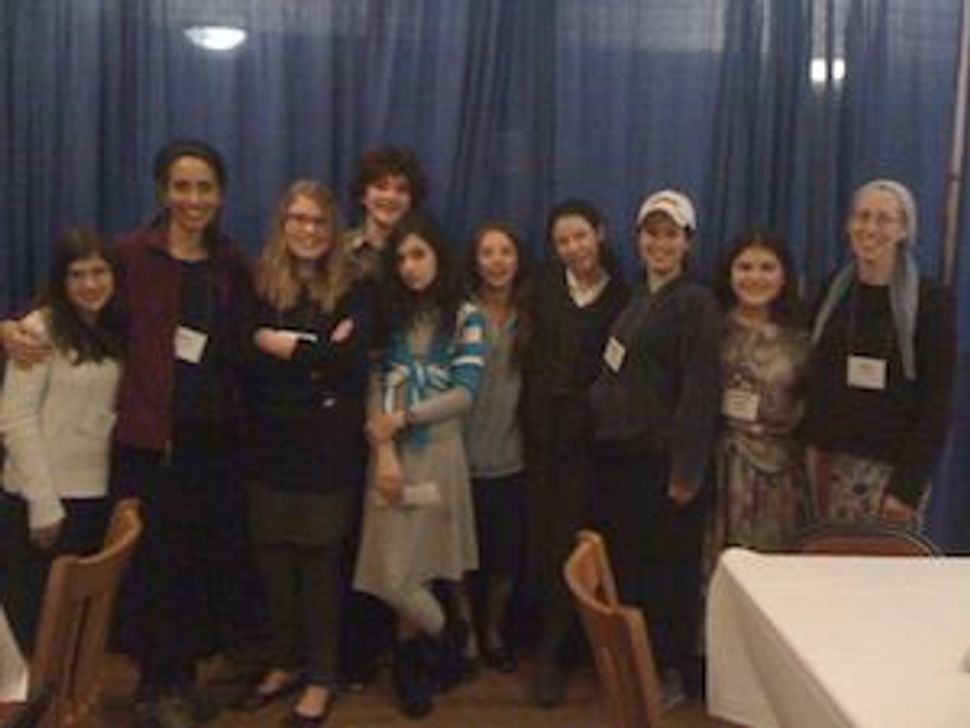 “I want to rescue food from the dumpster.” Rescue? Food? How do those two words go together? This was a statement I heard when sitting down to watch the documentary Dive at the 8th annual Hazon Food Conference. I watched the preview, saw what looked to be a group of middle and possibly upper class friends diving into dumpsters behind grocery stores to “save” food that would otherwise end up in a landfill. They would then bring this food home to their families and children, cook it up and serve it for dinner. Interesting concept. Could I ever dumpster dive? I purell my hands after touching a doorknob so probably not.

But as I watched on, I saw that the food being thrown away was good edible food either closing in on the expiration date or about to expire that day, but the grocery stores could no longer sell this food because of their best by date. The food was clean and packaged together in large garbage bags; not mixed with the regular trash as one might have originally thought. But it was surprising to find out that grocery stores were throwing out all their fruit, vegetables, meats, and breads instead of giving it to food banks and the hungry. One diver acquired a large freezer and he saved enough meat in a week, to feed his family for one year! Take a minute to do the math on that.

Some might argue the issue of being sued or liability associated with giving away the food that feeds their dumpsters but that’s not the case. Clinton passed The Bill Emerson Good Samaritan Food Donation Act which is a law that protects good faith food donors from civil and criminal liability, should the product later cause harm to it’s recipient. So why isn’t every corporation donating their excess food? It seems to be more about the time and labor going into packing, transporting and handling the food than anything else. But if grocery stores are ordering more food than they can sell on a weekly basis, where’s the accountability? And if they aren’t accountable, then who is? As one dumpster diver states, “We’re feeding our landfill as much as we are feeding our country”.

It doesn’t end there. It’s not just waste in the stores, but waste on the farms as well. While this may not be happening maliciously as a group of middle and high school students from The Binah School in Sharon, Massachusetts discovered, it’s still happening. During a project based learning study, ten teenage female students delved into the topics of food waste, hunger and gleaning; the act of collecting leftover crops from farmers’ fields after they have been commercially harvested or on fields where it is not economically profitable to harvest. Talya Rogoff eloquently introduced their ideas stating she hopes their presentation inspires compassion for the hungry and helps you to join in on a solution. How old are you? And when can you run for office?

Facts along the lines of 40 percent of all farming goes to waste in agriculture poured out their mouths and hearts. This sounded high but examples quickly followed. Bruised fruit and vegetables that people don’t want to buy are wasted, abundance of food and the inability to sell it in a timely manner was addressed, natural causes and deterioration on the farm are a factor, as are people and companies simply not picking up the food they ordered ahead of time.

To counter act some of these issues, there are farms out there that offset their own potential waste such as The Food Project Farm in Boston. The girls mentioned that this farm saves less than perfect extra produce for the poor, and if shareholders don’t pick up their weekly CSA bin (Community Supported Agriculture); a box of groceries that is picked from the farm on a weekly bases and given to shareholders, then that too goes to the food bank.

With 1.3 billion tons of food wasted annually around the world, about one third of all food produced, and over 900 million people going hungry, 49 million of those being Americans, this paradigm needs a shift.

And so after an insightful and thought provoking night on food waste and dumpster diving I found myself wanting to do something. My former opinion had shifted in just a few hours and I realized that if this can happen to one person, what would happen if multiples of us spoke up and told our local grocery stores and farmers that we want to shop at stores that instill ethical food practices.

I then saw myself putting blue latex gloves on my freshly washed hands and diving into that dumpster in back of a Trader Joe’s alongside the pros. Will I actually do it? If you know me then you know the answer is probably yes. I think it’s important for us to stretch our boundaries and lead by example. And I also know that experiencing something resonates deeper within us, in a way that learning through listening alone cannot. Like Talya from The Binah School taught me, “We learned a lot more by doing this project than we ever possibly could out of a text book”

Casey Krebs is a UCCE Certified Master Gardener and Food Writer with a focus on organic and sustainable restaurants and local artisan food. You can find more of her work at RipeInYourNeighborhood.com and contact her at [email protected] with questions or comments.