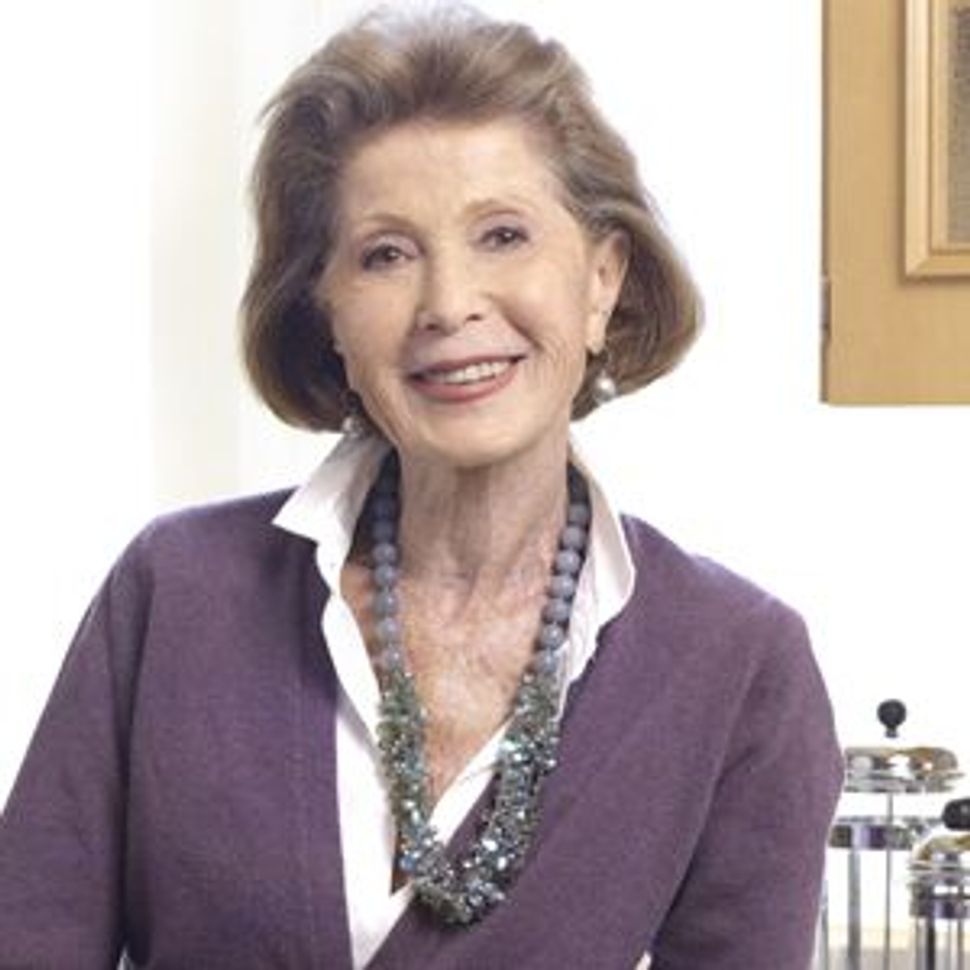 Helen Nash was born into an old rabbinical family in Cracow, Poland. In New York City, where she has spent most of her life, she studied with world-famous cooks Michael Field, Marcella Hazan, Lydie Marshall, and Millie Chan. An accomplished lecturer and teacher, she has given demonstrations at New York University and the legendary De Gustibus cooking school at Macy’s, as well as at numerous synagogues and Jewish community centers.

What was your motivation for starting to write cookbooks originally, and what was the motivation in particular behind this most recent cookbook? How have your cooking, and your cookbooks, changed over the years?

The first time I started cooking goes back to 55 years ago. At that time some women defined themselves by what kind of home they created. It was not acceptable in some families to work outside of the home, certainly not in religious circles. During the war I was not exposed to food; we lived on rations of minimal nature. After the war it was difficult to find food until we came to the U.S. I did speak English but the culture was so alien and everything was so difficult. Both of my parents were working and I had zero exposure to variety within food. After I married, I found myself in the company of my husband’s friends, who were secular. When I entertained, our friends’ preconceived notion was: “Kosher food is gray, overcooked and heavy.” I said to myself that this attitude was unfair and really had nothing to do with kosher food. They were of course referring to Eastern European Jewish food like gefilte fish or chopped liver (which incidentally is in my book and is quite delicious!). It became a bit of a crusade of mine to change that attitude. I needed to develop cookery skills; so I bought cookbooks, studied, took classes, always eating vegetarian and dairy and avoiding [non-kosher] dishes when they were served in cooking classes.

After my daughter went to college a friend of my husband’s came to dinner. He was an editor at Random House and a foodie. I had served some puff pastry made with margarine after a meat meal. He was impressed and he told me that if I wanted to write a cookbook he would publish it. So I did. I look at that first cookbook now and see that it belonged to another food culture; it was quite complicated and not concerned with nutrition at all.

About four years later, after I took many more cooking classes and worked to make my dishes simpler, this editor published my second cookbook. I really had no intention of writing a third book. Then my husband suffered a stroke and was no longer mobile so he was home and I boosted his strength for about five years accumulating nutritious foods, serving smaller portions, using new kosher ingredients. We now have many new hekshered ingredients like vinegars, mustards and oils. Years ago we didn’t even have kosher pasta or parmesan cheese, wasabi or panko. No one ate fusion food. No one ate raw fish.

I still was not planning to write another book but, after my husband died, writing another cookbook became a catharsis and it gave me a focus. I had developed a different philosophy of eating based on nutrition, portion control and variety. I concentrated on grains, salads, pastas, fish and vegetarian dishes and wrote a whole section on luncheon dishes, as lunch was a meal my husband particularly enjoyed.

What do you find the most challenging, and most rewarding, aspects of writing and publishing cookbooks? The least rewarding is promoting the book and the most rewarding is creating a dish. Risotto, for example, that I made over and over ad nauseum, since the most common way takes too long. In my newest book I created a preparation that is simpler and more accessible. I also have a chocolate soufflé which I think is foolproof: you combine everything including egg whites, keep the mixture in the fridge and take it straight from the refrigerator to bake.

What do you see as the relevance of kashrut in today’s society? It’s extraordinarily important in our society. Forgetting that it’s a law, if you think about Friday night as a night for focusing on family and friends and as a way to get involved in the community, you create conversations at the dinner table that rise above the mundane – relating to the Jewish way of living and Jewish ethical values. It is a whole gestalt that I can’t really break down, but I don’t think I could have brought up my children without it. Friday night is something to look forward to every week.

As someone who has always had values behind your cooking, what is your take on using food to support health, nutrition and sustainability?

I think Hazon is a fabulous organization; I would like to see you expand and get into the psyche of more people in the community. We have to remain aware of the responsibility for our health. Maimonides said we have to take care of ourselves first, then the family and then the community. Who else will do it for you if you are not aware of what you are putting in your mouth? When I lecture I always say the ingredients should be seasonal and of the best quality if possible.

What are your main words of advice for people just learning how to cook today? What should people start with if they are intimidated in the kitchen?

I wish there would be a place to teach the essential cookery techniques: how to steam, how to stir fry , how to roast, how to sauté, what utensils to use. In my book I have a section on techniques, on utensils and on ingredients but I wish there was a place for a young person to learn simple basic food preparations. It is not hard but if you had no exposure to food you may find it confusing. If you are kosher you also need so much more storage space because you need to duplicate everything. I tried hard not to burden a recipe with many ingredients because I am respectful of peoples’ space. When Betty Friedan came around and redefined womens’ work, she said women should get out of the kitchen. The kitchen is not enslavement; it is a wonderful way to keep the family together. It is also a great way to give children responsibility; my children created a meal once a week under my supervision. I don’t see this happening so much now but maybe it will come back. I see my grandchildren’s friends and they really don’t know the simplest things about cooking. I’m hoping this particular book will be helpful in teaching some of those basics.

2) Wipe the mushrooms with a damp paper towel and cut them into thin slices.

5) Remove and discard the dill. Season to taste with salt and pepper.

6) Before serving, garnish with 2 dill sprigs, snipped finely with scissors.