Where To Get Your Chinese Food On, On Christmas 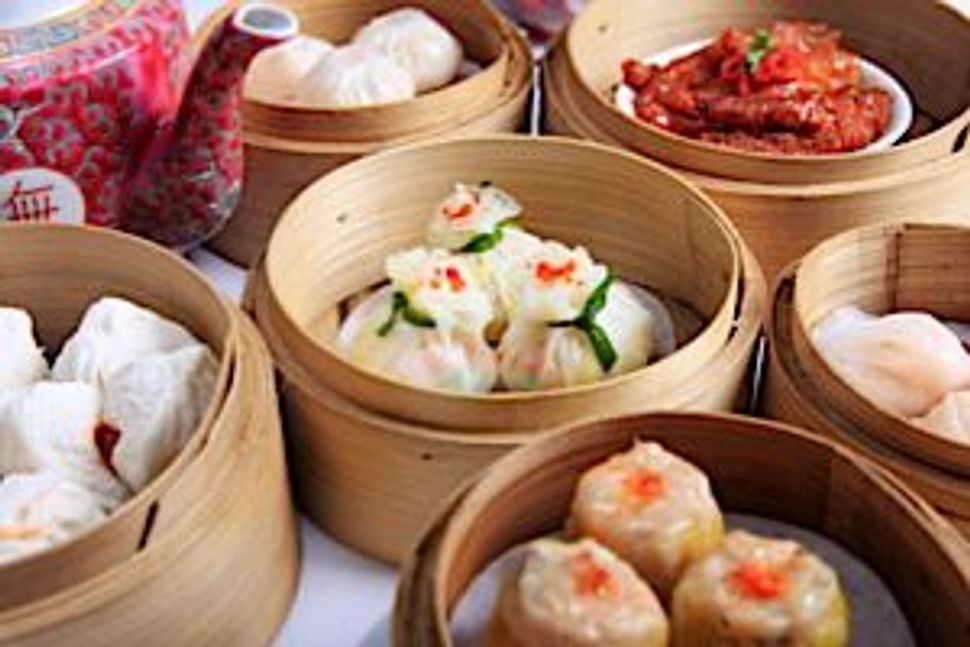 For many Jews, going out for Chinese food on Christmas is a time-honored ritual — almost as classic as eating matzo on Passover. But as with any tradition, the fun lies in making it your own. Go beyond cookie-cutter Christmas Chinese with our picks in New York and beyond.

’Twas the Night Before Christmas

New Yorkers can get started early at the second annual Woks and Lox celebration on Christmas Eve. This year, Asian-Jewish fusion cuisine returns to Astoria’s Queens Kickshaw along with the promise of “Bar Mitzvah-esque partying,” Mah Jong and a Chinese auction. Tickets for the full dinner are already sold out, but you can sample a menu of snacks by Chichi Wang for $28 at the Nosh Party, which starts at 8pm.

The Ultimate Dinner and a Movie

Finding sizzling beef and a blockbuster for Christmas Day couldn’t be easier thanks to this Serious Eats roundup of Chinese fare located near movie theaters in New York. Moviefone has a list of Christmas movie releases.

From Coast to Coast

In DC, Eater recommends Chinese fare at [Ming’s][11]. It’s a favorite of local chefs including Scott Drewno from the Source.

And of course, there’s no shortage of Chinese food options in San Francisco. Gayot has a list of ten picks, including Hong Kong-style Utopia Cafe, a casual, budget-friendly spot popular with Chinatown locals, and hip Mission Chinese Food, which draws crowds for its Kung Pao Pastrami.

If you don’t have a local favorite restaurant or would just prefer to stay in, Food 52 has a roundup of eight takeout-inspired dishes you can make at home, including red bean rugelach.

Where To Get Your Chinese Food On, On Christmas